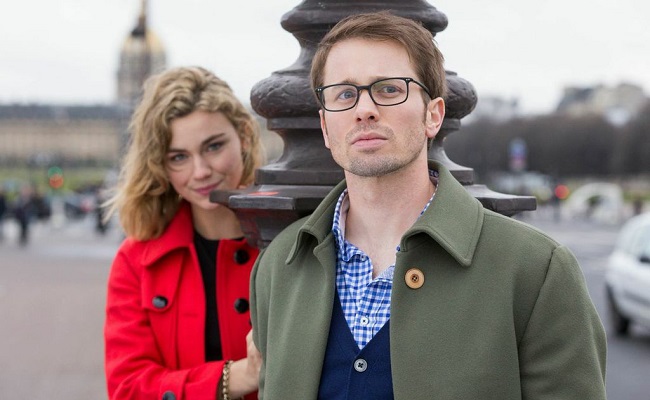 Fresh on the heels of the Two Bellmen release, Marriott Content Studio has another short film ready to make its debut. The hotel chain’s digital studio has announced its newest project, a romantic mystery dubbed French Kiss, will premiere on multiple platforms on May 19, 2015.

French Kiss stars Tyler Ritter (of The McCarthys fame) as Ethan, a work-obsessed American set to speak at an innovation conference at Marriott’s Champs Élysées hotel. Ethan’s secret admirer Margaux (French model and actress Margot Luciarte) tricks him into following a string of clues across the city of Paris to discover all its wonders, but whether or not Margaux is real or just a figment of Ethan’s imagination is a mystery.

Marriott’s romantic flick was the result of a deal struck in October 2014 between the content studio and producers Ian Sander and Kim Moses of Sander/Moses & SLAM. Sander and Moses are the creative team responsible for the TV shows like Ghost Whisperer and Profiler, as well as four feature films.

“We loved having the opportunity to work with Marriott in supporting its commitment to produce high-quality, entertaining content globally,” said Moses, Executive Producer of French Kiss, in a release. “We are incredibly proud and excited to introduce the magical realism of our newest film, French Kiss, to remind the world that in the stunningly beautiful, romantic city of Paris, wondrous things are possible. And, in an era when everyone has their eyes glued to their digital devices, French Kiss delivers the universal message that the best way to travel brilliantly is: eyes forward.”

“I am thrilled to have Tyler starring in our latest film and I have admired Kim and Ian’s work for many years,” added David Beebe, VP of Creative and Content Marketing at Marriott International. “Not only are they innovative storytellers, but they were among the first producers to understand and execute a multi-platform distribution strategy. French Kiss will propel our ‘3Cs’ strategy of producing entertaining and informative content that builds communities of people passionate about travel who will drive commerce to our company’s global portfolio of hotels.”

French Kiss will be available on YouTube on May 19. The film will also be distributed on other digital platforms (like marriott.com), in theaters, on hotel room screens, and to Marriott’s 47 million reward members.