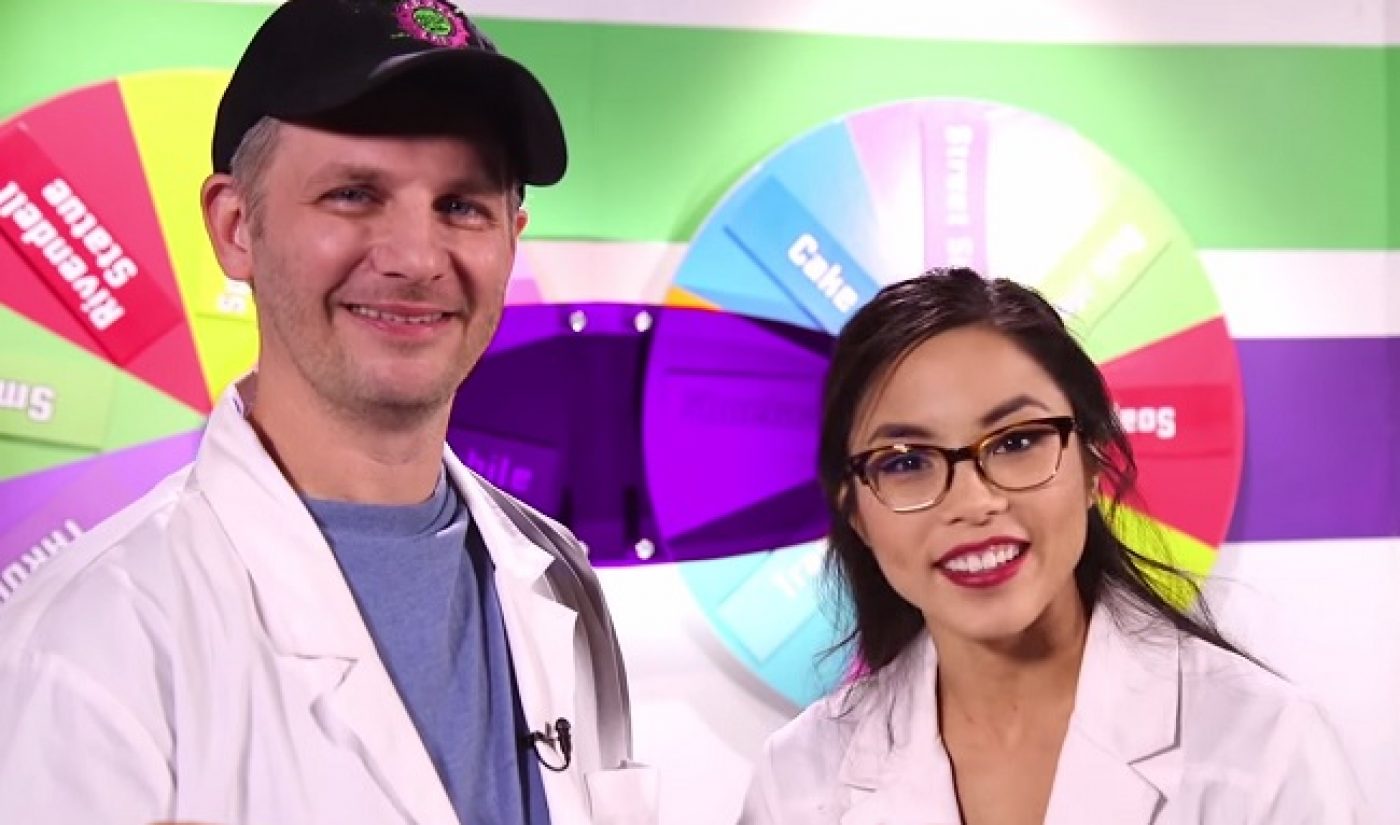 Geek & Sundry has a new series aimed at all the creative crafters and do-it-yourself-ers in the geek world. The nerdy network, founded by Felicia Day and owned by Legendary Entertainment, will debut Craft Lab on March 17, 2015.

Craft Lab is hosted by Hollywood production designer Greg Aronowitz (of The Haunted Mansion and Batman and Robin) and YouTube star Anna Akana. In each episode, the team of crafters spins two different wheels, one showing pop culture characters and another showing building materials. The items on each wheel were previously chosen by Geek & Sundry viewers. Aronowitz and Akana spin the wheels and must create a piece of art using the matched selections. The premiere episode of Craft Lab features a version of The Hobbit’s Smaug made out of plastic spoons.

A Geek & Sundry rep notes that while the show centers on crafting projects, most of the episodes will feature ideas average DIY geeks aren’t likely create in their own homes. Instead, Craft Lab’s overall goal is meant to inspire millennial crafters to boost their own creativity and come up with more daring inventions and projects of their own.