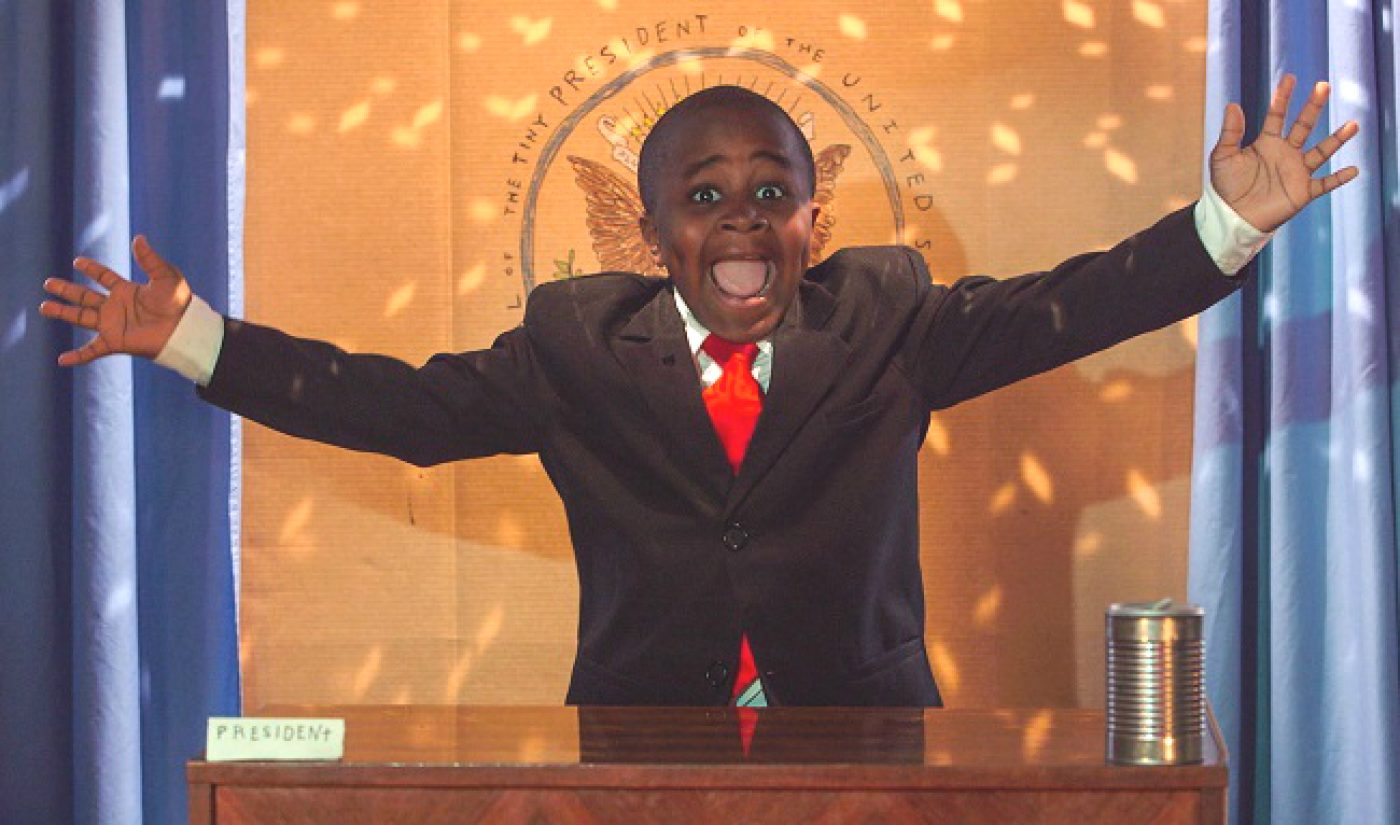 Kid President is on the road promoting his book Kid President’s Guide to Being Awesome, which is set for launch on February 3. As part of that tour, the 11-year-old Internet star has partnered with PBS Digital Studios to throw a pop art show in various elementary schools across the U.S.

In Guide to Being Awesome, Kid President (whose real name is Robby Novak) writes about many different ways to make the world a better place. Number 60 is all about hosting a pop art show, which is what Kid President, YouTube channel SoulPancake, and Novak’s brother-in-law (and co-creator of the Kid President character) Brad Montague are doing for elementary students.

The art shows are made possible by PBS Digital’s The Art Assignment series, hosted by Sarah Urist Green, wife of the Vlogbrothers’ John Green. According to The Video Ink (where the story was originally reported), Montague and Novak wanted to help elementary students put into practice lessons from Kid President’s Guide to Being Awesome book by learning about “art, self-expression, and making the world more awesome.”

Additionally, The Video Ink reports that a few popular YouTubers will also help spread the word about Kid President’s upcoming book launch. GloZell, Mamrie Hart, EvanTubeHD, and Mike Falzone have been tapped to demonstrate different ways to be awesome (as outlined in Kid President’s book) in their videos throughout the coming week.

Kid President’s book is the most recent undertaking in a lineup of insightful projects for the mini-sized Commander-in-Chief. After being officially endorsed by the White House, Kid President debuted his TV show Declaration of Awesomeness on HUB Network in June 2014. More recently, he teamed up with SoulPancake to throw a surprise party for a retiring teacher.

You can read more about Kid President’s book and pre-order the piece at soulpancake.com/kpbook.