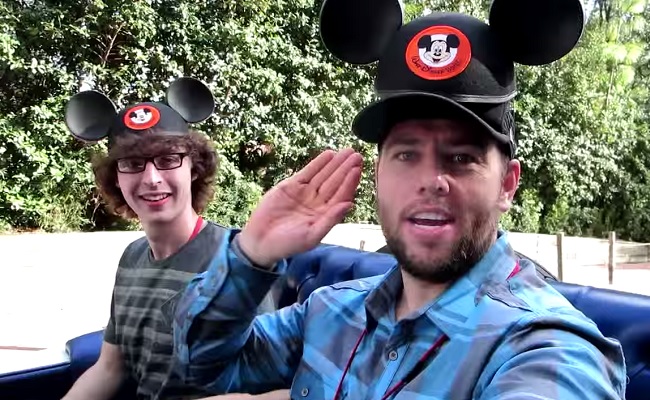 The Walt Disney Company is working hard to welcome Maker Studios (which it acquired in March 2014 for somewhere in the ballpark of $500 to $950 million) into the Disney family. The two brands partnered to host the #DisneySide All-Star Creator Conference, which took place January 15-18, 2015 at Walt Disney World Resort.

Disney and Maker’s Creator Conference was developed to help inspire and grow the careers of Maker’s 55,000+ content partners as part of the Disney Side initiative. As the event title indicates, the conference boasted seminars, discussions, and presentations about how to succeed online from a cavalcade of Maker’s digital stars that included the likes of ShayCarl, Stampylonghead, AlphaCat, Charisma Star, and Nice Peter and EpicLLYOD of Epic Rap Battles of History (which recently concluded a truly epic fourth season). The speakers and attendees were, of course, all encouraged to show off their #DisneySide.

But the All-Star Creator Conference wasn’t limited to only Maker creators. Back in the fall of 2014, Disney invited would-be YouTube celebrities ages 18 and over to submit a video showing their #DisneySide for a chance to win a trip to the conference. The winners were able to meet the attendees from Maker’s network and learn industry tricks and tips to help them move from up-and-coming YouTubers to digital celebrities. Here’s the video AlphaCat made explaining the November 2014 contest:

In addition to the conference, video creators were able to hang out with each other after-hours, explore Walt Disney World, and film anywhere within the park’s limits to show their #DisneySide. And if Maker’s social media accounts were any indication, the MCN’s creators did plenty of all three.

Here’s a video from ShayCarl of himself, Stampylonghead, MrLeoZombie, SarahSnitch, and Bianca Alexa reigning as the Grand Marshals in the Magic Kingdom parade (start the video at 14:43):

Sam Macaroni and AlphaCat deemed themselves worthy of visiting Cinderella’s Castle and sitting on her luxe furniture:

@sammacaroni and @alphacat are moving into Cinderella’s Castle… And they’re stoked. #makerallstar #disneyside

And here’s a bunch of Maker creators having way too much fun on one of the theme park rides:

Overall, the #DisneySide All-Star Creator Conference appears to have been a success. The creators look like they had a blast and it was one of the first steps of many to make Maker Studios feel more at home within the Disney family. We wouldn’t be surprised if Disney and Maker resurrect the event again for next year as part of a slew of other co-branded initiatives.