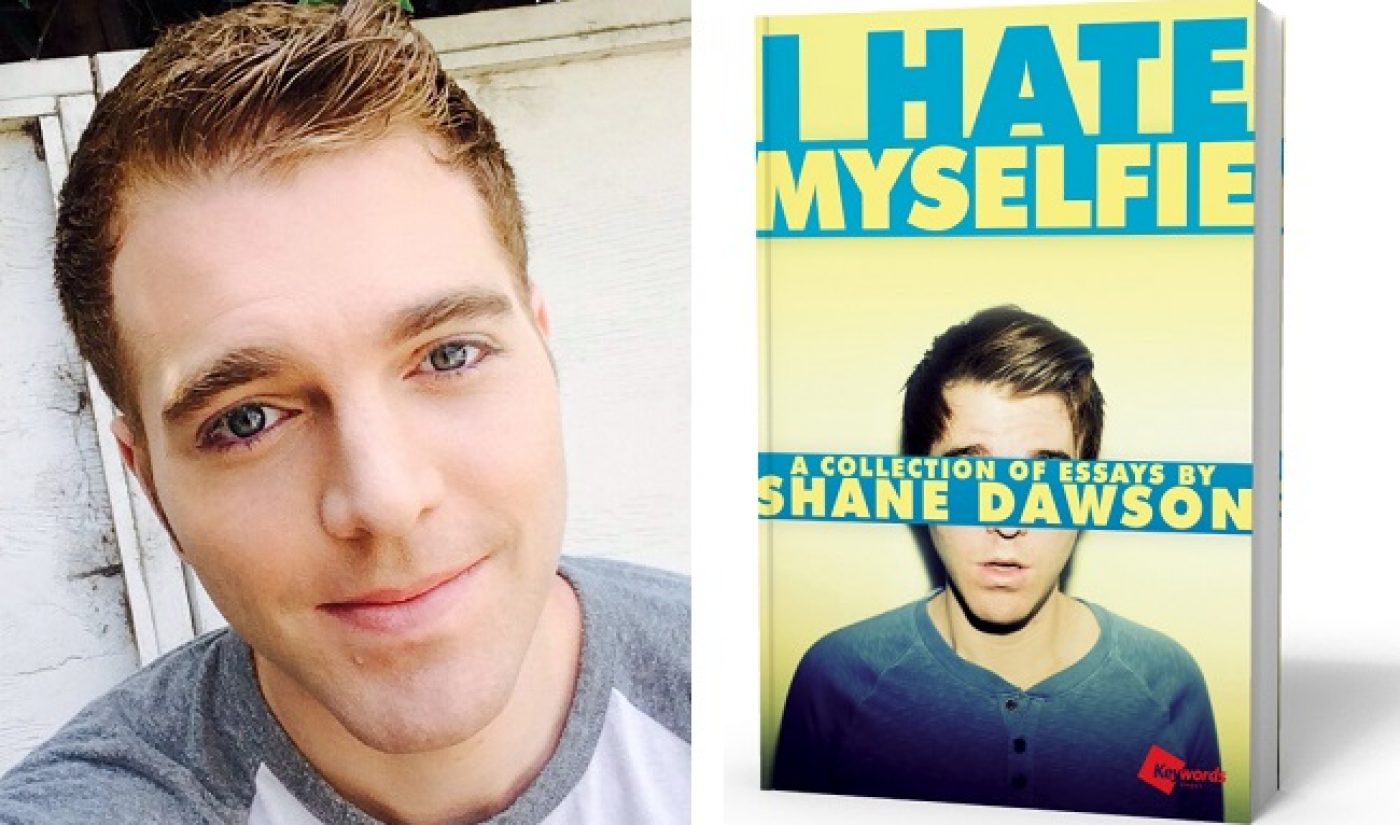 Shane Dawson knows his videos (and feature-length films) aren’t for everyone, but he doesn’t think that preference should stop people from reading his upcoming book. The memoir is called I Hate Myselfie and will feature personal essays surrounding the YouTuber’s life to which fans and haters alike may ultimately relate.

I Hate Myselfie will contain 18 personal pieces about Dawson’s life before he had over 13.1 million subscribers across three different YouTube channels and won Starz’ The Chair for his film Not Cool. All 240 pages will cover very down-to-earth (and even serious) topics from the digital star’s experiences, like struggling with weight, growing up poor, and getting fired from his job at Jenny Craig for making YouTube videos. He told Variety he even included “thoughts on astral projection and the nature of the universe — I kind of just put it all out there.”

The YouTube star and filmmaker explained how he didn’t think he could “pull off a novel.” Instead, he aimed for a collection of personal prose. To prepare and gain ideas for his own publication, he read memoirs from comedians such as Tina Fey and Sarah Silverman. “The main thing I got from them was, you didn’t need a beginning, middle or end,” he said.

Dawson claims to not take himself too seriously in his memoir, as he said he knows what he does for a living is “ridiculous.” But he doesn’t want that to turn people away from reading his book, especially those readers who are past their teenage years. “Hopefully, an older demographic will read this, even if they find my YouTube videos annoying,” he said. “I have a lot of fans who have grown up over the last six years.”

Dawson was one of five YouTubers (along with iJustine, ShayCarl, Connor Franta, and Joey Graceffa) Simon and Schuster’s Keywords Press enlisted back in May 2014 to write a book. The Keywords imprint, a department of the larger publishing company, was started in conjunction with Hollywood talent agency UTA (that also reps Dawson) and focuses entirely on working with digital and YouTube stars and delivering print products to their fans. Other publishers have released books by YouTubers, too. Grace Helbig (whose book hit #1 on the New York Times bestsellers list) and Zoe Sugg aka Zoella (whose title reached #1 on Amazon’s “hot new teen releases” list within a few days of publication) are just two of the latest examples to have seen success in the publishing world.

I Hate Myselfie will be released on March 10, 2015. You can pre-order the paperback for $16 or the ebook for $11 from ihatemyselfiebook.com.