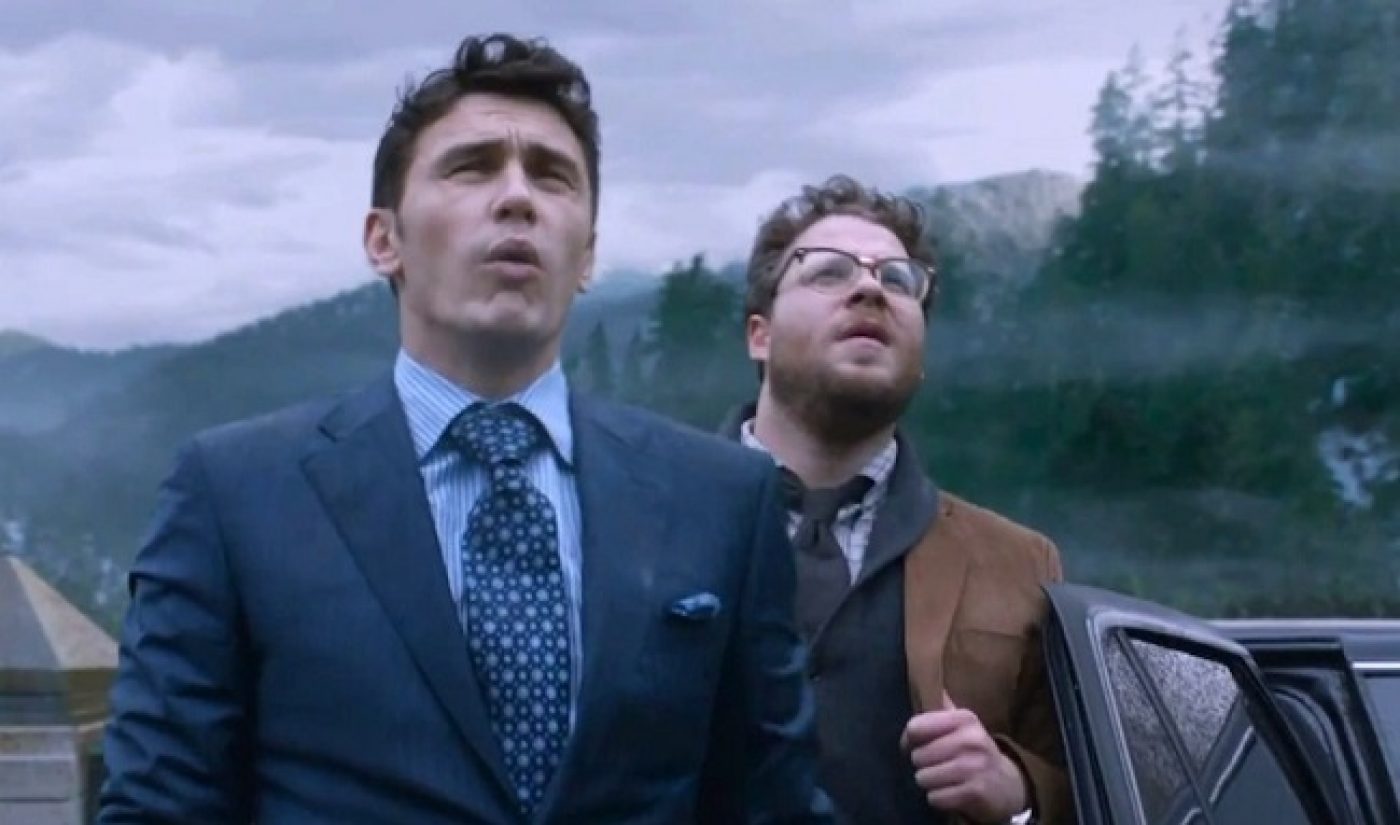 Sony Pictures didn’t intend to release The Interview online on Christmas Day 2014, but at least the studio will recoup some of its production losses. The comedy starring Seth Rogen and James Franco has garnered $31 million in online and streaming sales alone.

According to CNN Money, Sony put out a statement on January 6, 2015, detailing the figures for The Interview since its release. The $31 million in online revenue was generated by 4.3 million streaming rentals and digital purchases. Roughly $15 million of this revenue and 2 million of the film’s downloads came from the first four days after The Interview was put online.

This $31 million figure completely eclipses the offline earnings from The Interview. The film grossed only $5 million via physical movie cinemas. Granted, Sony partially had its hands tied here. After hackers threatened terrorist attacks on theaters, Sony decided to pull the film from more than 3,000 U.S. establishments. Once the studio decided last-minute not to give in to the threats, Sony was only able to get the film shown in roughly 300 theatres (and mostly independent ones at that), so The Interview’s ho-hum theater revenue shouldn’t come as a large surprised due to this limited release.

While the $31 million in revenue won’t make up for Sony’s cost of making The Interview (which was $44 million before promotion and marketing), the studio has seen lots of unique milestones because of the Rogen-Franco comedy’s online release. Sony noted on December 31, 2014 The Interview has become it’s #1-selling online film of all time, and hype around the controversial flick managed to drive more than 240,000 new subscribers to Sony’s Home Entertainment YouTube channel.