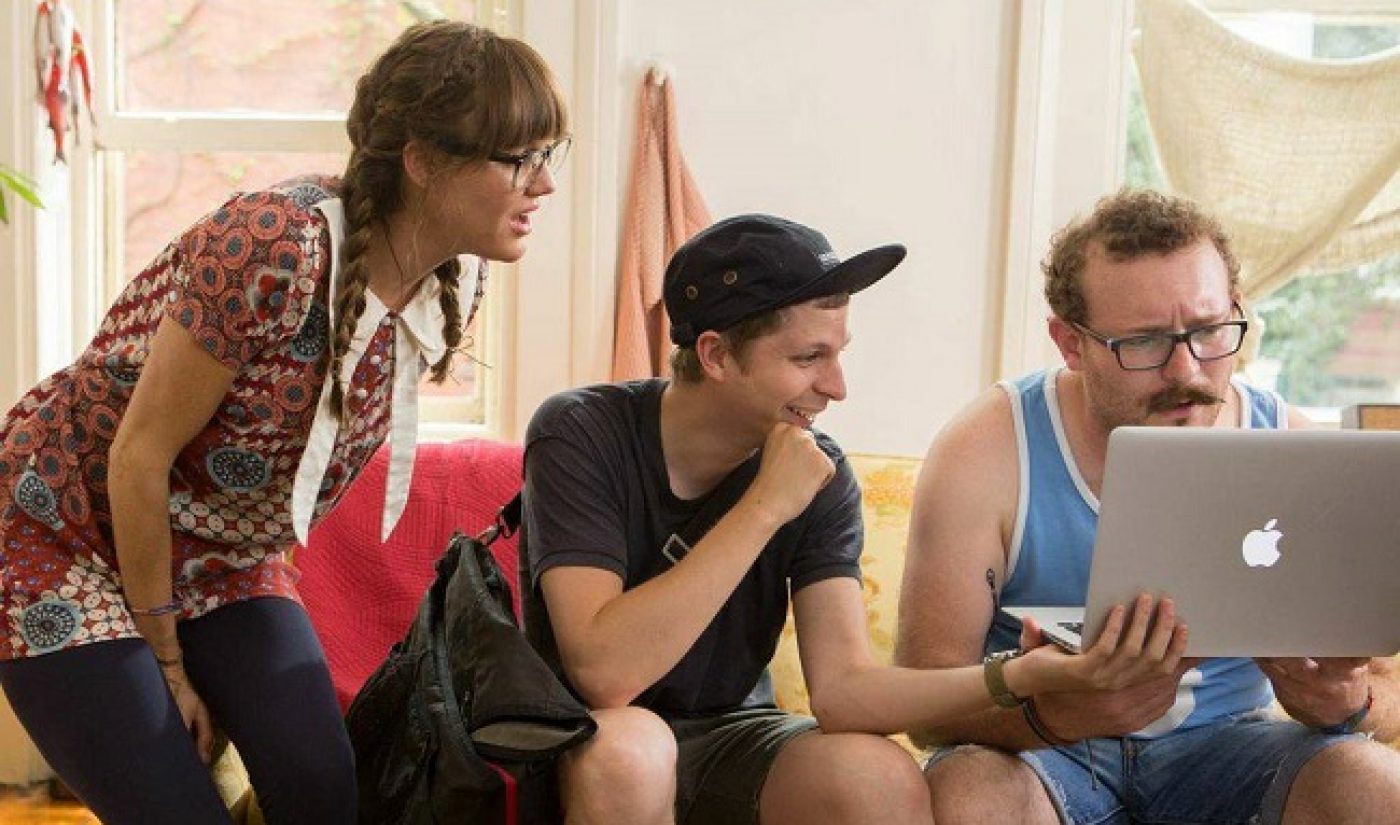 David Cross is betting online video audiences will pay to download his film as well as see it in select theaters willing to try out an uncanny distribution model. The Arrested Development actor plans to release his directorial debut Hits via BitTorrent Bundle on February 13, 2015, making it the first feature film released through BitTorrent’s Bundle format.

Hits looks at the enigmatic nature of YouTube fame by telling the story of a family from small town New York whose father becomes recognized nation-wide due to a video of his city council rant going viral. The film stars Amy Sedaris, Michael Cera, Meredith Hagner, Matt Walsh, and Jason Ritter. David Cross originally debuted the independent comedy at the Sundance Film Festival in 2014.

But instead of seeking a larger, Hollywood-level distributor, Cross has chosen to sell Hits using BitTorrent’s unique file-sharing system. The torrent site’s Bundles essentially package several files together in a large group and allow users to download them all in one fell swoop. Some of the files in the Bundles are free to download, while premium files come with a cost, but ultimately the creators of the Bundles decide if they will require payment to access any of their Bundle’s premium content. In Cross’s case, he’s chosen the latter “gateway” method and will ask users to pay what they want once they’ve downloaded the Bundle which includes his Hits.

The Verge reports that Cross said he made this distribution decision because he was “inspired in great part by what Thom Yorke and Radiohead did with BitTorrent, and what Louis C.K. did to redefine how an artist can get their material directly to fans.” Previously, Yorke used BitTorrent’s Bundles to release his solo album Tomorrow’s Modern Boxes, while Radiohead tried the pay-what-you-want model back in 2007. And Louis C.K. has released some of his comedy specials via distribution site Humble Bundle.

Additionally, Cross hopes to get Hits into theaters, but with yet another twist on the traditional distribution method. The actor-director has launched a Kickstarter with the goal of earning $100,000 to get his film into at least 50 cinemas. Then, he’ll ask theater attendees to pay what they want when they go see Hits in one of the establishments who agrees to show his film.

David Cross’s digital-first release of Hits is timely considering the recent and unique digital release of Sony Pictures’s The Interview. While movie studios aren’t likely candidates for changing the way they’ve released films for the past several decades, gutsy creators like Cross can help pave the way for future creators to choose how to release their films, digital or otherwise.