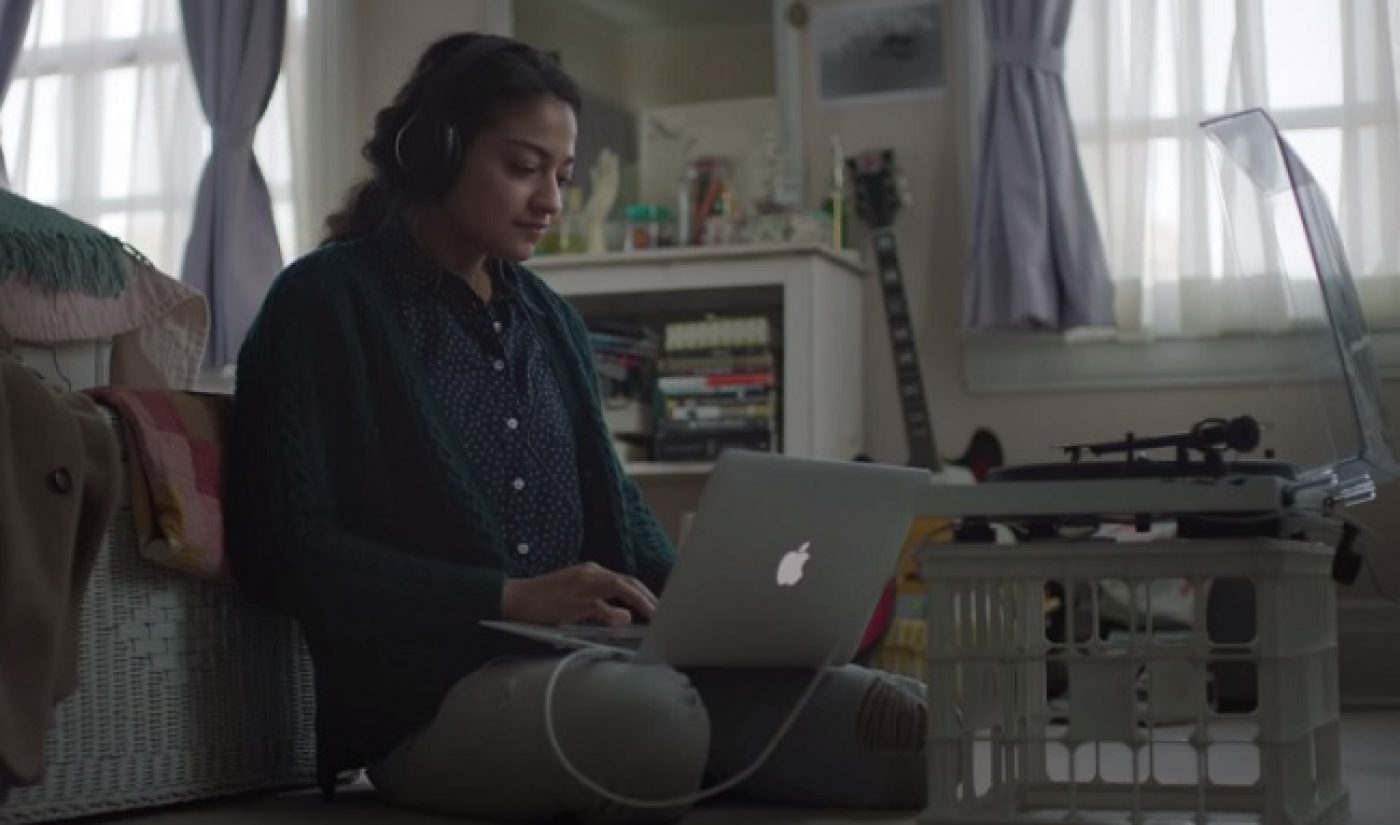 Marketers who point to the efficacy of video ads on Facebook have another significant example to boast about. Apple’s latest holiday video ad has for accumulated seven times the amount of views on Facebook than it did on YouTube.

Apple posted the ad called “The Song” on December 14, 2014 to its own App Store Facebook page as an individual post. The spot has received more than 20 million views on Facebook, 208,000 likes, 9,000 comments, and 28,000 shares. The performance of Apple’s ad has been far less impressive on YouTube, where it’s attracted only 3 million views and 26,000 likes (and 0 comments because they’re currently disabled).

“Not every brand is using Facebook for video. For those that are, when they post full-feature videos, the viewership on Facebook often outpaces YouTube,” said Mallory Russell, spokeswoman for video analytics company Visible Measures, to Digiday.

Apple’s ad joins a group of other promos and spots that have done very well for themselves on Facebook in terms of views and engagement. British retail company John Lewis found 40% of the views for its “Monty the Penguin” ad came from Facebook, and the video was shared over 156,000 times on the social media site (as opposed to only 46,000 or so shares on YouTube). Similarly, Heineken USA found several different versions of its recent Neil Patrick Harris ads received about 5.5 million views on Facebook, and the adult beverage company now considers YouTube and Facebook “equal players” in terms of video.

However, several factors contribute to the success of Apple, John Lewis, and Heineken USA’s video ads on Facebook which can’t be overlooked. First of all, these companies likely had to pay Facebook to boost their posts and ads to reach the number of people they did (Digiday confirms Apple paid for “The Song” to reach at least a portion of its audience). The fewer views on the YouTube iterations of these brands’ videos may mean they put more dollars towards their marketing budgets on Facebook than YouTube.

Second, Facebook only requires a video to be watched for three seconds for it to garner one view, which is an easy feat considering Facebook videos auto-play. YouTube, on the other hand, counts a view who knows when, but in the least it’s after the viewer takes a deliberate action and clicks the play button.

Finally, as one commenter on Digiday’s article noted, Apple directly competes with Google on a number of fronts including devices and software. So it may be that the Cupertino-based tech company would want to drive views of its video ad on some site that isn’t owned by Google.

With all these factors in mind, Apple’s video ad didn’t necessarily “win” on Facebook compared to YouTube. However, for companies and brands who have the advertising budget of Apple and a massive Facebook audience, the social network is certainly becoming a more viable marketing outlet for video ads.