Wikipedia Creates Its Own “Year In Review” Video For 2014 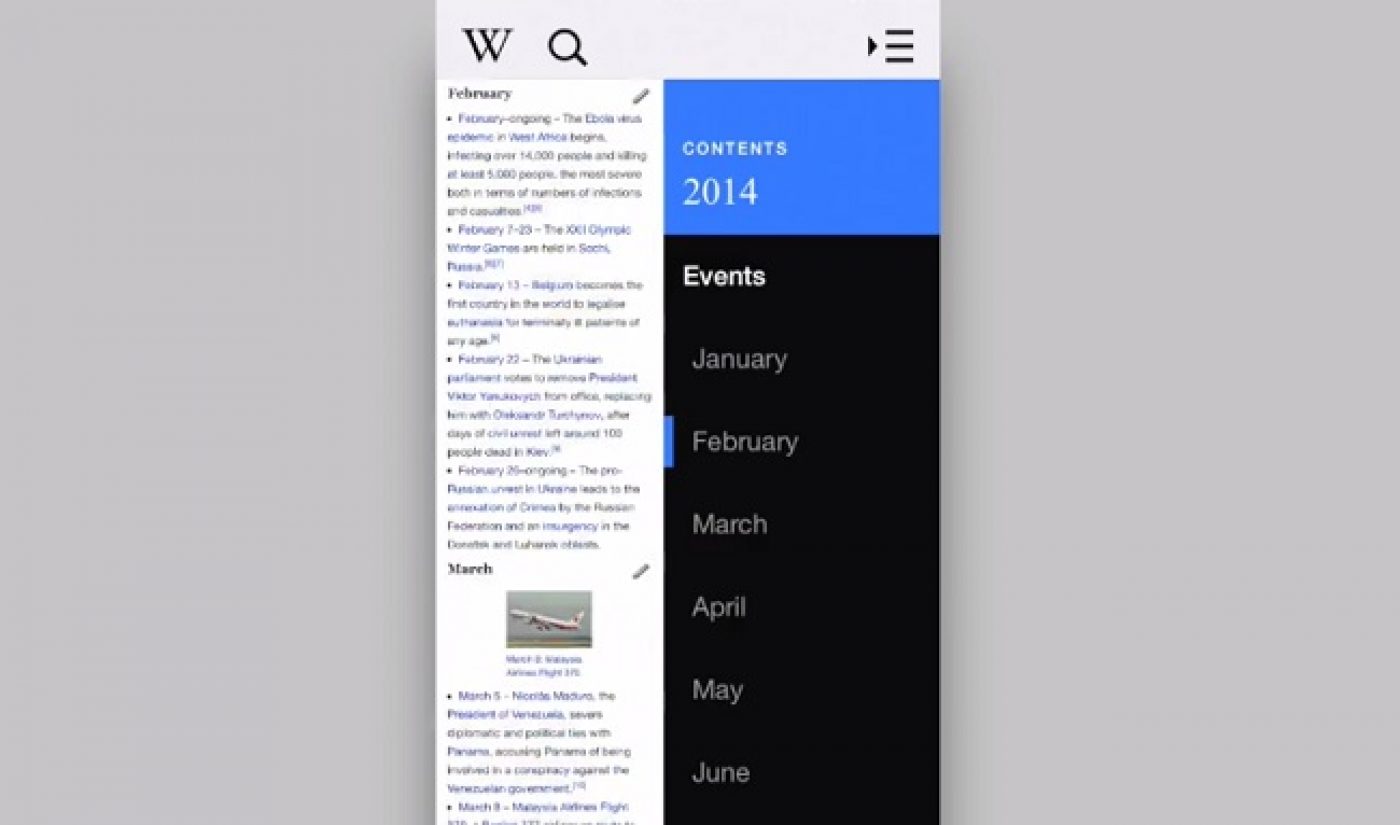 Wikipedia decided to join in on the onslaught of end-of-the-year videos. For the first time in the history of its existence, the encyclopedia-style resource site has created its own annual video recapping the biggest topics of 2014.

The video called #Edit2014 starts off with the words “What did we read in 2014?” typed onto the screen, only to be cleverly backspaced and changed to “What did we edit in 2014?” The Wikipedia video then goes on to show a series of clips detailing the year’s most-edited (and most read-about) topics on the site, including the Winter Olympics, FIFA World Cup, the Ferguson riots, Ebola, the Ice Bucket challenge, Game of Thrones, the Rosetta comet landing, and the deaths of well-known figures like Maya Angelou, Philip Seymour Hoffman, and Robin Williams.

The two-and-a-half-minute #Edit2014 clip only uses freely-licensed, crowdsourced images and videos uploaded to Wikipedia by contributors. The video also celebrates the global nature of Wikipedia by including screenshots of 2014’s most-edited topics in multiple languages. #Edit2014 was commissioned by the Wikimedia Foundation and edited by Victor Grigas within only two months.

Wikipedia’s 2014 video has 11,478 views as of this writing. While that number certainly can’t beat YouTube’s 2014 Rewind view count (sitting very pretty at over 58 million views), the video description for #Edit2014 notes how internet users made well over 100 million edits to Wikipedia’s site in 2014, a noteworthy achievement in and of itself.