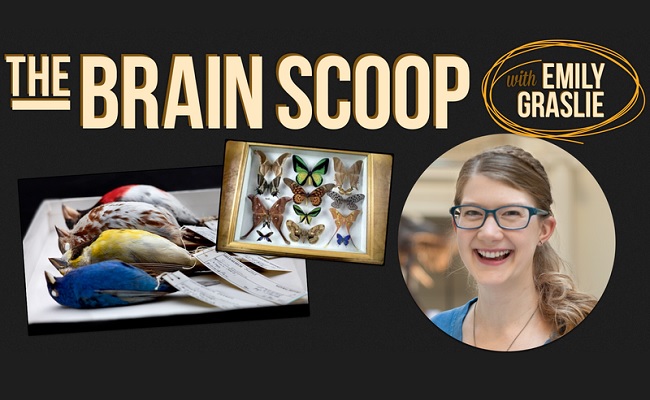 John and Hank Green have decided to pass on one of their more popular YouTube channels on to a new owner. The duo (better known as the Vlogbrothers to YouTube audiences and the pair’s 8+ million subscribers across their dozen or so channels) has sold The Brain Scoop channel for an undisclosed amount to The Field Museum in Chicago.

The Brain Scoop started in January 2013 by the Green brothers and producer/host Emily Graslie. In June 2013, Graslie moved the production of The Brain Scoop to The Field Museum and become the establishment’s Chief Curiosity Correspondent. For over a year, the Field Museum licensed and operated the science-based channel, which now boasts over 250,000 subscribers, more than 100 episodes, and over nine million views.

“As soon as I met Emily I knew she had a really fascinating future in front of her,” said Hank Green, CEO of the Vlogbrothers production company, in the release. “We helped create The Brain Scoop with Emily and Michael Aranda of our studio because she was just so passionate and enthusiastic about science, history, and her work. I am so proud and pleased that The Brain Scoop and Emily have found what is absolutely their best possible home.”

“Hank Green believed I had a voice that deserved to be heard and a cause that needed a champion,” Graslie added. “He and Michael Aranda laid a solid foundation for our series, and I will be eternally grateful to them for the chances they took in making this happen, and the time and resources they’ve dedicated to the show. I’m looking forward to a bright future for The Brain Scoop with full support from The Field Museum. We are in a very unique position to be progressive and innovative with how the public perceives the work of natural history museums, and I find it incredibly encouraging they have taken this investment in science communication so seriously.”

The Vlogbrothers are no stranger to science, history, and learning-related initiatives. The brothers work with PBS Digital Studios on their Crash Course series, and they started the trivia-based channel Mental Floss as the online video destination for the publication of the same name. Hank Green also produces the SciShow channel (which you may have seen on TV commercials and/or billboards in Los Angeles, Chicago, and/or New York) and helped produce Pemberley Digital’s Frankenstein, MD, a modern online video interpretation of Mary Shelley’s Frankenstein.

It’s sad to see The Brain Scoop leave the Vlogbrothers’ lineup of projects. However, along with the Green brothers, we trust Graslie and The Field Museum will help propel the channel into the next stage of its development.