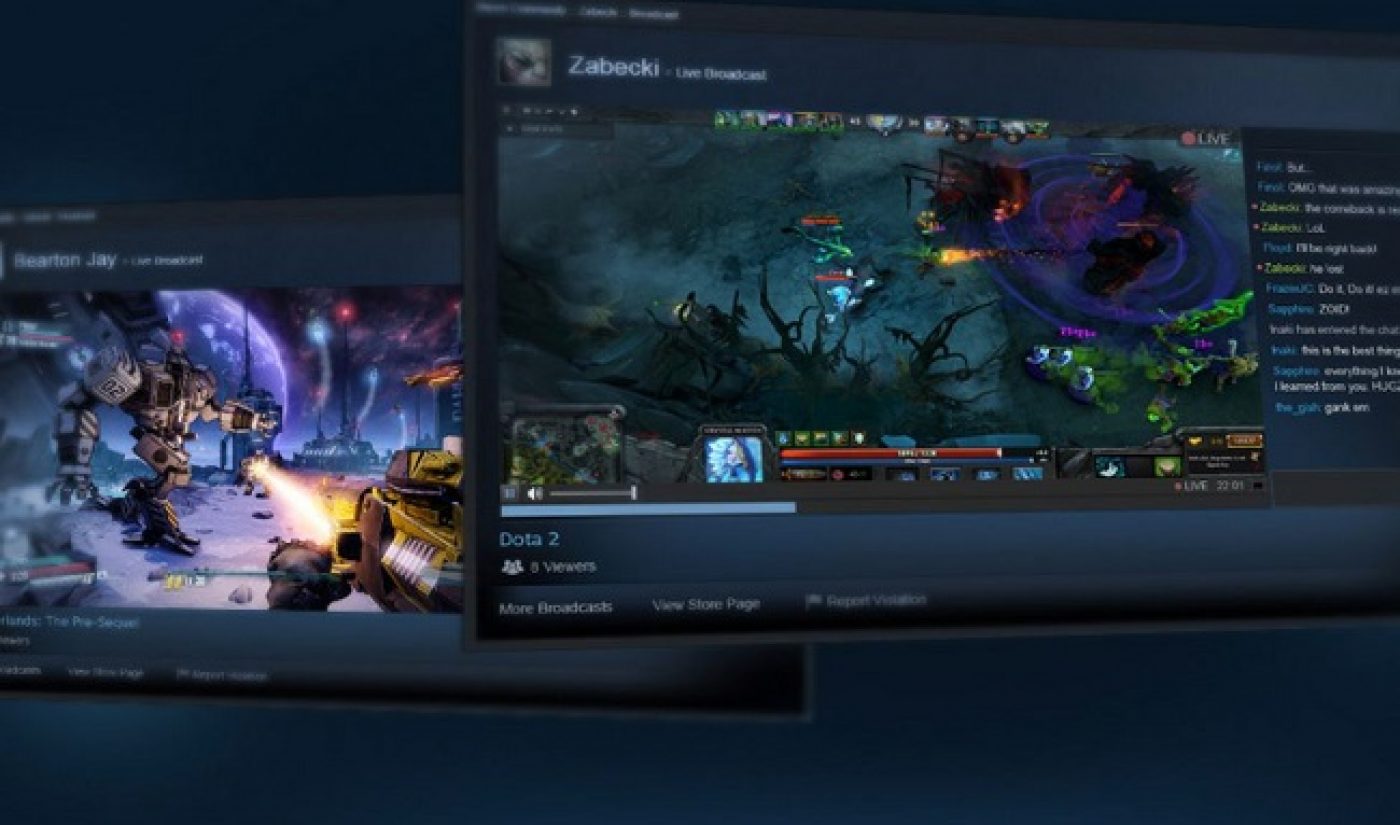 While Twitch is usually considered the default live streaming service for gamers (and game developers), Steam may be looking to encroach upon its market share. The digital game store owned by Valve (the video game development and distribution company responsible for hit titles like Half-Life, Portal, and Left 4 Dead) has introduced a broadcasting feature that allows users to watch other people play video games.

Steam’s announcement totes the new initiative as a way to “watch friends play, with the click of a button.” Steam users who opt for broadcasting will have a “Watch Game” button displayed on their profile, viewable by all their logged-in Steam friends. Users can also request to watch a friend game even if he or she doesn’t currently have the broadcasting option turned on (in which case, the friend will be notified and allowed to change his or her privacy settings). Public live streams are also an option for users who don’t want to restrict viewers’ access and all that public gameplay can be watched via Steam’s community hub.

Currently in beta, the broadcasting option is supported through the Steam client, Google Chrome, and Apple Safari browsers. The one major drawback so far is that the feature only lets you stream your games live without the ability to save the video for future playback or monetize your gameplay.

Despite this limitation, Steam’s broadcasting beta still puts it in direct competition with Twitch, which was acquired by Amazon in August for a total of $970 million. Back in July 2014, Twitch boasted more than 55 million unique visitors per and over 15 billion minutes of footage viewed per month. But even given those impressive statistics, it isn’t the only streaming service available to gamers.

Even some of the most die-hard gamers have recently branched out beyond Twitch. For example, YouTube sensation PewDiePie (boasting over 32 million subscribers on his channel) has a Twitch account, but he live streams his BroKen gaming podcast on Major League Gaming’s online video hub MLG.tv. Additionally, Britain’s popular gamer and YouTube celebrity, KSIOlajidebt, struck a deal with MLG.tv to host his live gameplay on the site.

So while Steam’s beta broadcasting feature isn’t as well-established and robust as Twitch, it shouldn’t come as a surprise Valve’s company is introducing its own streaming tool. Given enough time, broadcasting on Steam could be just as viable an option as it currently is on Twitch.

To start broadcasting your own games (or watching others’) on Steam, sign up for an account on the Steam beta client. Or, login to your current account and under settings change your “Beta Participation” to “Steam Beta Update.” If you have any more questions about broadcasting, check out the FAQ page Steam put together about the feature.