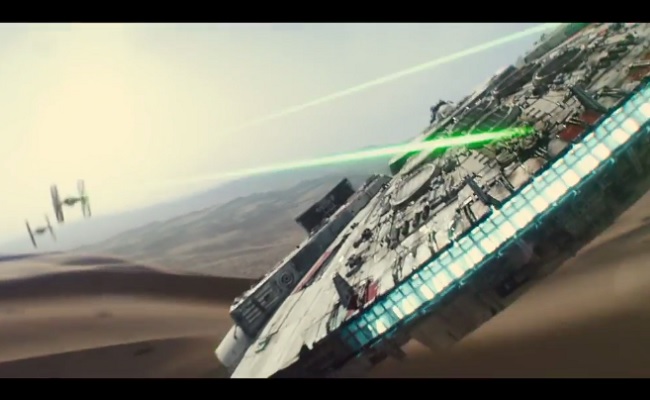 Disney may be trying pull a Jedi mind trick in the marketing of its latest Star Wars flick or the Mouse House Jar-Jar Binksed its release of Episode VII‘s teaser trailer. Regardless, the online masses certainly don’t seem happy about it. After several botched attempts at releasing the Star Wars: The Force Awakens teaser trailer on other platforms, the clip is finally available to view on YouTube.

Initially, Disney partnered with Regal Cinemas to release the much-anticipated 88-seconde clip for The Force Awakens. However, the catch was that Regal would only debut the footage from November 28-30 in theaters in nine different U.S. locations. Only a few hours after Regal’s exclusive “world premiere” announcement, the theater chain updated its list to include 21 more locations where the Star Wars trailer would debut across the United States, for a total of 30 theatrers in all. Fans who weren’t able to make it to one of the theaters were presumably going to be left in the dark on the new Star Wars teaser until it was released online.

Here’s where the teaser trailer release turns into something more akin to an epic fail. While many devoted Star Wars fans tweeted their plans to drive hours to see the trailer, others expressed their displeasure at Disney’s out-of-date and short-sighted marketing plan. One Twitter user explained his frustration particularly well, eliciting responses from other fans who said they were “livid” at Disney’s “messed up” debut of the Star Wars trailer.

News broke on November 28 that Disney was releasing the Force Awakens trailer on Apple’s iTunes Movie Trailers site. Unfortunately, when most internet users tried to view the teaser, they weren’t shown the clip and were instead asked to download Quicktime even if the software was already installed on their computers. 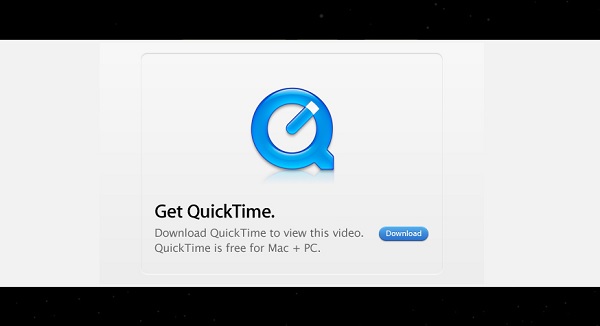 If the entire Star Wars: The Force Awakens teaser trailer release tells us anything, it’s that movie trailers can’t (and aren’t) released the way they used to be.

The online video masses simply expect teasers and full-length trailers to be released online along with their theatrical releases. It makes marketing and financial sense to do so from the perspective of studios, too. It’s too easy for individuals to upload bootlegged or leaked footage that can soon exist on thousands of channels all around the web. For major events (like the release of the first new footage from a live-action Star Wars film in nearly a decade), why not focus all of that viewership onto a studio or film’s very own YouTube channel? Internet users, after all, tend to default to YouTube for their trailer needs and iTunes Movie Trailers is no longer the #1 go-to destination it once was. The music industry’s figured out owning as much viewership and developed tactics to keep viewers on their own channels. You’d think Disney would’ve adopted the strategy, too (especially considering its successful release of the most recent Avengers teaser trailer on Marvel‘s YouTube channel).

But even studios are’t going to drive fans to their own YouTube channels, they should at least get those fans to click over to their owned and operated destination sites. HBO used Twitter Video in its recent debut of the Game of Thrones season five trailer to push viewers to ThreeEyedRaven.com. Given these kinds of innovative strategies studios are not utilizing in the market, it’s odd Disney would revert to a site that’s no longer synonymous with only video to debut the most important 88 seconds of footage in the company’s recent history. Plus, the fact that Disney owns Maker Studios, one of the biggest YouTube-based multi-channel networks around, makes the company’s decisions even more baffling. You would think they would understand the power of digital media by now.

Maybe Disney’s marketing and PR employees were temporarily distracted by some kind of dark side. Hopefully they’ll see the light and learn from their mistakes by the time Star Wars: Episode VIII comes around.