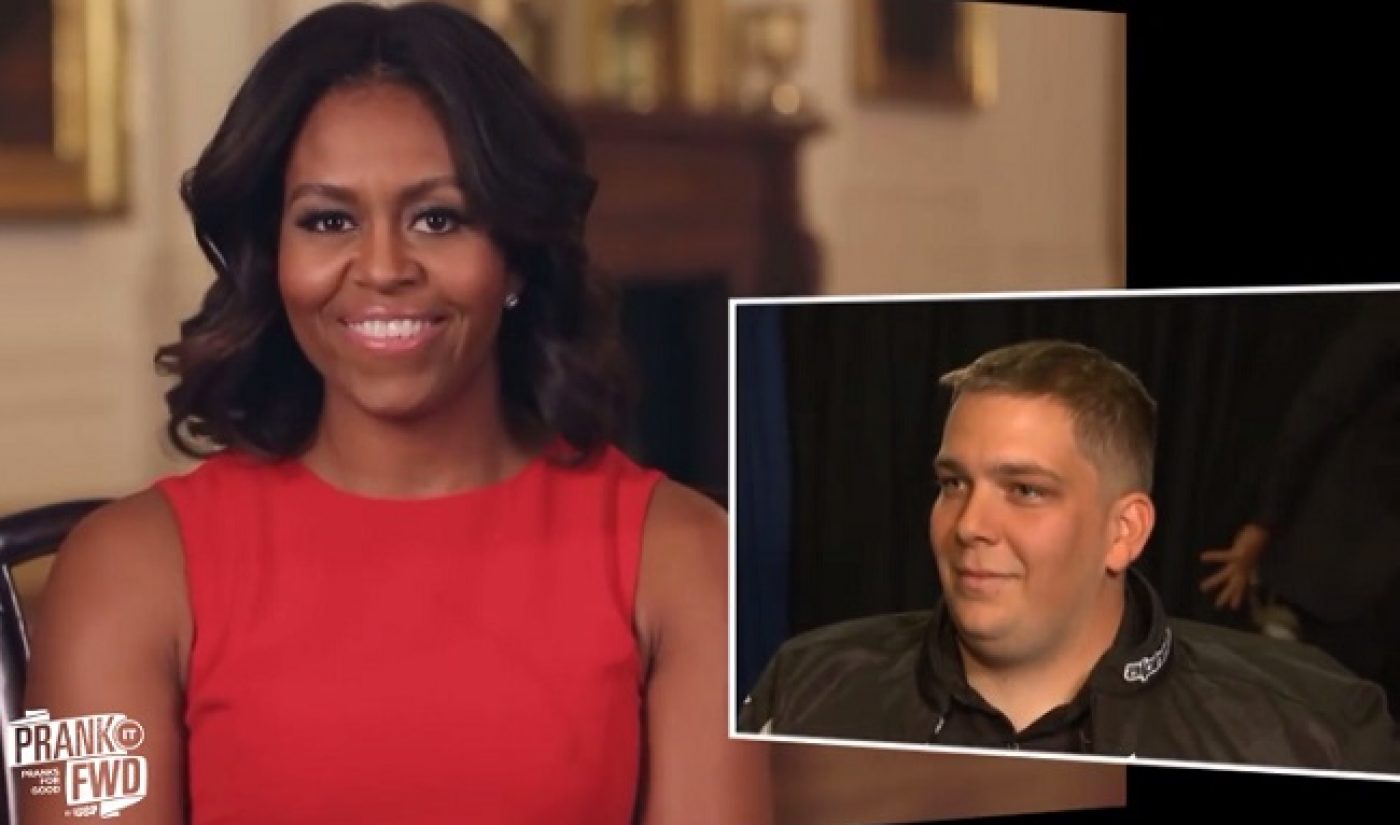 As promised this past August, Break.com has brought back its hit feel-good web series Prank it FWD. The newest episode gives an Iraq veteran the surprise of his life, complete with a special greeting from Michelle Obama.

The installment starts off with Gabrielle Carmona nominating her boyfriend Jon Arneson, a U.S. Army veteran who served time in Iraq now unable to find employment. To make matters worse, Arneson’s grandfather (who was responsible for raising him) died of cancer and Arneson had to take on the medical bills. Prank it FWD’s host Greg Benson sets up an elaborate prank for Arneson to help remedy the soldier’s problems. He has Arneson show up for a job interview at Universal Studios, only to be taken backstage and asked to stand in for his favorite actor, Michael Weatherly from NCIS.

After Arneson poses with Weatherly on a motorcycle, Benson shows the veteran a special surprise message from Michelle Obama (who’s no stranger to participating in do-good initiatives). The First Lady thanks Arneson for his service and lets him know the motorcycle is his to keep, courtesy of Extra. In addition to the bike, Arneson leaves the set of Prank it FWD with a job offer directly from Larry Kurzweil, President of Universal Studios.

Previous Prank it FWD episodes have seen a California waitress receiving a new car, and a homeless shelter transformed into a five-star restaurant. The show has inspired viewers around the world to conduct their own pranks of kindness.

You can view more episodes of Prank it FWD by subscribing to Break’s YouTube channel or by visiting PrankitFWD.com.