Anatomy Of A Viral Video: You Poked My Heart 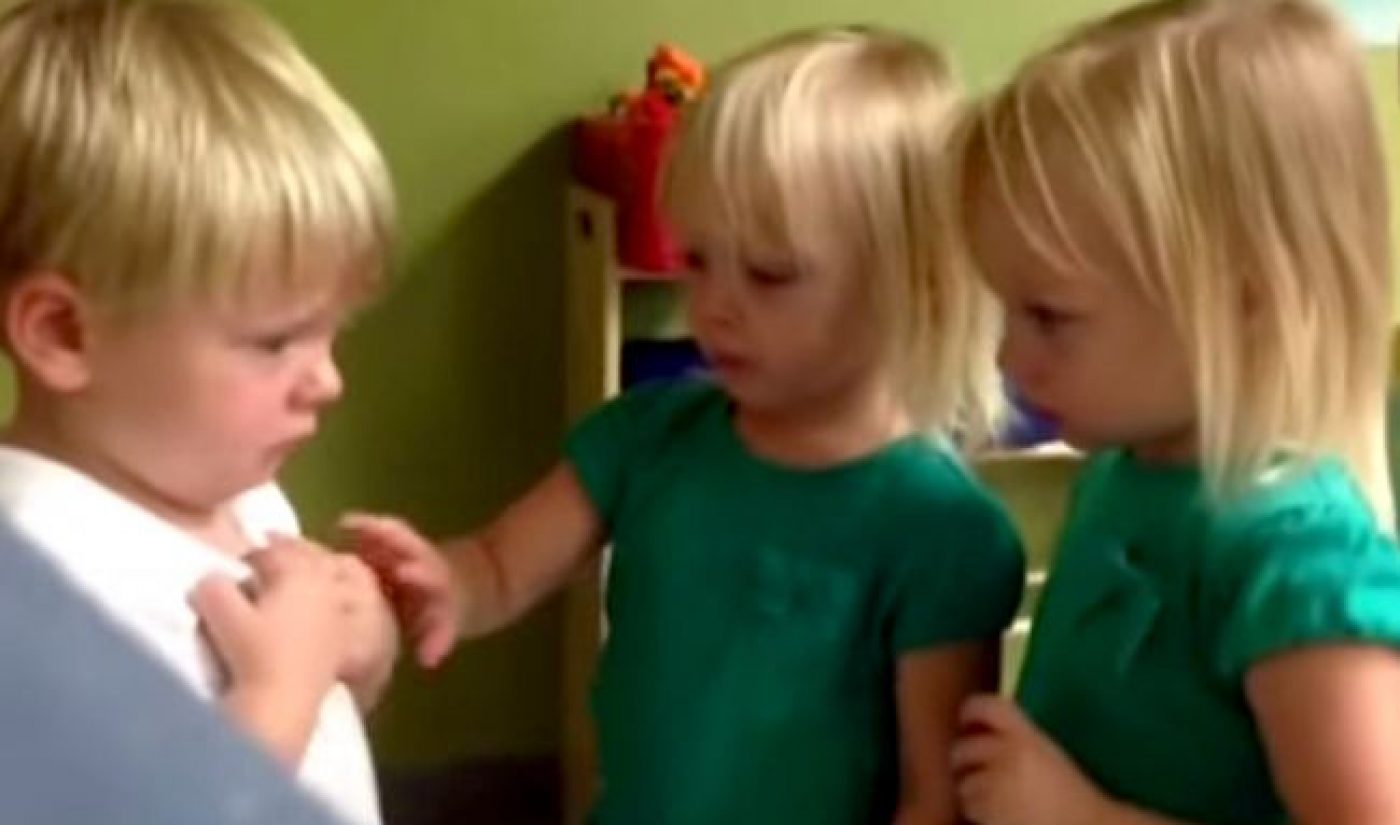 [Editor’s Note: Why do some videos rack up millions of views while others linger in obscurity? How does a particular clip become a cultural phenomenon while others remain perennially unseen? What is it that makes a video go viral? Tubefilter has partnered with Jukin Media to take an analytical dive into online video ephemera to try to come up with some answers. Join us for our new regular series Anatomy Of A Viral Video as we explore today’s biggest viral hits and how all those views add up. And for more Anatomy Of A Viral Video installments click right here.]

On September 24, 2014, Arkansas mother Tara Willmott posted a video to YouTube that showed her son Ty and his schoolmates having an (adorable) argument about the weather. Ty insisted it was sprinkling outside, while a classmate was adamant that it was not sprinkling; she was sure it was raining instead. The comical debate builds for a minute or so until the climax of the action, when the already cute video takes a turn for the delightful, and Ty looks at his sparring partner, aghast, and proclaims, “You poked my heart.”

This is the stuff that the Internet was built on. “You Poked My Heart” was an instant sensation, following a remarkable trajectory that would net the video more than 9 million views in its first week, and more than 11 million views to date.

First, take a look at the video if you haven’t seen it yet:

What explains the video’s success? After all, there is a boatload of content uploaded to YouTube every day (or 100 hours of video every minute). What caused this particular video to take off so quickly?

Today’s viral video ecosystem, which can amplify a piece of video content like Willmott’s and make it a worldwide phenomenon in a matter of hours, relies heavily on three main components: social media, blogs and websites, and YouTube itself. While it’s possible, few videos go viral simply from sharing by individuals on social networks. Most videos need to be shared by publishers, bloggers, and online communities to get enough views and shares to truly go viral.

The biggest factor in this video’s ascent came as a result of it being picked up and shared by some big-time digital publishers. As is often the case with viral content, this video appears to have first gained traction on Reddit, which referred 66,000+ views to the video the day that it was uploaded, and 170,000+ overall.

Over the ensuing few days, the video was embedded on dozens of websites, which accounted for 43% of its total video views. The YouTube analytics suggest that the biggest traffic referrer to “You Poked My Heart” was Rare.us. The Cox Media- owned website, which calls itself “America’s News Feed”, was responsible for a robust 353,000+ playbacks of the video, edging out BuzzFeed (335,000+ views) and HuffPost (315,000+ views) for the top spot on the list of sites that embedded this video. With those numbers – roughly one million combined views from only the top three sources – it’s easy to see how important large digital publishers are to helping a video go viral. Curiously, the video received the fourth-most embedded playbacks (186,000+) from a clothing and apparel sales website called Conservative Outfitters. As its name indicates, the site sells t-shirts and other gear emblazoned with politically right-leaning phrases and sentiments. How did this retail website, which sells clothes and has no noticeable video content, refer such a massive amount of traffic to a YouTube video about children and precipitation?

Well, after some poking around the site and snickering at (and with) some of the clothing items, I noticed that Conservative Outfitters has a blog that’s barely visible from the homepage. One look at the blog and it was clear that this was the source of the views – it has user-generated and viral videos of all kinds posted to it.

So what gives? Conservative Outfitters is, ostensibly, using viral videos like Willmott’s to generate web traffic, in an attempt to boost its apparel sales. Seemingly, their logic is that if even a tiny percentage of those (whopping) 186,000 visitors who came to the site for “You Poked My Heart” leaves with a “Reagan Bush ‘84” T-shirt or some other garment, then their efforts were worth the embed. Not a bad idea. This is not the first site to use viral videos to help peddle its wares, to be sure, but certainly it’s one of the more prolific.

Herein lies an important takeaway for online video marketers and creators: huge views can come from the unlikeliest of places. Use YouTube analytics to figure out where the audiences are coming from, and use that information to inform your marketing decisions on your next video. In fact, guess which retail clothing website is going to get an email the next time Jukin Media has a clip featuring cute kids.

Mike Skogmo is Senior Director of Communications at Jukin Media, the worldwide leader in user-generated and viral video content. Jukin Media’s rapidly expanding clip library receives more than 800 million monthly views on YouTube and its content is licensed for use by the world’s largest broadcasters, publishers, and brands on a daily basis. Learn more at JukinMedia.com.