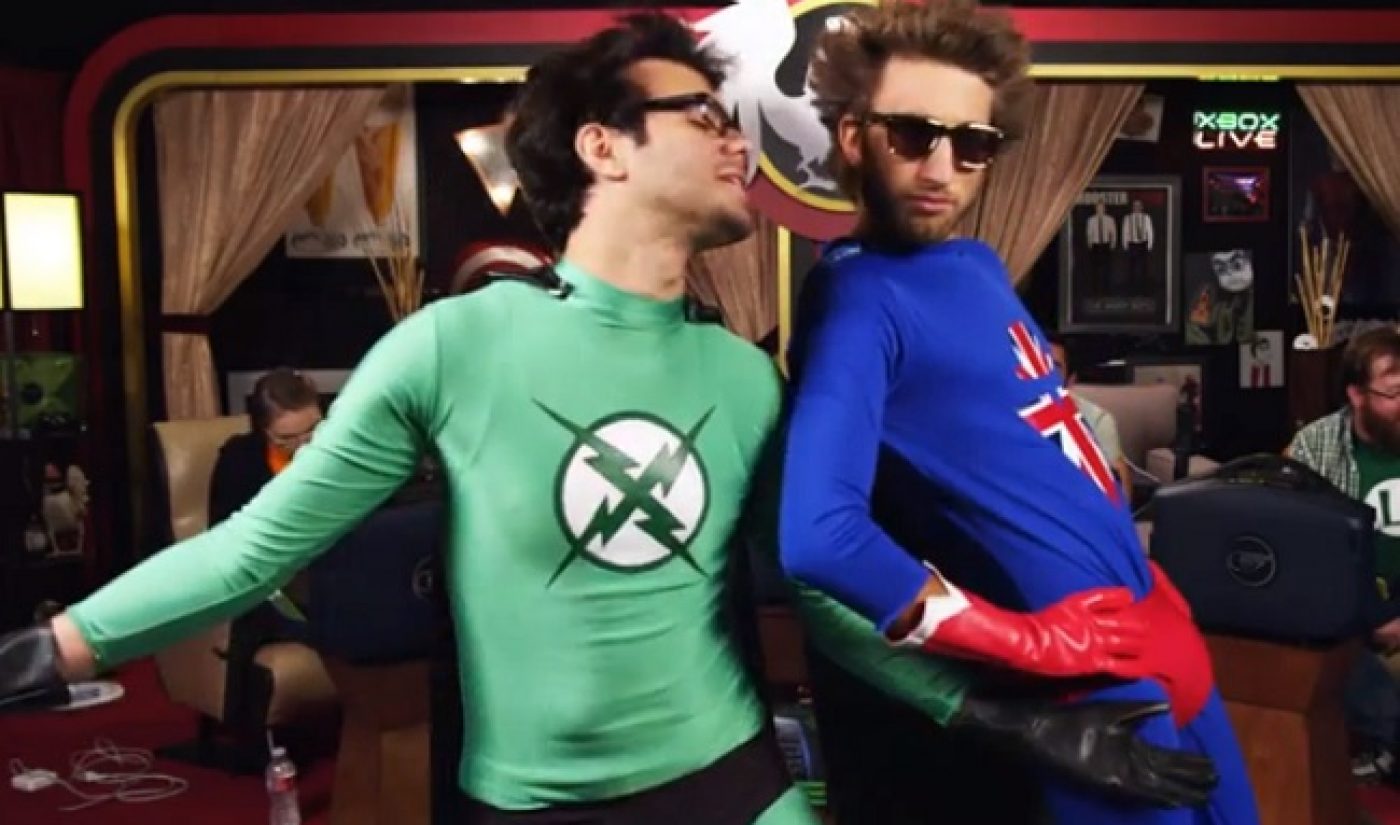 The program will center around the escapades and antics of the two “superheroes” Gavin Free (of The Slow Mo Guys fame) and Ray Narvaez, Jr. (known for his work with Achievement Hunter). The pair is ready to fight crime and defend justice, though they don’t seem to understand how to get those tasks accomplished. They do, however, have some arguably useless skills. Free claims being British “throws people for a loop” and Narvaez says he’s “a parkour master.”

Rooster Teeth confirmed the series would come to be at its very own RTX Convention 2014 in Austin, Texas, after more than a year of speculation. Fans have long been obsessed over the idea of Free and Narvaez as a superhero-fighting team ever since the two gamers started introducing themselves by their self-assigned nicknames (Free is Vav and Narvaez is X-Ray) on some of Rooster Teeth’s videos. Some hardcore fanatics have even produced their very own fan fiction and other works of art featuring the dynamic duo.

Rooster Teeth played into the hype and created X-Ray & Vav-themed merchandise. Then at RTX 2013, the company showed an X-Ray & Vav teaser with the working title Animated Adventurers. Free and Narvaez also made a special appearance at the event in some brightly-colored costumes:

X-Ray & Vav joins several of Rooster Teeth’s other animated intellectual properties. The company became famous for its machinima, Halo-themed comedy series Red Vs. Blue, and more recently began to export its popular RWBY anime series to Japan. And don’t forget all of the Animated Adventures shorts, created by Jordan Cwierz and based on Rooster Teeth employees’ stories from the company’s podcasts and events.

Don’t miss the first adventure the (un)heroic X-Ray & Vav find themselves a part of. X-Ray & Vav debuts on November 27, 2014 on RoosterTeeth.com.