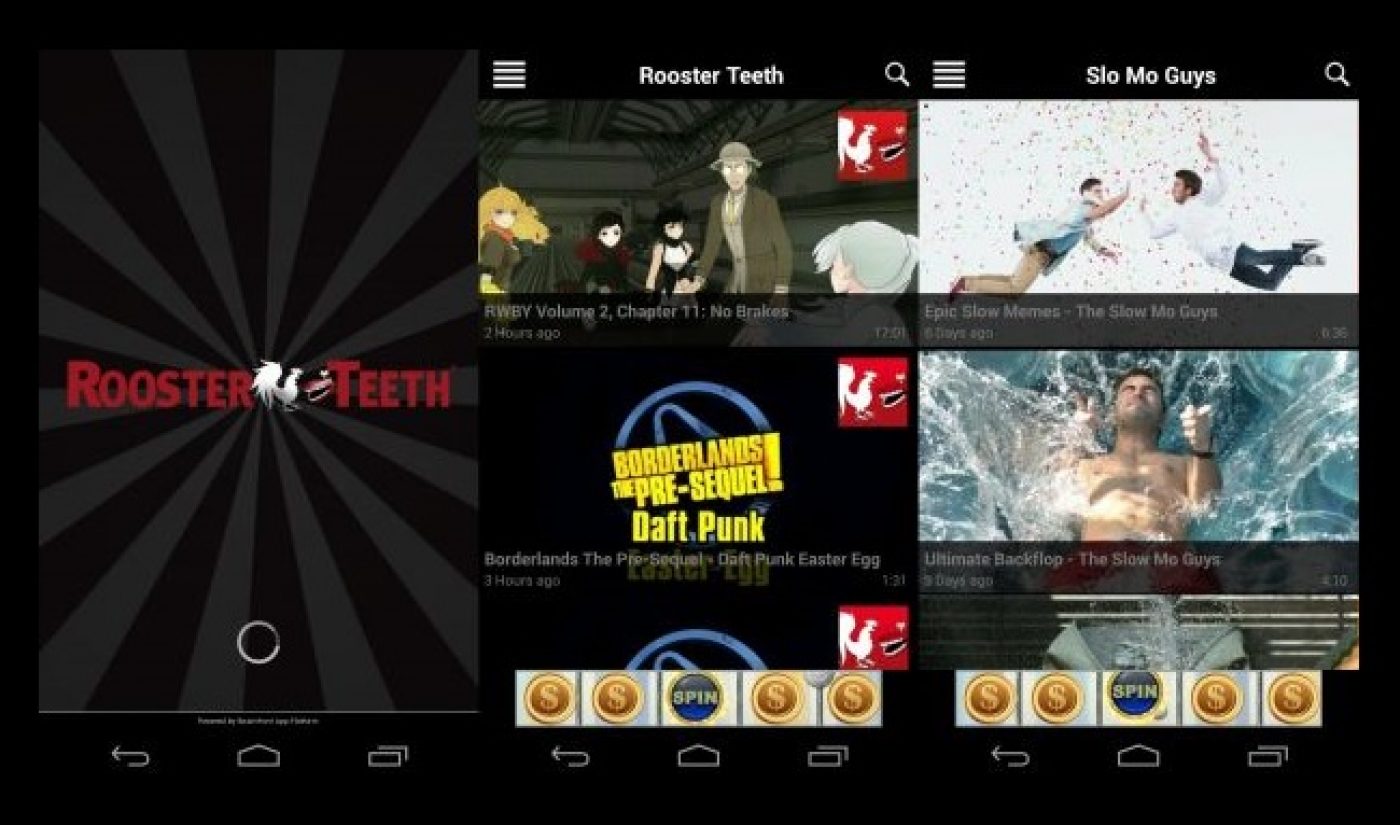 Rooster Teeth fans are no longer restricted to the company’s site to watch its videos. The Austin-based entertainment production house popular for hit shows like RWBY and Red Vs. Blue just launched an ad-supported mobile app.

Built on the Beachfront Builder platform, Rooster Teeth’s app allows fans to view many of the company’s most popular shows and brands (like The Know, The Slow Mo Guys, and Let’s Play) straight from their mobile devices. Adam Baird, Rooster Teeth’s Director of Technology, noted in his Rooster Teeth journal that more content will be added every day. The app is available on both iOS and Android devices with plans to bring it to Windows phones, Xbox 360, Xbox One, PlayStation 4, set-top boxes like Roku, and connected TVs in the very near future.

The app does have one major limitation, though. In an effort to get the app out as quickly as possible to Rooster Teeth’s fans, the company didn’t build in login functionality. This keeps things simpler, focusing around the production studio’s core content, but it does mean sponsors (fans who pay a subscription to Rooster Teeth’s site for access to premium content) still have to visit RoosterTeeth.com to see sponsor-only and early releases. And, like everyone else, sponsors will see display ads on the app.

“Version 1.0 of the app is simply that; A starting place,” wrote Baird. “It gets a bulk of our content on the phone, and makes it easily watchable on your television or mobile device, and it certainly works a lot better than our current website.”

This is not Rooster Teeth’s first attempt at an app (Baird confirmed user Hunter04’s comment that there was an initial app from 2010 the company pulled a year later due to a “slew of problems”), but for many fans, it’s the first time they will be using a mobile application from the company. Comments on Baird’s journal entry confirm the majority of Rooster Teeth fans are delighted at the minimal yet much-desired new product:

In addition to its app, Rooster Teeth had several other initiatives in the works. For starters, the company just released its newest series called Ten Little Roosters, a murder mystery where fans can guess which character is the killer and who’s going to die next for a chance to win a trip to Rooster Teeth’s studios. Additionally, the production studio is selling some of its merchandise (previously only available online) in a physical “pop-in” retail shop at the local Austin toy store Toy Joy.

If you’re a fan of Rooster Teeth who wants to watch their content on the go, make sure you download it from the iTunes store or Google Play.