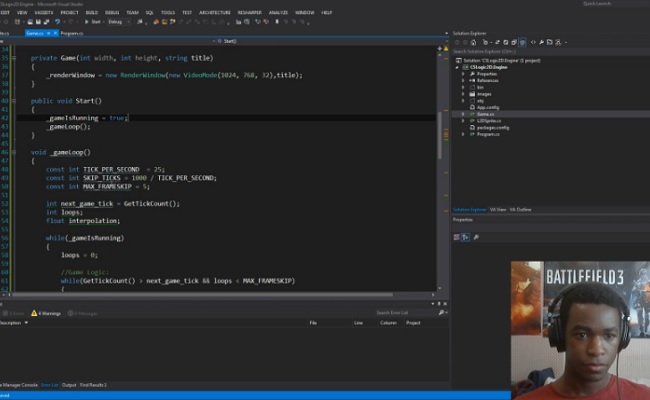 The new category looks just like any other on Twitch, but the Game Development section clearly isn’t for watching other gamers play your favorite title. Instead, this unimaginative-but-aptly-named grouping of channels is where game developers can stream their current projects in front of tuned-in viewers. Audiences can see developers as they code, design, draw, and test away.

The idea for the category stemmed from a meeting at gaming convention PAX Prime in August 2014. “We conducted a Twitch Town Hall session at PAX Prime which is when we let our community share ideas they would like to see implemented on the platform,” said Marcus “djWHEAT” Graham, Twitch’s director of community and education, to Polygon. “The idea of having a section for game developers was suggested and it resonated with the audience, so that inspired us to add it as a category.”

The live streams in the category currently aren’t getting a ton of views. When we checked at the time of this writing, the channel “Staxel art and Chiptunes” boasted the highest live viewership at 56 live viewers. But keep in mind that’s at 11:00AM ET on a Friday. If the small sample of Twitch Town Hall attendees were any indication of the Twitch audience’s larger interest in watching game developers as they work, the category will see more visitors soon. However, it may not even matter if it does. Game development has traditionally been an endeavor relegated to individuals or small teams. Developers may like the added company and support, even if it is only a few dozen viewers at a time.

Regardless, the category has a lot of potential to give game developers some love and show the gaming community just how much work goes into making video games, even if they’re not triple A titles. The category’s developers will just have to keep their clothes on when they stream like everyone else.