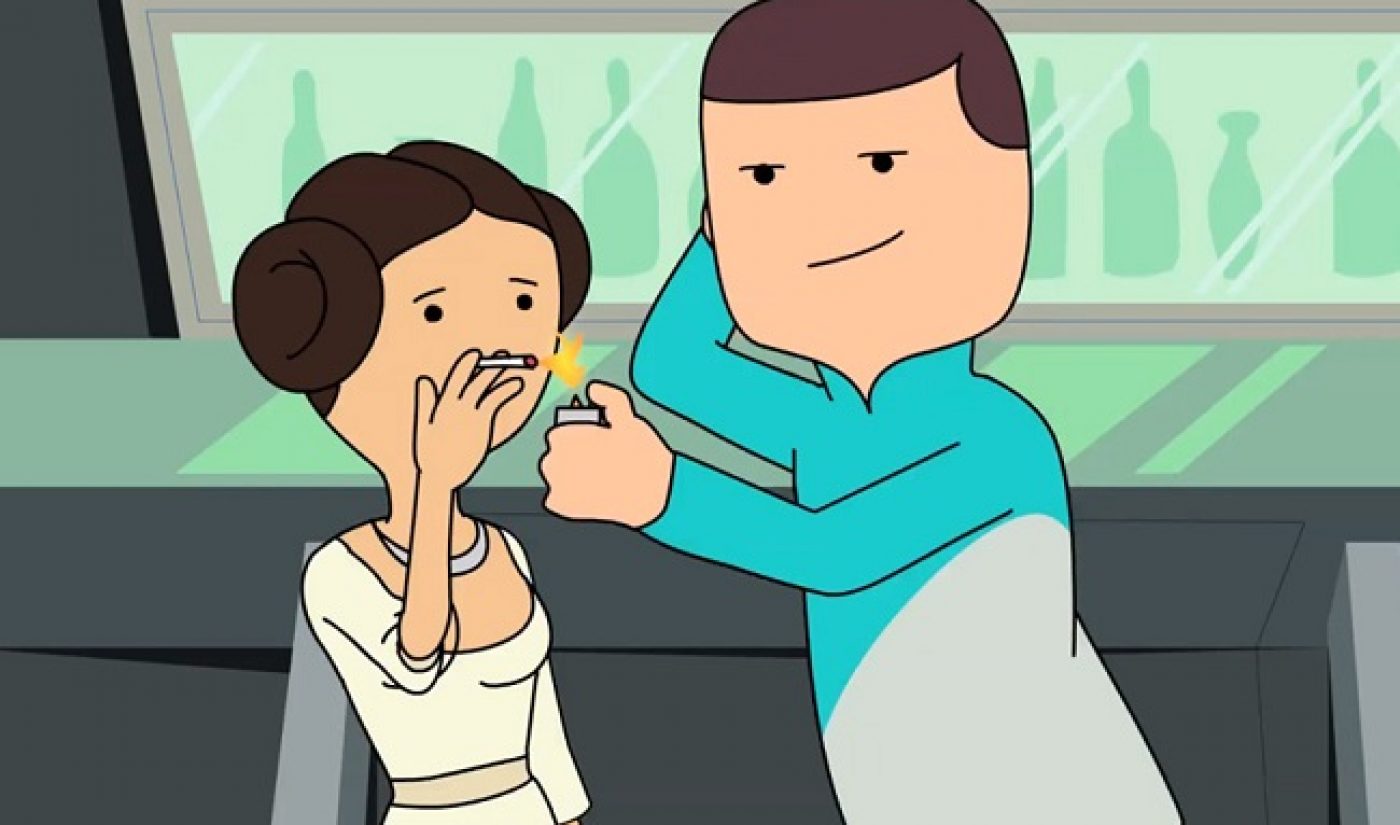 Like, Share, Die’s 20 episodes will span roughly 15 minutes each and will use sketches from Mondo’s network of creators, as well as from the program’s lead writer Josh Faure-Brac (of SuperNews! fame). The show will be executive produced by Mondo’s VP of Animation and Business Development, Aaron Simpson in conjunction with Six Point Harness Studios.

Fusion tapped Mondo for its wide viewership and proven ability to develop online video content that gets picked up by other media companies and formats. In addition to boasting a huge subscriber base (of over 2.4 million on its main YouTube channel), the MCN has seen its popular, cuddly, and violent Happy Tree Friends cartoon adapted into a TV series for G4 and MTV channels. Additionally, Mondo successfully Kickstarted its Dick Figures series (to the tune of several hundreds of thousands of dollars), which was made into a feature film for digital distribution in September 2013.

“Mondo has a unique sensibility and platform for finding, producing and building large, loyal digital audiences,” said Wade Beckett, Fusion’s Chief Programming Officer, in the release. “They’ve demonstrated they can adapt their best performing properties into longer forms for television and feature film, so we are excited to bring their unique brand of comedy to Fusion’s audience.”