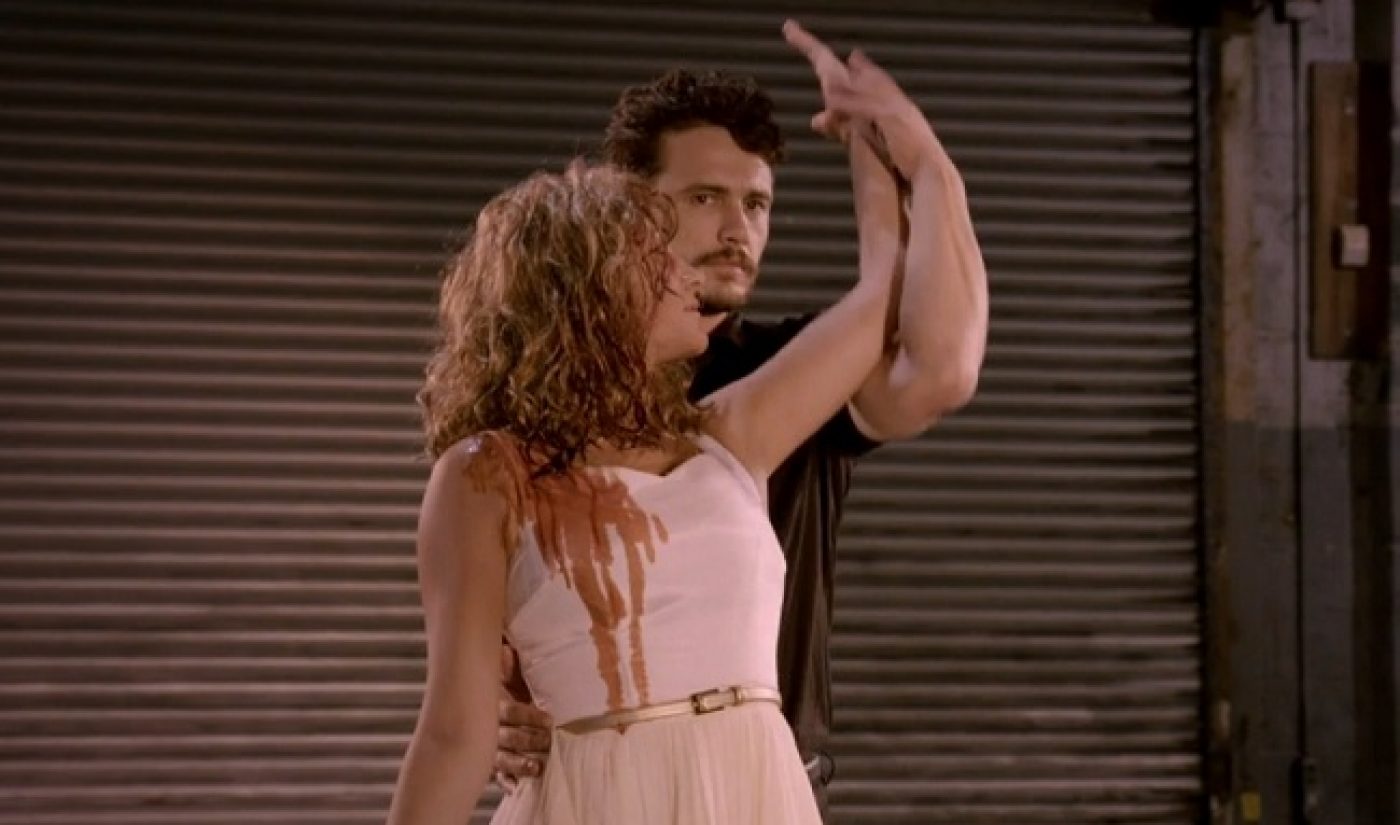 What do you get when you combine The Dark Knight with Beetlejuice? James Franco provides the answer in his new AOL Originals web series Making a Scene.

The multi-talented actor signed a deal with AOL earlier this year to create the digital series, where he re-imagines some of the most well-loved movie scenes of all time by lumping two of them together in one go. Franco asked his fans what some of their favorite movie scenes and genres were, compiled a list of the most popular responses, and put them on a wheel his team could spin to see which two random items they’d have to re-create.

The first episode finds Franco performing “Dirty Dancing Dogs,” a combo of Reservoir Dogs and Dirty Dancing. It’s oddly comical and disturbing at the same time. Franco performs as both Michael Madsen’s Mr. Blonde and Patrick Swayze’s Johnny Castle, first cutting the ear off a woman and then proceeding to dance with her as blood is thrown on them from off-camera.

Scenes set to appear in future episodes are taken from Titanic, Grease, The Godfather, Wayne’s World, Napoleon Dynamite, Twilight, and When Harry Met Sally. If you thought “Dirty Dancing Dogs” was weird, these titles suggest plenty of surprises to come.