Live-Streaming Gamer Kootra Gets Arrested, Records It On Video 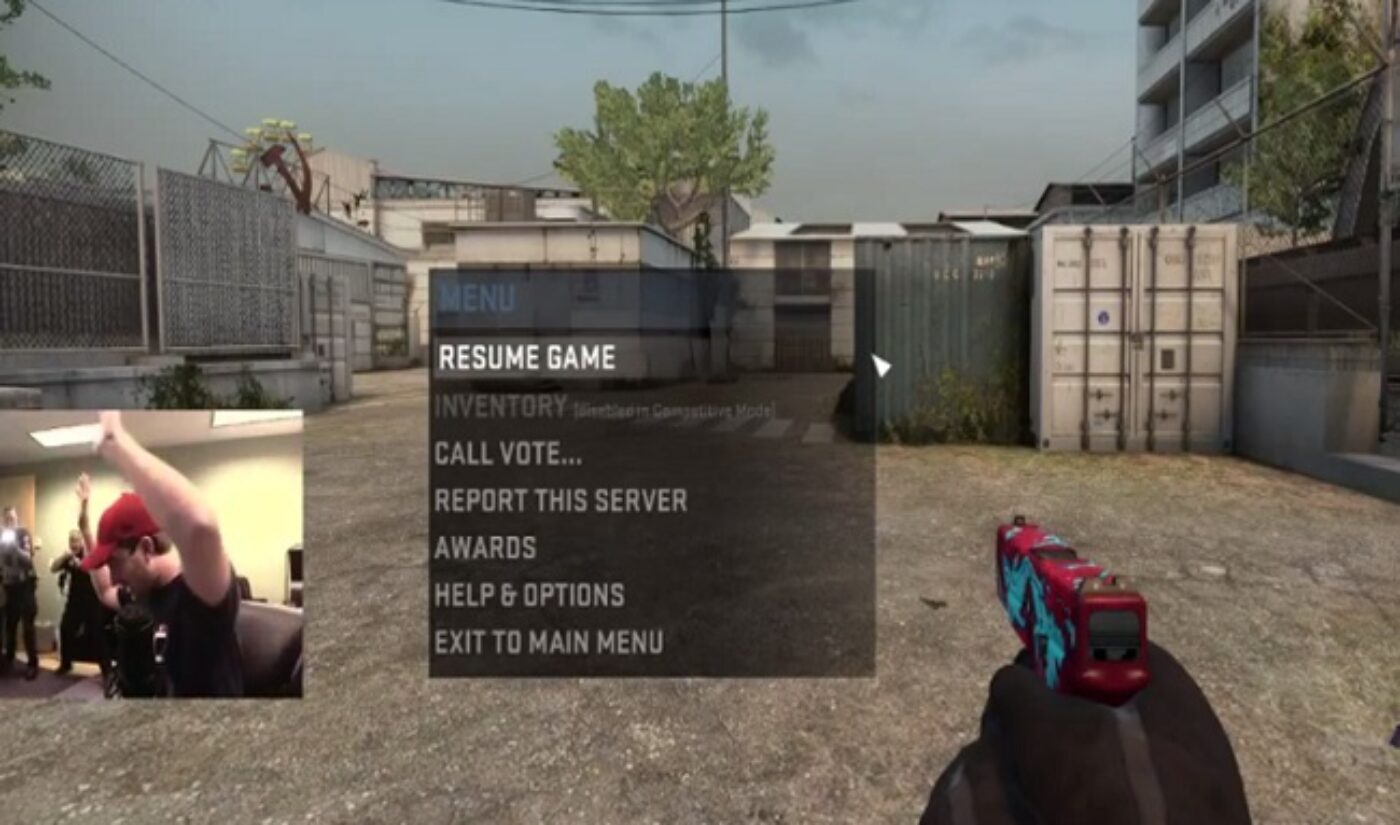 For one Counter-Strike (CS) gamer, guns became a reality when a SWAT team entered his building and arrested him. Jordan Mathewson, who goes by the name of Kootra on YouTube, was live-streaming CS when he was “swatted.”

If you’re unfamiliar with the term swatting, it’s an ill-natured prank where someone calls the police and falsely informs them of a dangerous situation, prompting a SWAT team deployment to the location in question.

Apparently, this is what happened to Mathewson. The person who placed the landline call was claiming he’d shot two of his co-workers, and was holding others hostage. So while playing with his gaming group, The Creatures, a SWAT team stormed their office building in Littleton, Colorado, and detained Mathewson as they investigated the issue. The threat also caused the lockdown of many nearby schools, heightening the non-existent problem.

A video uploaded to YouTube by user Slicewhistle12 from August 27 shows exactly what happened to Kootra, who boasts over 700,000 YouTube subscribers and more than 200,000 followers on Twitter. Kootra was sitting in his office live-streaming Counter-Strike when the SWAT team arrived, ordered him to get on the ground, gave him a pat-down, and asked him to explain himself. Once the police realized they were being recorded, they tried unsuccessfully to turn off the camera before Kootra jumped in and instructed them how to do it.

7News in Denver says they were first notified of the live-streaming video on Twitch.tv by a Twitter user with the handle @screwpain (reportedly a gaming rival of The Creatures), who also sent the station a tweet calling their police department “puppets.” @screwpain is claiming responsibility for the situation, and while Littleton police have taken someone into custody, there’s been no confirmation it is indeed this Twitter user.

No one was hurt during the raid, and Kootra posted this on Twitter after his detaining:

Dag nabbit that was dern sure an experience. I am all Ok though. Thanks for all the supportive tweets everyone

I don’t know about you, but keeping the guns and bullets within video games instead of trained on the ones playing them sounds far safer to me.