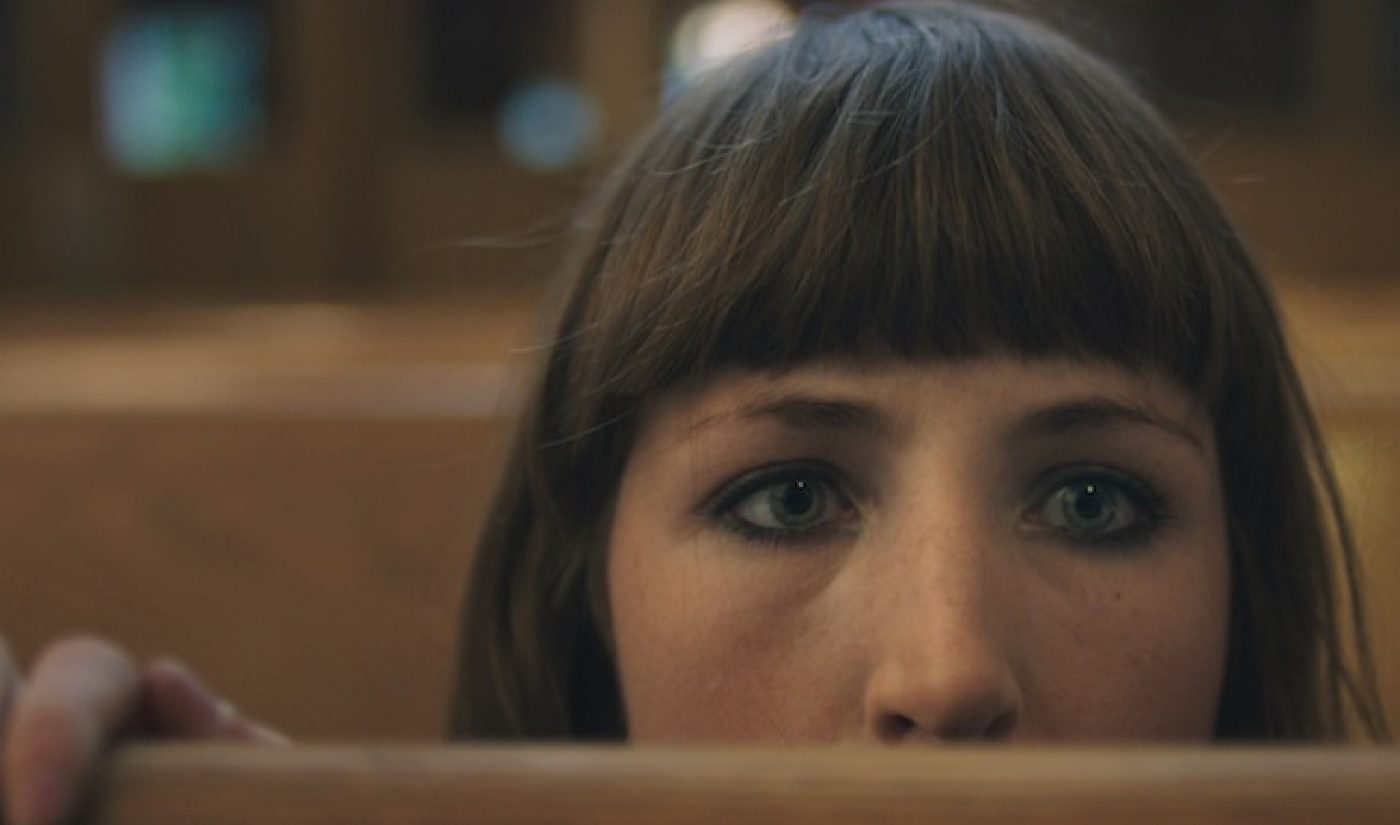 A few years ago many indie creators professed web series would replace short films as the leading entree to a career in film and television, because series can attract fans. That hasn’t happened, mostly because film festivals, despite recent interest in web TV, prefer shorts to series, and shorts still attract investors and distributors.

This month TJ Misny bridges the divide at the Brooklyn Film Festival, where his series of three short films, Intimate Semaphores, screened last week to a sold out crowd. (It screens again Friday, June 6 at 10:30PM for all those interested.)

I know Misny as the director and photographer of some of New York’s best indie television. He directed Broad City‘s second web finale, its most popular episode featuring Kristen Schaal and Amy Poehler, who went on to executive produce the critically lauded Comedy Central series. He directed the first season finale of I Hate Being Single, whose second season premiere was featured as part of the Tribeca Film Festival’s NOW program. Misny helmed Paul Gale and CollegeHumor’s popular The Truth About Being Single and several episodes of The Untitled Webseries Morgan Evans Is Doing, honored by the New York Television Festival, Writers Guild of America and (by me) in Indiewire.

His web series work, along with other commercial gigs, allowed Misny to hone his style (marked by crisp and composed shots and intimate focus) while he also raised money and made contacts to shoot a bigger project. Why make three shorts, totaling over 50 minutes of narrative, instead of a feature? Misny said he did not think he could make one to his standards in his budget when he started writing Intimate Semaphores in 2011.

“People were just starting to watch seasons of things on Netflix,” he said. “I was so inspired by all this short-form content.”

He wrote Intimate Semaphores to showcase female actors and give them meatier roles than mainstream projects tend to offer. Each short film finds one of the leads at a moment of crisis in her personal or professional life. In Helberger in Paradise a New Yorker (Kate Lyn Sheil) deals with the loss of her friend at the family funeral; High and Dry features a photographer (Ariane Labed) who fears losing her eyesight, while in The Crumb of It the lead (Jocelin Donahue) is dealing with the consequences of her taste in food.

New York’s comedy world, the source of many of the city’s best web series, inspired Misny as he planned for Intimate Semaphores.

“There’s a spirit and a sense of comraderie that exists in the New York comedy world that I didn’t find at film school…I get the sense that there’s so much love, that people are really trying to see their friends do well. They want to come on and do a bit in someone’s thing because they can help.”

“I was lucky. People were willing to come in for a day or two for these small little bits. It just makes it feel like a full world of a movie.”