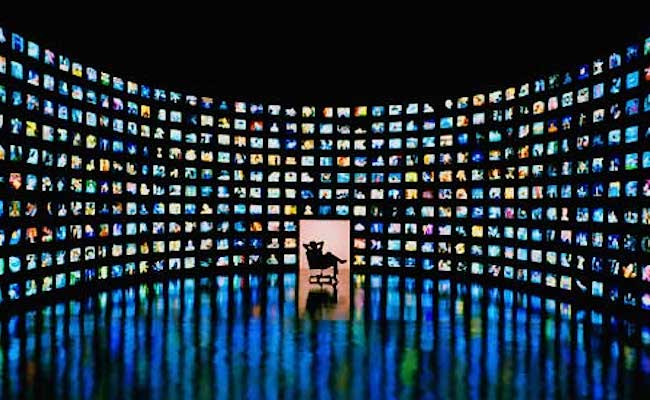 [Editor’s Note: This is the first of a two-part series exploring why content owners and brands need to take control of their online video distribution and monetization activities, and how they can do that within their given resources. Click here to see Part 2.]

For those of us in the online video and advertising market, the theme for 2014 can be boiled down to one word: Control.

Anyone attending the recent NAPTE conference earlier this year can tell you that the video syndication business is hot. Nearly all entertainment entities are trying to get into the marketplace and establish a direct-to-consumer video strategy that they control themselves. To date, any online video strategy has involved YouTube as a prominent partner, and for good reason. With the vast majority of the online video audience, YouTube is a powerful go-to-market path that can’t be ignored. But moving beyond YouTube to establish a syndication channel you control should be the goal of any online video provider, from the largest multi-channel network to the smallest niche programmer.

Late last year, YouTube’s Content ID system began flagging thousands of videos (most of which were game related) for copyright infringement, primarily due to the music they contain. The videos in question were not removed and the situation was somewhat resolved, but a lot of creators behind the flagged videos were no longer able to collect ad revenue for them.

Most of the instances affect Multi-Channel Network affiliate channels. And while these affiliates can contest any Content ID claim, it’s certainly a hassle and a process which smaller content providers have little time or (in some cases) the sophistication to manage. In fact, if a copyright claim dispute is rejected, the content provider could receive a strike against his or her account that eventually could result in his or her channel getting shut down completely.

While YouTube has an obligation to manage copyright concerns across its network, the blanket Content ID execution of this can have a very real effect on the innocent content owners caught up in a very widely cast net.

While a separate division of Google, YouTube is still part of Google, and Google can very quickly and effectively crush any websites or content partners that run afoul of its standards. Just look at the devastating impact on so-called “content farms”. Google tweaked its search algorithms two years ago which resulted in some sites losing up to 70% of their keyword rankings.

A more recent example is Rap Genius, which used some ethically shaky tricks to game Google’s search results. Google responded by effectively banishing the company from its search listings, the result of which caused Rap Genius to appear on the fifth page of results where it once was on the first page. That issue’s been resolved, too, but remains a telling example of Google’s power. And let’s not forget about Demand Media.

Google puts users first, as any company should. But for video publishers, the message is clear—they’re not your viewers, they’re Google’s viewers. And don’t you forget it.

Most of the money made on YouTube comes from ads. YouTube reportedly and in most cases takes 45% of the ad revenue sold against content on the site. While content providers have some input into the ad sales process, YouTube by and large controls most of the inventory. Video providers want better ad rate splits, and more control over the kinds of ads that show up on, over, and next to their programming. They want to sell ads more directly and keep more of the cash.

YouTube is trying to address these concerns by offering better rates for exclusive content, and integrating the ability to charge subscriptions for premium content. But the real issue remains around control.

At the end of the day, it comes down to mitigating risk. The more control you as a content provider have over the content, distribution, and financial rewards, the less risk you have. This is why many are either building their own video platforms (like Vevo and Maker Studios), or looking to video syndication platforms, or creating branded video apps for mobile phones, tablets, and other devices.

Exactly which path to take and how to execute it was a major point of conversation at NAPTE, and I expect the discussion will continue in the weeks and months to come. This is interesting because the topic was nowhere to be found at previous such events. It’s clear people are taking digital content distribution more seriously as a means of revenue generation and not just awareness.

What a difference a year makes.

Frank Sinton is the Founder and CEO of Beachfront Media, a video technology company that enables the distribution and monetization of video across all screens. Beachfront’s Builder platform enables any YouTube channel to create & monetize an App for iPhone, iPad, Android, and Connected TV.  For More information, you can visit BeachfrontBuilder.com or follow along on Twitter at @beachfrontmedia or @fsinton.