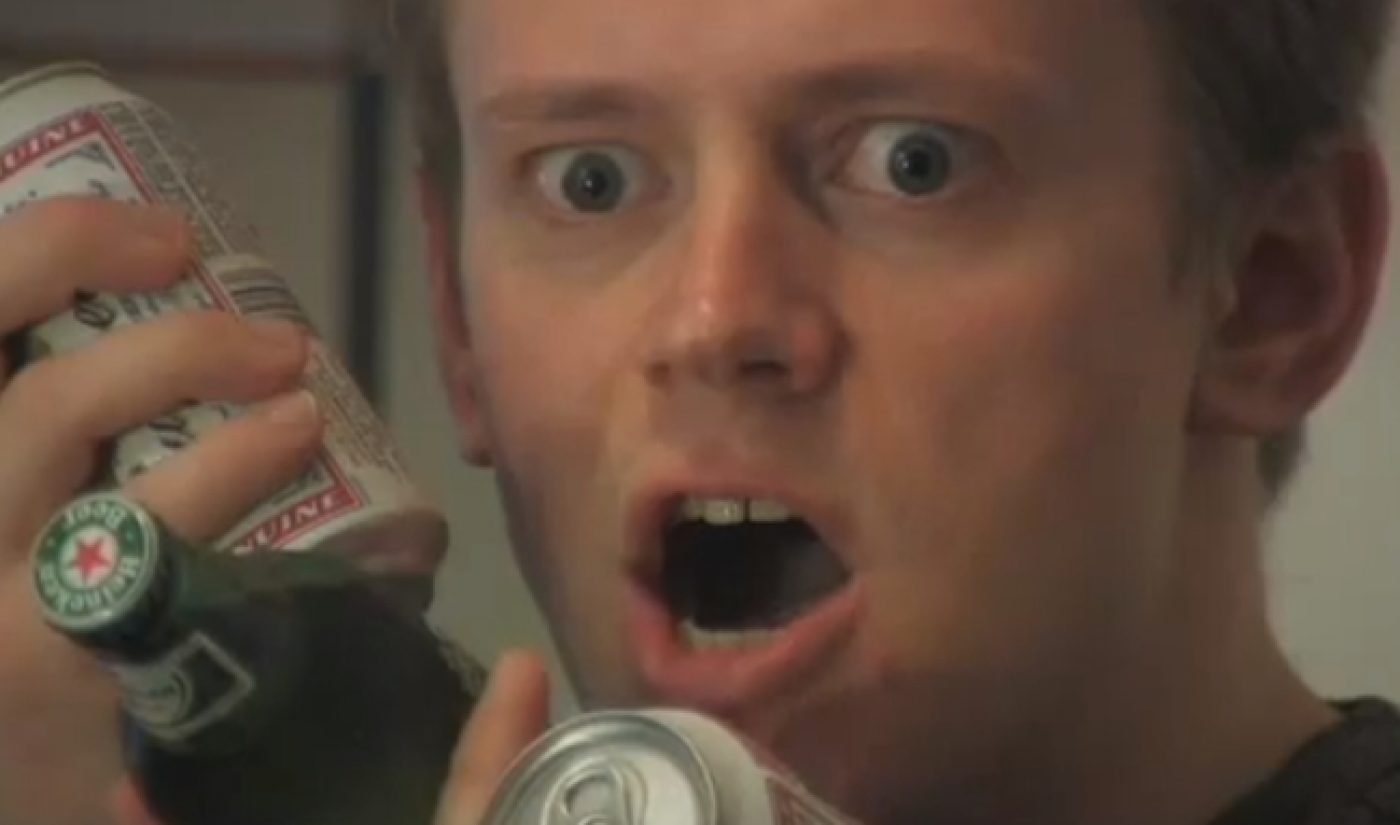 Before they were racking up 140,000,000+ video views, getting featured on G4’s Attack of the Show!, Last Call with Carson Daly, Spin and Wired Magazine, and working with the likes of Patton Oswalt, Weird Al Yankovic, and Anchorman’s David Koechner, the creators of 5secondfilms were producing high concept, low budget videos from the dormitories of the University of Southern California and amassing a collection of wigs, hats, props and accessories that would make RuPaul jealous.

So what can we learn from an absurdist, adult-oriented clip that set the thematic tone for more than 1,400 5SecondFilms produced?

The uber-short genre doesn’t eat up much of your viewer’s time, which is good, considering the average YouTuber’s attention span is shorter than a rat on a hot skillet.  Plus, the under-60-second format won’t consume your entire production budget.  Here’s why: The longer an episode is, the longer it takes to shoot, the longer it takes to edit, and most likely, the more it costs to produce.  In other words, time is MONEY.  So start with a subject you’re passionate about.  Then, create lots of episodes at once.  5SF shoots five in a weekend, then posts one every weekday.  That’s cost effective, right?  Always try to use the same cast/crew/location each time.  The less you have to produce, the more time you’ll have to shoot.

Work in teams. It’s easier, faster, and might even hook you up.

You can shoot your web show all by yourself, but like sex, it’s better when you do it with other people.  And not just because it’s more fun.  Have you ever stayed through the end credits of a feature film?  It’s a long list, right?  Sometimes the crew consists of hundreds of people.  And when the film sucks, that’s bigger than the audience.   Now, we’re not saying you need all those people to make a video.  But in terms of making it across the finish line, lets say, before the inevitable zombie apocalypse, there is nothing better than a buddy system.  Seriously, even if you’re just shooting a no frills video-blog; you’ll need somebody to go on beer runs.  FYI: 5SF core team of 12 writers, filmmakers, and actors work, play and sometimes even live together in the same house where they shoot the shorts.  Suh-weet!

Uber-short is the new short.

According to social video company Jun Group, bite-sized clips have higher click-through rates. “Fifteen-second-or-less videos account for only 10 percent of all social video, but they produce the best click-through rates,” the company noted. “They’re 153% more effective than their 16-second to one-minute counterparts.”  iPhone fanatics should check out Viddy and Vine, freebie mobile apps (compatible with any iPhone, iPad or iPod running iOS 4.1 or above) that let you turn uber-short videos into cinematic masterpieces using cool visual effects, graphics and audio.