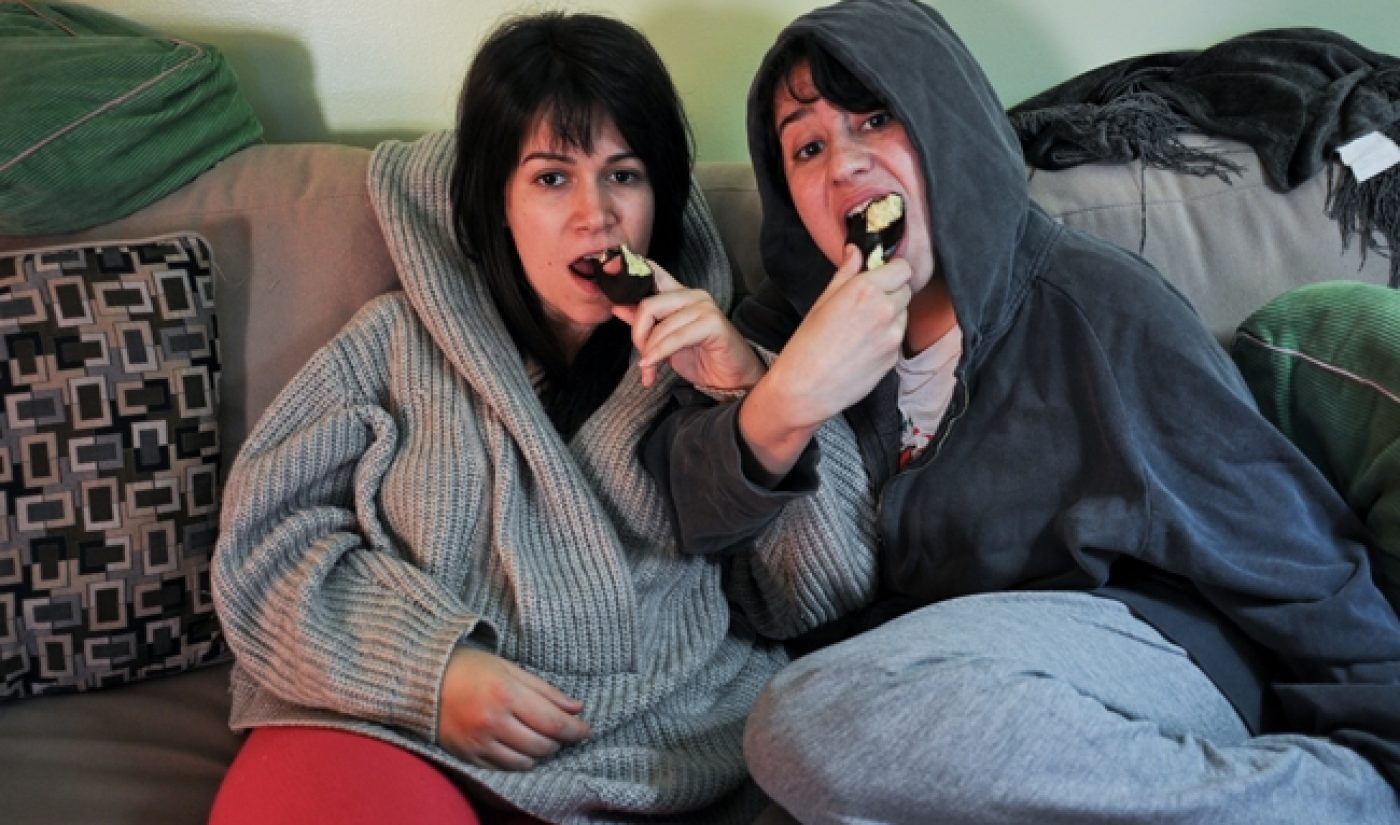 When I first ran into Abbi Jacobson at the New York Television Festival last month, I didn’t know what to expect. Jacobson was unassuming and humble. You’d never know she and creative partner Ilana Glazer were mere weeks away from shooting a pilot for a sitcom on Comedy Central based on their cult web series Broad City and executive produced by comedy queen Amy Poehler. If it makes it to air, Broad City will count as one of the artiest web shows to make the jump to the bigger screen.

On the phone, Jacobson and Glazer displayed the same humility and humor, even with Hurricane Sandy approaching New York, where they both live and work.

“People like familiarity. Executives like familiarity,” Glazer said of developing Broad City. “If there’s a lasting feeling, I want it to be warmth, inclusion, this feeling of chilling with characters…It’s like with drugs: I just want people to take it and relax.”

It’s been a long journey. Glazer and Jacobson met in 2007 as members of the Upright Citizens Brigade, on a team where they were the only women. Was it love at first sight, I asked?

“I swear I thought Ilana was the character Maeby from Arrested Development. That was my first impression,” Jacobson said. “We’re both pretty chill. We didn’t make a thing of it.”

After years of improv and stand up, the women wanted something to show to family and friends. So they decided to shoot video in 2009. Broad City debuted in early 2010 and episodes came out throughout the year as the pair constantly worked to improve the show.

Gradually, the series matured. Earlier episodes were simple, sometimes shot in one take. By the finale the team were acting in elaborate situations, citing Do the Right Thing and dancing extravagantly in Washington Square Park. Along the way they connected with New York’s thriving community of comedians and filmmakers, who made cameos in front of and behind the camera.

“The most we ever paid someone is like $100. That’s just because we couldn’t afford to pay them more,” Jacobson said. “We’re lucky enough to be in a community that’s full of talented people. The talented people stick around and make stuff.”

Broad City has never counted fans by the millions. But what its creators lacked in viewership they made up for in passion. “We have this low quantity, high quality group of followers that’s been our army since it begun…We’re so grateful,” Glazer said.

In June last year fellow UCB-er Amy Poehler came aboard to help bring the show to television. FX grabbed first with a script commitment but graciously let it go. Comedy Central stepped up to make the pilot, which shoots later this month.

Poehler likely latched onto Broad City‘s blend of the mundane and absurd, now popular on shows like Louie, which premiered the same year as Broad City. Glazer and Jacobson said at the time they were inspired by Curb Your Enthusiasm‘s neurotic humor.

As they embark on the next phase, Jacobson and Glazer said they’re most concerned about maintaining the feel of the web series. They don’t have complete control over the television show.

“We would be one of the female-driven shows on Comedy Central. I think it’s exciting to be that,” Jacobson said. “I want to try as best as we can to recreate what we did with the web series…We’re so protective of this voice.”