It’s Tough to be a Teenager in ‘Squaresville’ 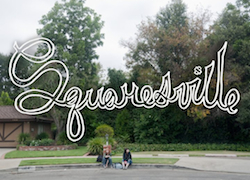 The slice-of-life comdey focuses on two childhood friends as they pass through teenage adolescence in the suffocating boredom of suburbia. Zelda (Mary Kate Wiles) and Esther (Kylie Sparks) are two misfit friends whose friendship faces the complicated, emotional, and hilarious challenges of teen romance and new social forces.

“I started Squaresville because I wanted to make something that would resonate emotionally with the online audience,” Enlow told Tubefilter. “In an era of disposable entertainment, and distractions, it’s really challenging to make something sincere. The show is a comedy at its core, but the characters are facing universal issues with growing up. Who you are as a kid, and who you want to be. It’s fun and entertaining, but I try to pack a left hook into every episode.”

The series features music from Now, Now and My First Earthquake.