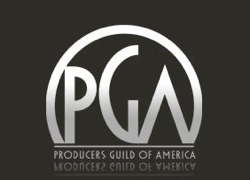 Nikki Finke, Founder and Editor in Chief of Deadline Hollywood, announced on her site this week that for the first time in the history of the Producer’s Guild of America, a new credit was voted on and ratified — that of the Transmedia Producer. The PGA’s New Media Council Transmedia Producer was co-authored and spearheaded by legendary transmedia scholar and producer Jeff Gomez. Gomez is President and CEO of Starlight Runner Entertainment, member of the PGA East, and has designed transmedia campaigns for projects including James Cameron’s Avatar, Disney’s Pirates of the Caribbean, Prince of Persia and Tron, and Microsoft’s Halo.

Gomez describes this accomplishment as “one of the most thrilling moments in my career” and in an e-mail correspondence with Tubefilter, went on to explain what he views this will mean for transmedia as a whole: “This credit will help move transmedia storytelling from methodology to artform, from marketing tool to a conduit for dialog, mutual expression and co-creation. The credit will empower producers and creators, allowing them to take equity in the worlds they’ve worked so hard to build, even as they move like quicksilver across a dozen media platforms.”

Below is how the PGA officially defines a Transmedia Producer:

A Transmedia Narrative project or franchise must consist of three (or more) narrative storylines existing within the same fictional universe on any of the following platforms: Film, Television, Short Film, Broadband, Publishing, Comics, Animation, Mobile, Special Venues, DVD/Blu-ray/CD-ROM, Narrative Commercial and Marketing rollouts, and other technologies that may or may not currently exist. These narrative extensions are NOT the same as repurposing material from one platform to be cut or repurposed to different platforms.

A Transmedia Producer credit is given to the person(s) responsible for a significant portion of a project’s long-term planning, development, production, and/or maintenance of narrative continuity across multiple platforms, and creation of original storylines for new platforms. Transmedia producers also create and implement interactive endeavors to unite the audience of the property with the canonical narrative and this element should be considered as valid qualification for credit as long as they are related directly to the narrative presentation of a project.

Transmedia Producers may originate with a project or be brought in at any time during the long-term rollout of a project in order to analyze, create or facilitate the life of that project and may be responsible for all or only part of the content of the project. Transmedia Producers may also be hired by or partner with companies or entities, which develop software and other technologies and who wish to showcase these inventions with compelling, immersive, multi-platform content.

To qualify for this credit, a Transmedia Producer may or may not be publicly credited as part of a larger institution or company, but a titled employee of said institution must be able to confirm that the individual was an integral part of the production team for the project.

Opinions on this move in the transmedia community are predominantly positive, though of course, there are valid concerns and questions. Tubefilter contacted several professionals working in the transmedia space to get their thoughts on this history-making development. Said Jay Bushman, Platform Agnostic Storyteller: “I’m of two minds about this: on the one hand, anything that helps to codify and legitimize what we do it a plus. It’s a big step towards a common understanding. On the other hand, I share Christy’s reservations (Christy Dena did a very informative blog post about the PGA decision) about the franchise-centric nature of this credit. It defaults towards projects that have major media muscle behind it, and I worry that the definition as written will exclude a lot of the people that would most benefit from it. I’d put myself in that group – I’m not sure if I would even qualify.”

Transmedia storyteller Brooke Thompson had this to say via Twitter: “RE PGA Transmedia Credit — three narrative storylines? What does that do to the idea of transmedia being ONE story told across platforms?” Gomez responded to this concern: “with regard to three ‘narrative storylines’, I feel this will be fairly broadly observed. If a narrative thread or interactive element has a thought progression (roughly a beginning, middle and end), then that pretty much counts in my book. Games, game modes or aspects of game interactivity, commercials or aspects of ad campaigns all count as story here, I feel, alongside traditional narratives.”

There is also a noticeable exclusion of the video game industry in the wording, though numerous franchises do utilize gaming in their transmedia experiences. Said Christy Dena in her post: “Game consoles aren’t even listed in the media platforms. Despite the rise of the game mode across societies, most of ‘Hollywood’ if you like, still sees it as a lesser mode of expression. Understanding how games work and how narratives work, indeed, how interactivity works too, is part of the skill-set of most transmedia writers (and producers). For now though, everyone keeps using the term ’storytelling’ because it helps people understand that it isn’t just about marketing or something like that. For me, it is more important to recognise the unique skill-set involved with this area. But obviously it is so unique most people working in it don’t get it!” (UPDATE: Jeff Gomez posted on his Twitter: “Note: the lack of videogames in the Transmedia Producer credit is a TYPO from many drafts. It will be corrected when ratified in June.”)

Nina Bargiel, Transmedia Storyteller for Streamy-nominated series Valemont and Woke Up Dead, chimed in: “While there may be disagreements on the definition of what a Transmedia Producer is, I do think that it’s a step in the direction of recognizing our contribution and ideally may evolve into ownership. Those who qualify for the Producers’ Guild also now have an opportunity to receive health and pension benefits.”

“Now when I say I’m a Transmedia Producer, I feel like I have something to point at and say ‘yeah, that’,” she concluded.

Tubefilter is eager to hear more discussion on the PGA’s decision…so please, feel free to add your comments below.