ABC's 'FlashForward' ARG: What Did You See? 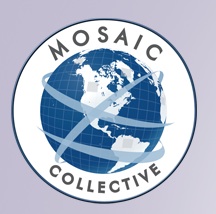 On October 6, 2009 at 2 PM Pacific Standard Time, everyone on the planet blacked out at exactly the same time (called the Global Blackout or GBO). During the 2 minutes and 17 seconds that passed, every person experienced a vision of where and what they were doing on April 29, over 6 months later. These visions are deemed by a government task force created to investigate the GBO as FlashForwards.

And thus begins the ABC series named after these visions: FlashForward. Co-created by Blade and The Dark Knight writer David S. Goyer and Star Trek writer/producer Brannon Braga, the series is slated to premiere on September 24th. But like a few other television and film projects, the series is integrating an ARG (Alternate Reality Game) to promote and build a community around the series. Using Internet videos, live events, original websites, and social networking sites, the FlashForward ARG strives to give players a truly immersive experience.

The game is currently two-pronged, having begun on July 23 with the launching of TruthHack.com, a video blog series reporting on the Global Blackout and run by Oscar Obregon, who according to his bio is a Pulitzer Prize-winning journalist, and author of the international bestsellers ‘Parties/Over’ and ‘Fire Sale’. He has worked as a print and broadcast journalist for CurrentTV and the Los Angeles Bulletin, where he won the George Orwell Courage in Journalism award twice, in 1999 and 2001. Obregon is your classic middle-aged film noir journalist with a modern-day twist: he vlogs from what looks like his home office, asking his viewers to help with his investigation. The character is likable and the videos are well-shot and well-written.

The launching of TruthHack.com coincided with the beginning of ComicCon 2009, a tactic has been used by several other ARGs including The Fringe ARG of 2008, The Dark Knight ARG of 2007, and The Lost Experience of 2006. Employees of The Mosaic Collective recruited attendees to enter booths with a camera where they could share their FlashForward experiences and explain how they wanted to learn more about them. The idea here is that the more FlashForwards recorded, the more connections can be draw between them, eventually forming a clearer picture (or “mosaic”) of what occurred on April 29, 2010. And Obregon was there to report everything he had seen, even interviewing those who had been asked to participate in mysterious “follow-up interviews”.

The second prong of the game began with the launching last week of www.jointhemosaic.com, which contains all the data that The Mosaic Collective has gathered thus far as well as the ability for users to create profiles and add their own FlashForwards to the site. It’s a beautifully designed site and very easy to navigate. The soothing music playing throughout can get grating but it adds to the feeling that things may not be as they seem…

…because as Obregon notes, for a government-run project, they sure are putting more focus on the positive FlashForwards for his liking. As of this writing, he’s looking for help decoding an encrypted message he has received from an unknown source. So if you’re ready to jump down the rabbit hole of this game that would be the place to begin.

All in all, this is a very well-designed ARG that has an easy enough entry point (at least so far) for novice players to get involved quickly but a rich enough storyline to challenge veteran players. Because the premise covers every person on the planet, it appeals to a wide player-base and there is a lot of opportunity for player involvement. I only question the inclusion of the Obregon character. Though I enjoy the character and he does function as a connection to the audience, this is the third time in a short period where a reporter character is serving that function (the other two being Harper’s Globe and The
Vampire Diaries – A Darker Truth).

Perhaps my thoughts can be summed up best by the words of Obregon himself: “Being optimistic and maintaining a healthy sense of skepticism are not mutually exclusive. And being snarky just for the sake of being snarky can distract you from the detail that might help you crack the case.”