Review: 'Val Verde', So Close, Yet So Far Away

Val Verde, the new four-episode action-comedy web series from 60Frames and Elephant Larry, is a parody of those evil henchmen from just about any action movie you’ve ever seen. The ones in Val Verde are finding out slowly that they are in the movie Predator and that they are being hunted by the film’s alien monster. It should also be noted that according to the show, Val Verde is the tiny Central American nation from which all evil henchmen come (I’m going to assume this a reference over my head and if not then it’s just absurd enough to make me laugh).

I really wanted to like this and at episode three when I laughed a few times, I thought, finally, this show is funny. And then episode four came and while mildly intriguing I went back to the way I felt about eps 1 and 2, I don’t care. And so far, though they tell us there’s another season coming, this season is only four episodes long and I’m probably not coming back.

Production value on this show is absolutely stellar. Sound design, sound and dialogue coherence, music cues, etc are some of the best I’ve seen. Acting is great. Sets, great. Etc. But conceptually, eh. It’s a show about evil henchmen and the abounding henchmen clichés in movies, i.e, ways they die: sucked into large fans and pureed, impaled by steampipes, blown up; or the fact that they always die when they split up, episode two is all about when someone says a clever piss line, like “I gotta piss like a five year old” and then walks off to piss, they are sure to die; or the fact that they always die in increasingly more gruesome ways (see episode four for escalating deaths). 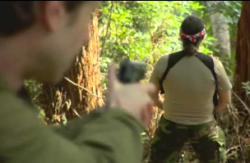 The clever continues with the characters: Jax, the weapons expert; Ajax, the cynic; Zaptop, the computer whiz; Caruthers, the commander, and finally, uncredited, another guy (always good for a kill). But the problem is that the facts that it’s parodying, aren’t so universal, or at least universal enough that you get all the jokes. Or, frankly, I just don’t care enough about bad guy henchmen that the humor means anything to me. So the cleverness falls on deaf ears.

A testament to this is the fact that the funniest parody moment in the entire series is when Zaptop goes for a piss in episode two and comes across a ‘hero’. This bit is pretty hilarious as the hero does his standard calm-as-cherry-pie dialogue, convincing the henchman that everything is gonna be fine if the henchmen just let’s the hero pick up his gun, calmly, easy, then point it at the henchman, then shoot him in the face. And the henchmen just about goes along with all of it. And why is this funny? Because we’ve seen Bruce Willis do this a hundred times before in an earnest action movie way. So it’s really familiar and it’s really funny and very cleverly observed. Bravo. But with henchmen? I just feel like the writers keep telling us what’s common with henchmen so we get the joke, but the fact is, it’s just not that universally known. Hence, not that funny.

There may be hope, though, as evidenced in episode three (above), when it the show takes a few absurd turns, like when Jax and Zaptop find the power gloves and turn invisible, then can’t find one another when they want to fight each other. Or when Ajax and Caruthers stumble upon a container with a man’s head and spine that tells jokes about his wife’s big pussy. And then in the end when uncredited is found hanging bloody from a tree completely skinned and screaming, ‘Has anyone seen my skin?!” This stuff is funny in and of itself and also parodies the action movie genre in a general sense and as a result works to great effect. 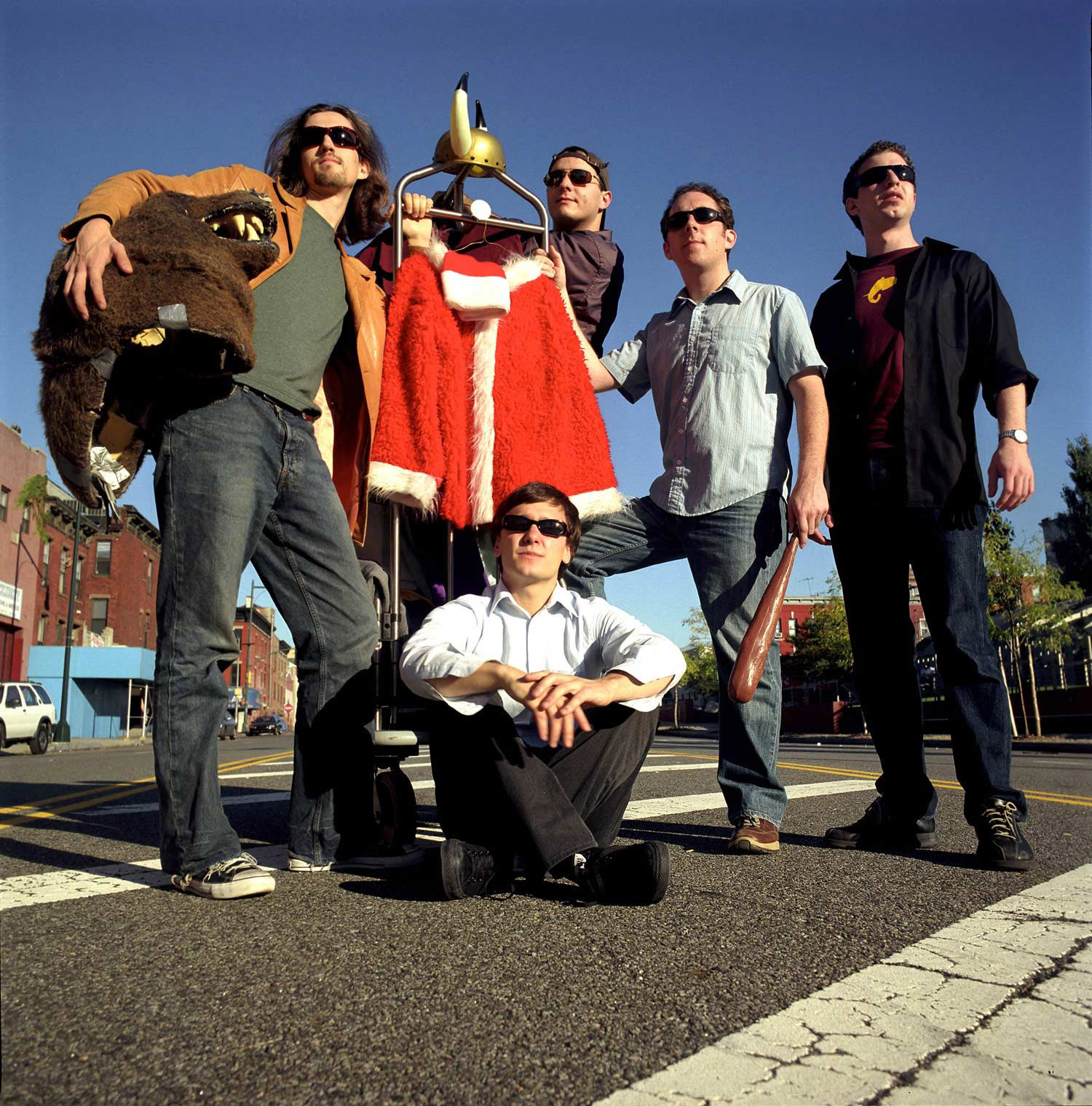 The creators, a five-man NY-based sketch comedy troupe called Elephant Larry (“Five bad boys with the power to rock you”) can be found at www.elephantlarry.com. And they have a good site, lots of talent and intelligence, but this show needs a little further development. They need to get away from beating us over the head with the henchmen conceit and what they tell us are the clichés and push a little harder in the direction of general action movie parody and their very funny sense of the absurd. And then they’ll have something pretty strong here. However, as of right now, it’s looking like a one note joke that might have already burnt itself out.