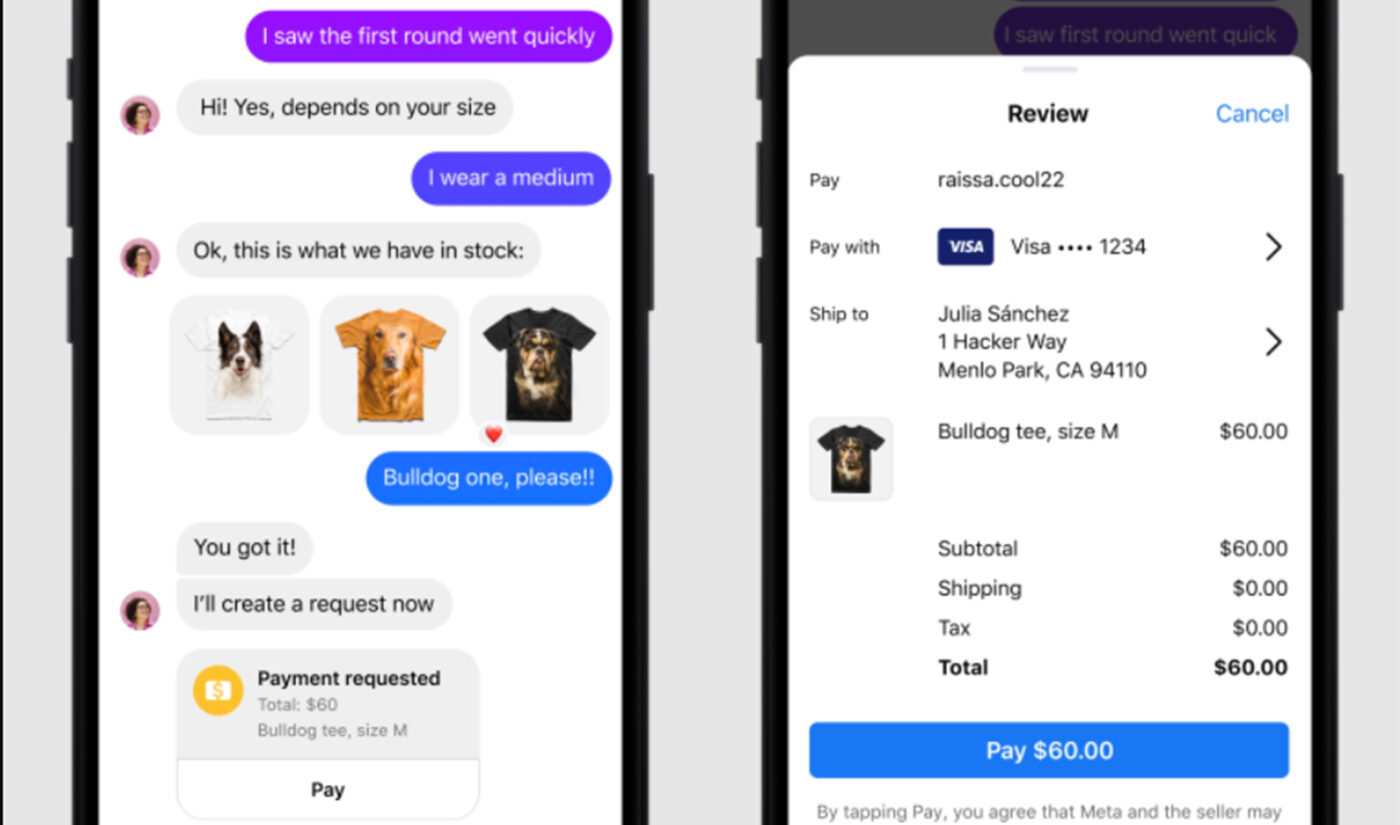 The post came with an example DM session between Jaw Surfboards, a Maui-based custom surfboard maker, and a customer, where the customer pings to ask which of the company’s boards are best to do a 360 flip. Jaw recommends a type of board, the customer confirms it’s hip to their jive, and Jaw sends them a $300 invoice, still via DMs.

In his post, Zuckerberg said invoices can be paid using Meta Pay, aka Facebook Pay but rebranded last month as part of Meta’s ongoing attempts to monetize the metaverse. Other screencaps of the feature show the ability to use normal debit/credit cards and PayPal.

Once an order is placed via DMs, Instagram will allow buyers to track their purchases within the app. They can also continue chatting with sellers via DM.

Per TechCrunch, Meta developed this feature because it noticed it’s common for buyers to DM independent creators and small businesses before they buy products.

Meta says one billion people use its various platforms—like Facebook (which has a pretty robust customer communication system set up via Messenger), Insta, and WhatsApp—to message a business each week.

Payments in Chat is currently open to creators and businesses in the United States.