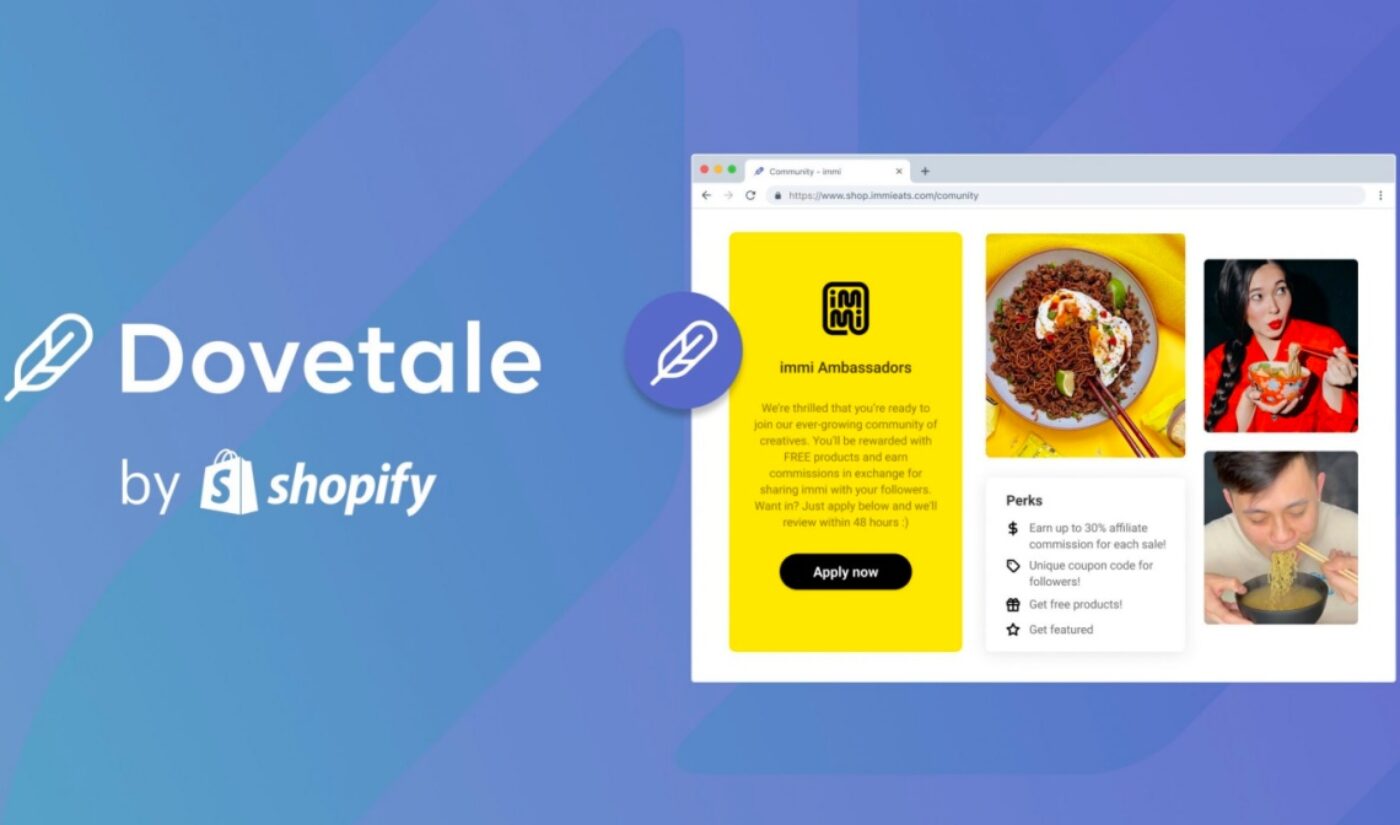 Shopify is making a big move in the creator economy. The e-commerce platform, which has been around for nearly two decades, has acquired Dovetale, which helps brands manage influencer marketing campaigns.

The price of the deal was not disclosed. Dovetale will now operate as “Dovetale by Shopify,” but a blog post from the company has promised “minimal changes” for existing clients. In Shopify, the Brooklyn-based company believes it has found the perfect partner to “power the future of Dovetale.”

The deal is a big win for Shopify, which is best known for serving consumers on Facebook. In recent years, the Toronto-based e-commerce hub has integrated its services into TikTok and Spotify, thus forecasting its ambitions in the red-hot creator economy. Through Dovetale, Shopify can add new perks and benefits for the videomakers who rely on it. That will make its creator and influencer program — led by former Yeezy GM Jon Wexler — even more appealing.

“We really see creators as the next generation of entrepreneurs,” Shopify director of product Amir Kabbara told Modern Retail. “It is a top priority for us to really help these creators enter commerce and start monetizing.”

One e-commerce service that many creators now covet is a comprehensive link-in-bio tool. Influencers want to fill up their profiles with analytics, merch, and other apps. To do that, they can choose from among several competitors, including Koji, Pico, and Linktree, but Shopify’s Linkpop is now looking like a tempting alternative. It’s already free, and it’s now integrated with Dovetale, which Spotify is also making free.

That right there is one of Shopify’s big competitive advantages: Since it has been crushing the e-commerce game for more than a decade, it has a strong financial base to build off of. While other links-in-bio and influencer marketing platform cost money, Shopify is offering a price that’s literally unbeatable. With Dovetale’s tools in its arsenal as well, it has a powerful combination of services at its disposal.