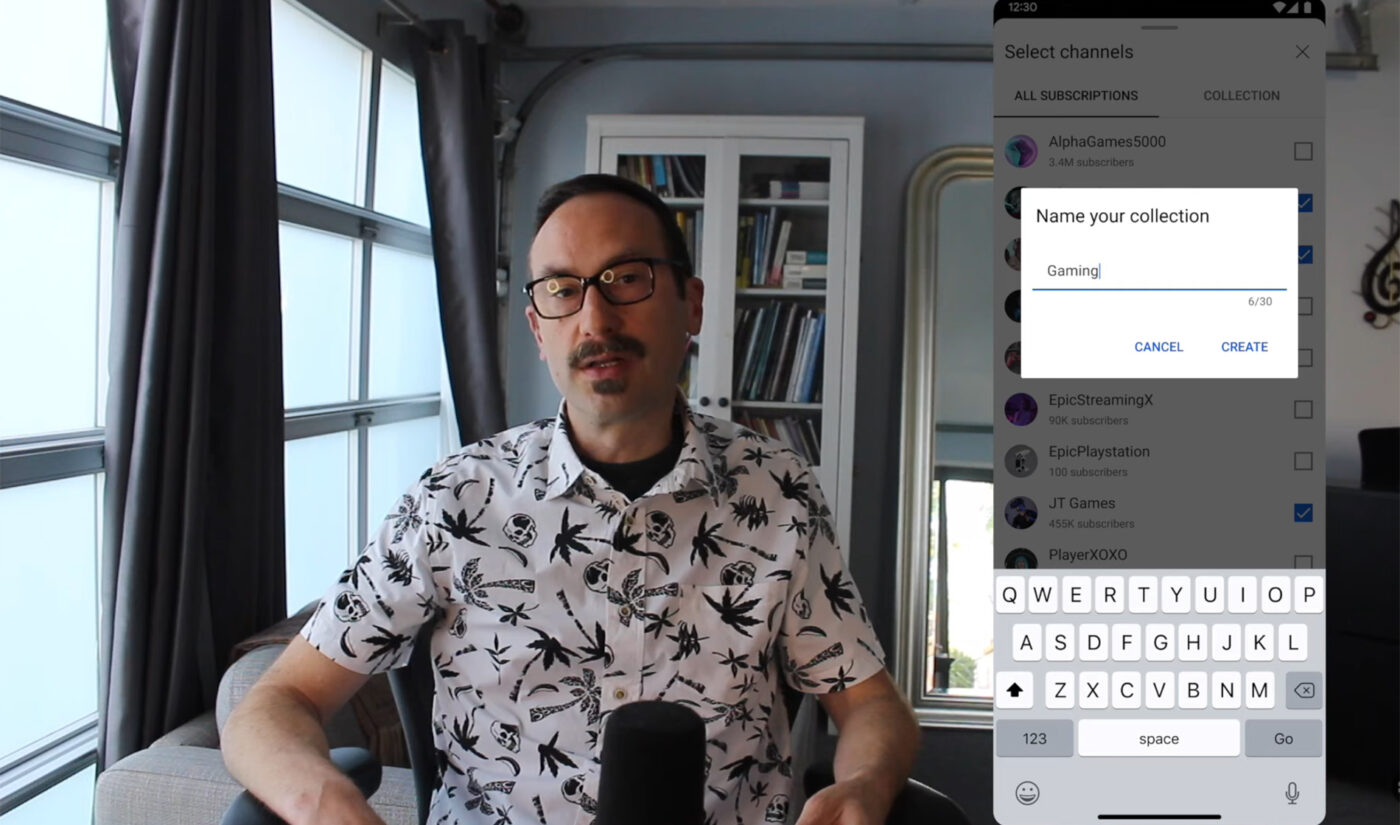 YouTube is trying to figure out how to better organize its oft-complained-about Subscriptions feed.

In its latest Creator Insider video, the platform revealed it’s testing a feature called Collections that will let users sort the creators and channels they’re subscribed to into specific categories.

“Over the years, what we’ve heard from viewers is that the Subscriptions feed can feel overwhelming,” Chris, a YouTube staffer who works on subscriptions, says in Creator Insider’s upload.

The Subscriptions feed has been a longtime bone to pick for creators, who for years have complained that it doesn’t properly deliver their videos to subscribers. As it stands right now, the feed is a seemingly endless stack of videos from every creator you’re subscribed to, in chronological order. The feed does have a bit of auto-organization: if a creator uploads several videos and you haven’t watched any of them, Subscriptions will collect the videos together into a single notification. But beyond that, the feed doesn’t have any management or organizational tools.

YouTube aims to change that with Collections. The in-development feature (being tested with an unspecified number of randomly selected users) lets users create categories and sort channels into them. Categories they’ve created will then be listed in the Subscriptions tab.

“From a viewer perspective, our goal is to allow viewers to organize their subscriptions to help them more effectively find what they want to watch right now,” Chris says. “From the creator perspective, we want to make the Subscriptions feed a more engaging and easier-to-use place for your subscriber, so they can more easily find the new videos that you post.”

Collections will not change how new videos are displayed in the main Subscriptions feed, Chris says. New uploads will still appear chronologically within the feed, and within collections themselves.

As with all of YouTube’s tests, it’s possible Collections won’t be adopted as a full-fledged feature for the entire user base. Either way, it’s clear YouTube is looking for ways to make the Subscriptions feed friendlier to users and creators.