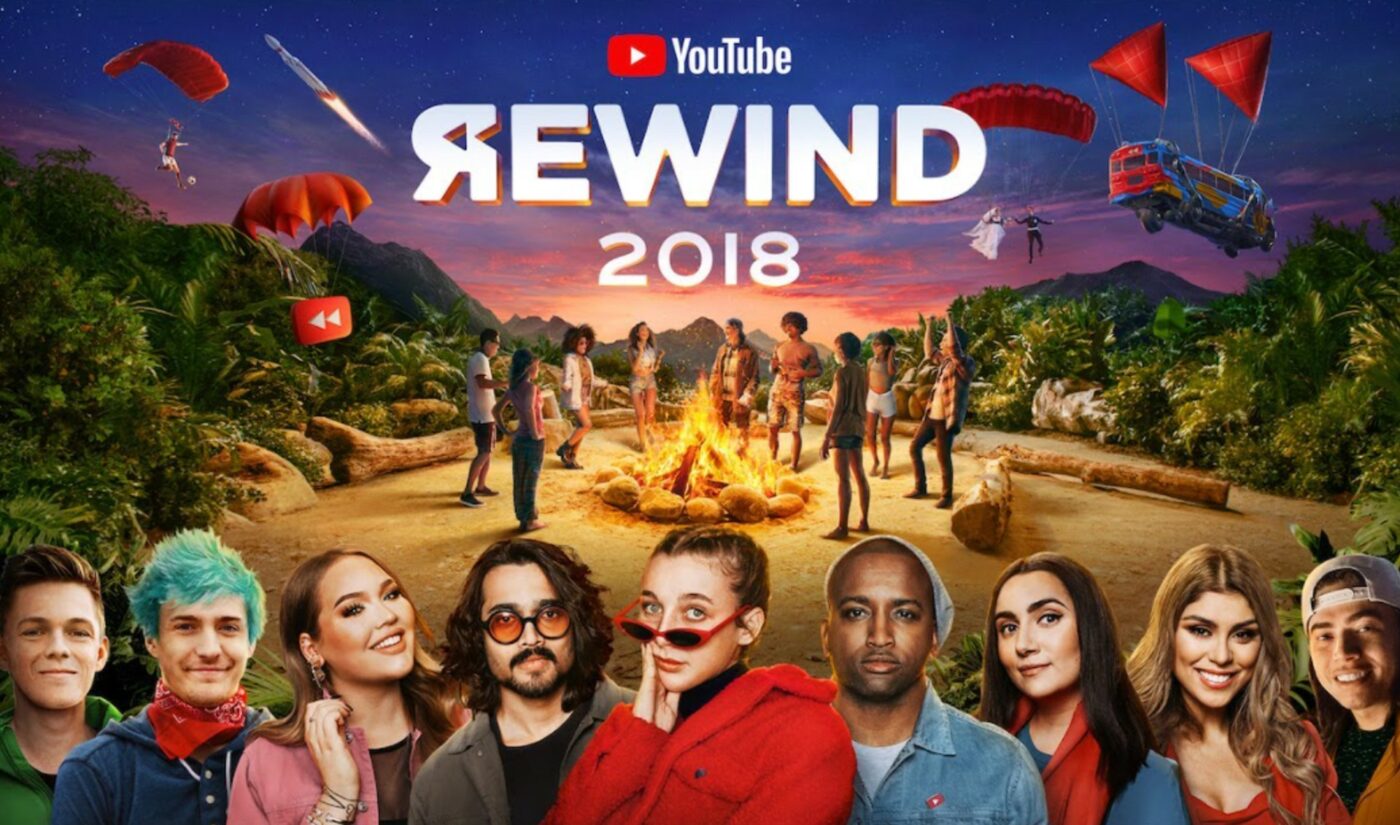 After shelving last year’s iteration of YouTube Rewind due to the hardships and heaviness of 2020, YouTube has exclusively confirmed to Tubefilter that it is doing away with the annual compendium for good.

The decision was made on what would be the 10th anniversary of Rewind. YouTube says it is not abandoning the project because of the widespread criticism it has received on more recent efforts, but because its platform has become so massive that it is impossible to encapsulate its vastness and diversity within a minutes-long compilation.

Accordingly, YouTube says it will be passing the baton to creators, who have increasingly been producing their own homespun versions of YouTube Rewind in recent years.

“Since Rewind started in 2011, we have seen creators from MrBeast [54 million views], elrubiusOMG, and Slayy Point, to so many more, create their own end-of-year videos, uniquely capturing the year from each of their perspectives,” a YouTube spokesperson tells Tubefilter.

“It’ll continue to be inspiring to see the myriad of ways the most creative content producers in the world — our YouTube creators — encapsulate the end of year in their video recaps, as YouTube retires its own Rewind video.”

While acknowledging that creators are the best way for Rewind to move forward, YouTube won’t be funding any of these efforts, though it will be promoting them on its social channels.

And the company isn’t entirely exiting the business of year-end recapping. It will continue to produce its annual trends lists, which rank noteworthy videos and creators across different categories. YouTube also pointed to the Streamy Awards, which are co-produced by Tubefilter, as another means by which it will continue to commemorate the year in online video.

Already In A State Of Limbo

The announcement about Rewind arrives as the venture was already paused. 2018 was the last year that YouTube released a Rewind video along the lines of its original conception: a big-budget and tightly-edited mashup — co-produced by digital studio Portal A — in which creators, memes, and hit songs were amalgamated into a surreal and loosely-scripted narrative.

That year marked something of a turning point, as YouTube Rewind 2018 quickly became the most-disliked video of all time, with viewers bemoaning that creators and viral moments had been left out. In an open letter, YouTube CEO Susan Wojcicki conceded that the clip had missed the mark.

That said, in years prior, Rewind had been widely anticipated and generally well-regarded, with ‘likes’ vastly outpacing ‘dislikes’ for the 2014, 2015, and 2016 outings.

In 2019, YouTube took a slightly different tact with Rewind, abandoning its traditional format in favor of a series of data-driven lists. While still technically branded ‘Rewind’, this version abdicated the platform from criticism by removing any editorial oversight and ostensibly putting the content of the video in the hands of YouTube viewers.

Most recently, YouTube said it was “taking a break from Rewind” in 2020, alluding to the coronavirus pandemic and a society-wide reckoning with systemic racism precipitated by the murder of George Floyd.