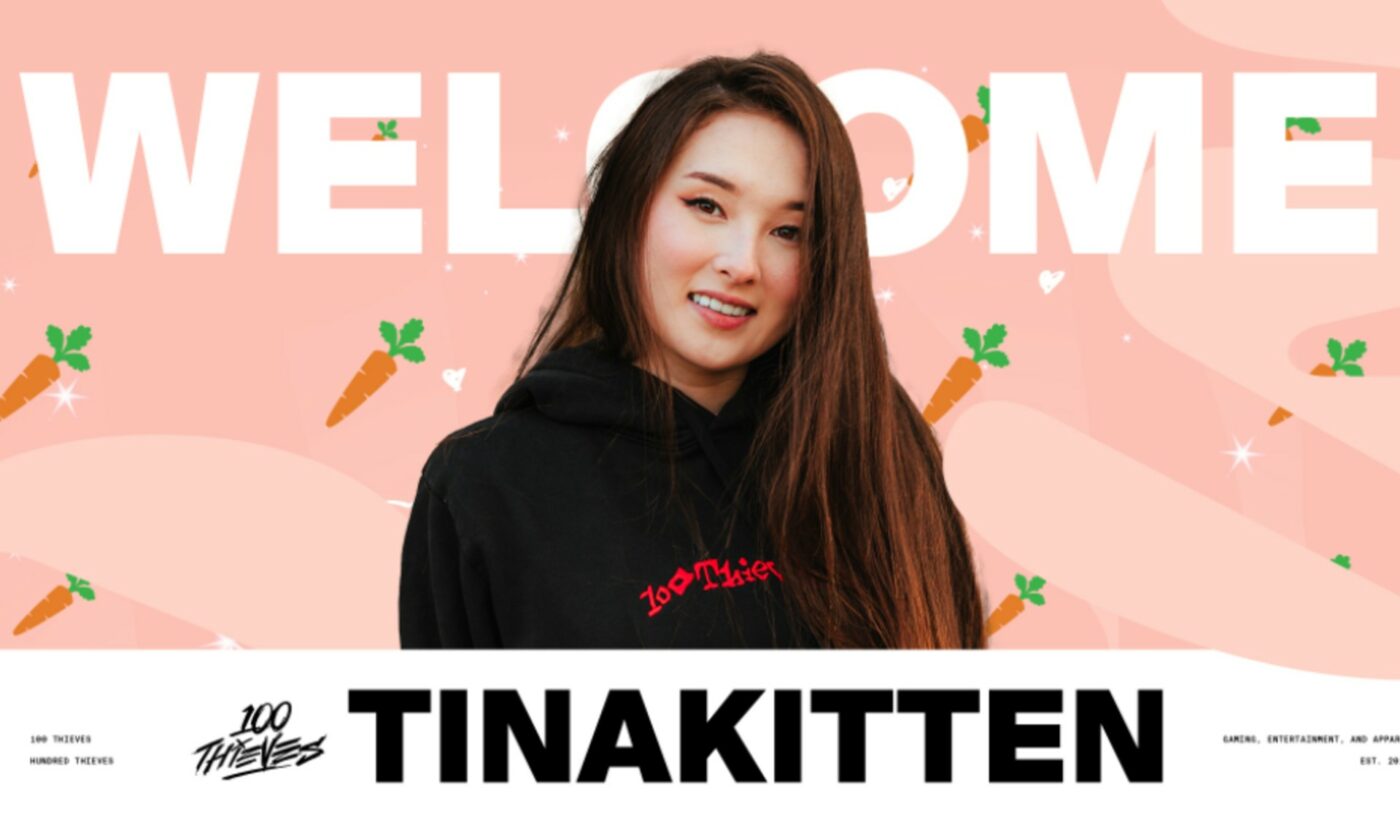 The streamer and artist, who does not disclose her real name, counts 831,000 Twitch followers and 265,000 YouTube subscribers — and experienced a breakout 2020 due to her Among Us play, according to 100 Thieves. She has also previously collaborated with longtime 100 Thieves members BrookeAB and Valkyrae, and is the second female gamer to sign with the org in recent months following its addition of Kyedae Shymko in April.

“A longtime friend of the family, Tina’s ability to light up a room with smiles is unmatched,” 100 Thieves wrote on Twitter. “Her growth as a creator over this past year has been incredible and we are so excited to support her on this journey.”

While Tina’s signing was formally announced today, Dexerto notes 100 Thieves accidentally leaked the news early with a painted welcome message on the exterior of its CashApp Compound earlier this week.

“Thank you for the best day of my life,” Martin tweeted on Sunday. “Joining 100 Thieves was a dream of mine and now it’s reality. Ever since I started streaming, I knew this was the home for me. Been grinding for that spot from the beginning.”