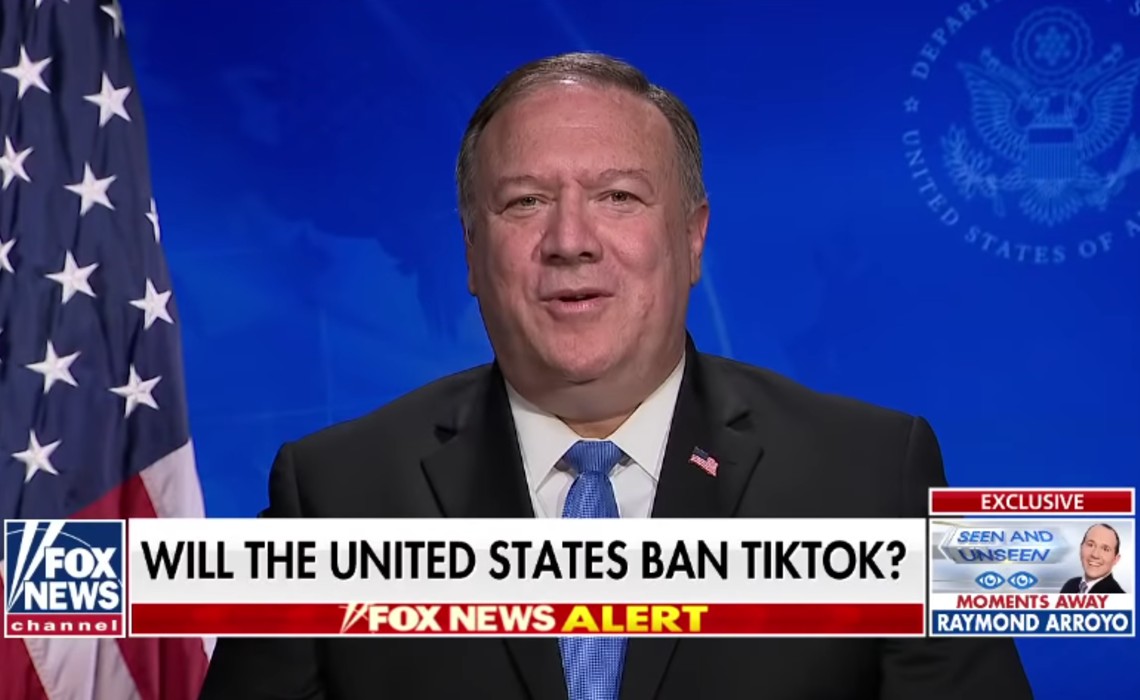 Secretary of State Mike Pompeo said in an interview on Fox News yesterday that the United States government is looking into a ban of buzzy micro-video app TikTok amid ongoing concerns that the China-owned platform has been suspected to be a tool of surveillance and propaganda for the Chinese government.

Last week, TikTok was banned in the massive Indian market, following a military standoff between the two countries last month that resulted in the death of 20 Indian soldiers.

“We’re taking this very seriously, we’re certainly looking at it,” Pompeo said of TikTok in an appearance on The Ingraham Angle. “With respect to Chinese apps on people’s cell phones, I can assure you the United States will get this one right too, Laura. I don’t want to get out in front of the President, but it’s something we’re looking at.” Pompeo also recommended that citizens should not download the TikTok app unless “you want your private information in the hands of the Chinese Communist Party.”

“TikTok is led by an American CEO [former top Disney exec Kevin Mayer], with hundreds of employees and key leaders across safety, security, product, and public policy here in the U.S.,” a TikTok spokesperson told CNN in response to Pompeo’s remarks. “We have no higher priority than promoting a safe and secure app experience for our users. We have never provided user data to the Chinese government, nor would we do so if asked.”

Meanwhile, today — perhaps in a bid to further distance itself from the Chinese government — TikTok said it would cease operations in Hong Kong after the Chinese government imposed a new, somewhat vaguely-defined national security law there. The law ostensibly criminalizes secession, subversion, terrorism, and collusion with foreign powers, CNN notes, and also broadens the power of officials to investigate and punish citizens. It would allow, for instance, investigators to demand platforms and internet service providers remove information that could be found to undermine national security.