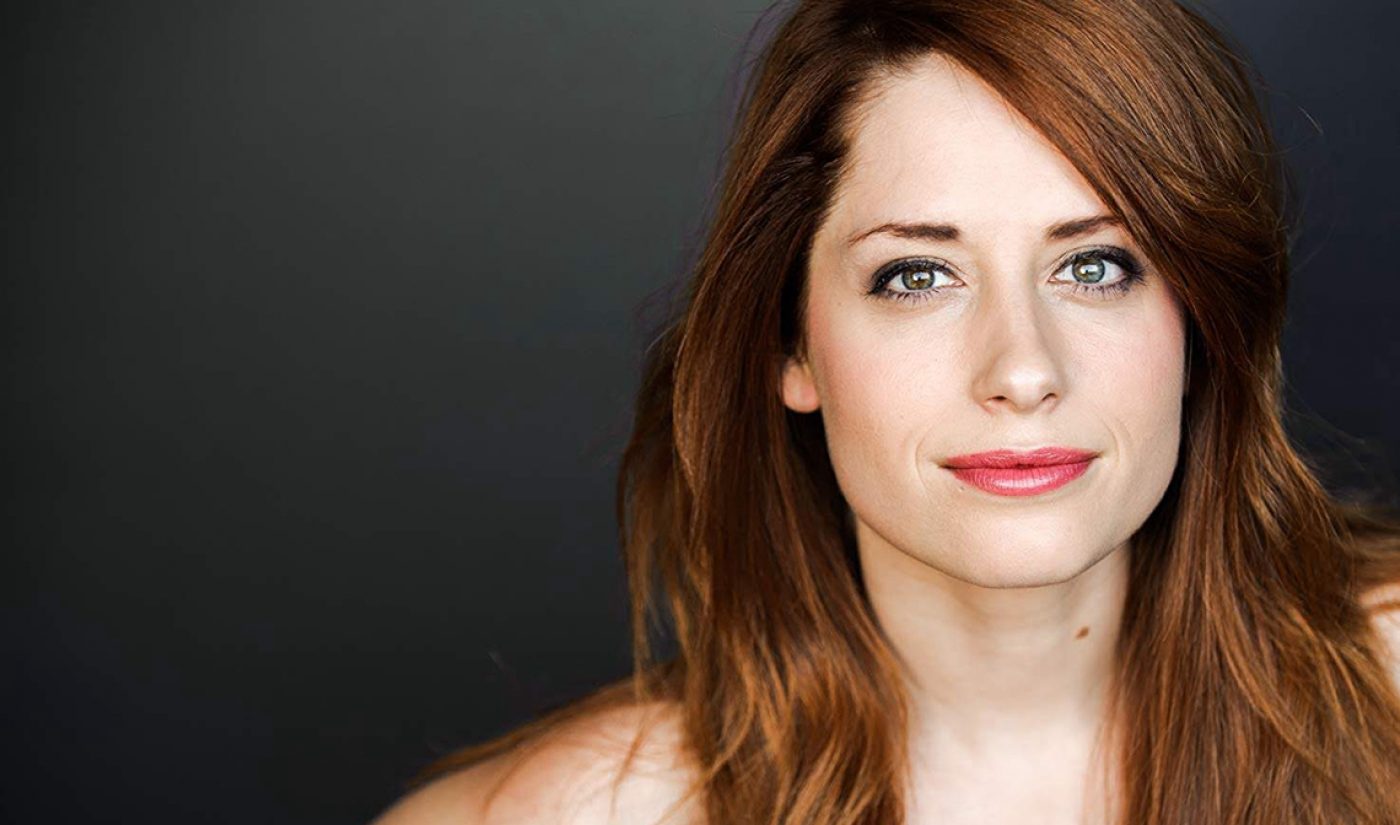 Angela is, to put it gently, a mess.

She’s pretty sure the coronavirus is a scheme by Big Internet to sell 5G, she’s short on cash (and on friends willing to lend her some–again), and she’s way too willing to dish details about all the “weird sex” she’s been having with a random Canadian guy (name: unknown) she took home from a party just before lockdowns kicked in.

To be clear, when we say “Angela is a mess,” we mean Angela-the-character, the fictitious focal point of BINGE, a web series saga that began with a single test episode four years ago and today is continuing with a three-part miniseries. But for ten years, Angela Gulner, the firmly non-fictitious co-creator, co-writer, and star of BINGE, was also a mess. Her sometimes over-the-top counterpart, and the series as a whole, is based on her experiences with bulimia, which she developed when she was 17.

“I struggled with an eating disorder for almost a decade,” Gulner tells Tubefilter. “And the pilot, it really actually closely chronicles my catalyst for getting treatments. Uh, I didn’t have have an affair with my therapist (laughs), but I did check myself into treatment drunk, and had all of the messy living and toxic relationships.”

“We were worried, like, what if people think it’s inappropriate to make this a comedy? What if folks feel like it’s not what they experienced?” Gulner says. In the end, they chose to take a chance on the project, and simply planned to keep BINGE “as true to my lived experience as possible.” That philosophy worked for them: the viewer response to BINGE‘s pilot (above) was overwhelmingly positive. “We were really shocked at how much people loved it, and how much they felt like it was accurate,” Gulner says. “Every once in a while, we get someone being like, ‘That wasn’t my experience,’ but I’m like, ‘Well, yeah, it was mine. That’s the one we’re telling.’”

The duo went on to run an IndieGoGo campaign, aiming to produce a full first season of the show. Fans contributed nearly $45,000–and then, thanks to interest generated by the campaign, Gulner and Baranovsky got an offer to partner with major studio MGM. Together, they developed BINGE as a television series and pitched it to networks.

“Sadly, people passed,” Baranovsky says. He and Gulner decided to move forward anyway and use the $45K to independently produce a BINGE feature film, but before development could kick into high gear, “COVID happened, and everything for our feature plans ground to a halt,” Gulner says.

The idea to do a BINGE miniseries set during quarantine popped up when Gulner and Baranovsky “started to notice just how difficult it was for the eating disorder community during this time,” Gulner says. “We thought, hey, I mean, why not try to create something in the world of the show and the movie that actually deals specifically with this time?”

Baranovsky makes it clear the $45K is still in the bank, earmarked for feature development. BINGE: How to Lose Weight in the Apocalypse is a passion project being made on a whopping budget of basically nothing; Gulner and other stars are filming their parts individually from home, using phone and laptop cameras, then sewing it together remotely.

EAT LUNCH WITH US — Launching Monday 5/11 — a new IG Live support series in conjunction with BINGE: HOW TO LOSE WEIGHT IN THE APOCALYPSE. 🎉🎉 Join @angelagulner and a guest daily at lunchtime (usually 1pm PST) for mealtime chats, laughter, and support! We’ve got an exciting array of guests lined up, including actress @gabbymaiden, therapist @hey_drsteph, musician and mental health advocate @cj_hart, body positive advocate @katiehwillcox, jewelry designer @laurenbrookjewelry, musician @bsquidvicious and MORE!!! …know someone who’d make for a great guest? Send us a message! #eatlunchwithus #bingetheseries #howtoloseweightintheapocalyose 📸 by the incredible @kelli_radwanski 💖

And the series isn’t the only BINGE content coming out right now. Last week, Gulner started a casual Instagram Live initiative called Eat Lunch with Us, where she and a variety of special guests livestream from the official BINGE account while noshing.

“Folks can hop on the live feed and have a little support during mealtimes that can be stressful and hard,” she says. “We’re doing that around launching the miniseries because it’s important to have humor and lightness in storytelling, but also real community support to back it up.”

You can watch the first episode of BINGE: How to Lose Weight in the Apocalypse below, and catch future installments on Happy Little Guillotine’s YouTube channel.

If you or anyone you know is struggling with an eating disorder, you can contact the National Eating Disorders Association here, and the National Suicide Prevention Lifeline here.