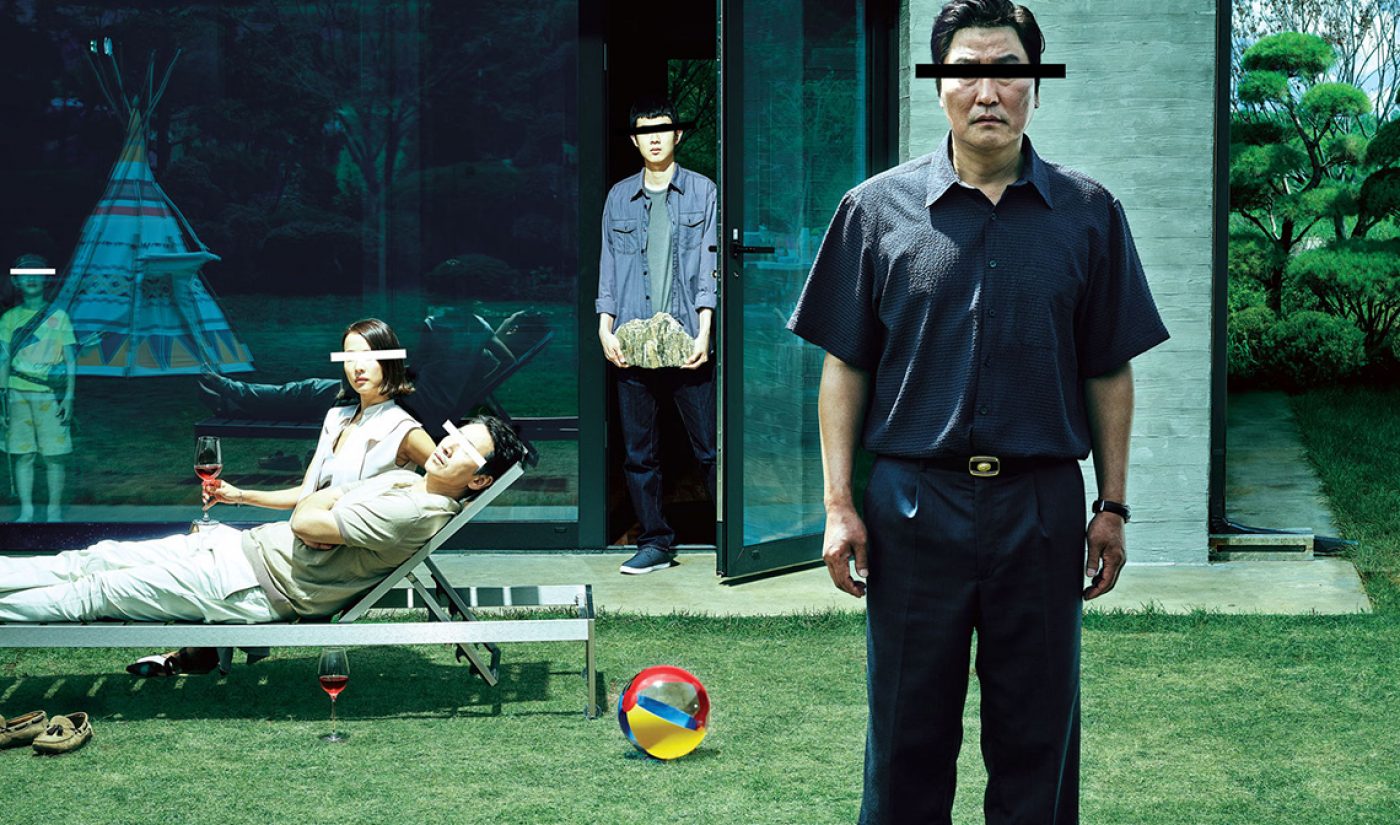 And the Oscar goes to Joker–or it will, according to YouTube views.

The platform has released a prediction of how this year’s Best Picture nominees will shake out, ranking them by the number of views their official trailers received on YouTube. If the Academy ends up voting in accordance, director Todd Phillips’ Joaquin Phoenix-starring Joker–an origin story for Batman’s iconic archnemesis–will take home the golden man.

View counts were compiled from all official trailers posted on studios’ YouTube channels, as well as “some of the most popular trailer aggregators,” the platform said. It added that it believes “YouTube has become a catalyst in the success and failure of films, even before they reach the box office,” because research shows 78% of YouTube users watch a film’s trailer to determine whether or not they’ll see a film in theaters.

According to YouTube’s calculations, Joker received a total of 102.9 million views–more than triple the views of runner-up Once Upon a Time in Hollywood (33.1 million).

YouTube also included box office numbers in its ranking because “this year we noticed that a film’s box office success positively correlated to the number of views the trailer has on YouTube.” Joker brought in more than $1 billion, while Once Upon a Time brought in $373.9 million. (YouTube did note two exceptions to its box office correlation: Netflix’s nominees, The Irishman and Marriage Story. They made significantly less in theaters due to limited runs.) 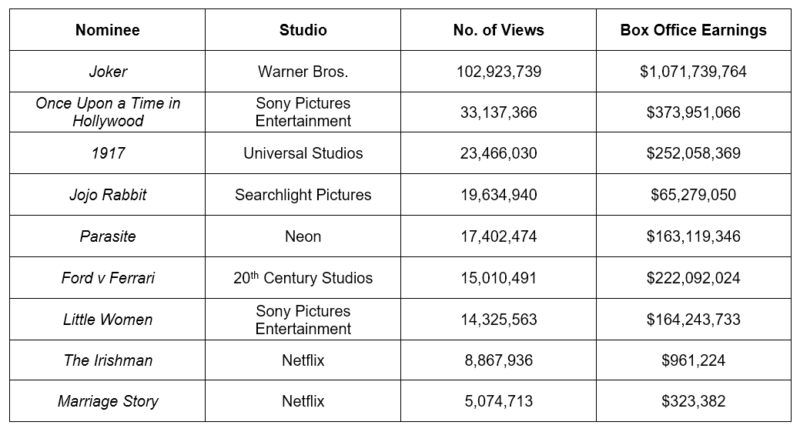