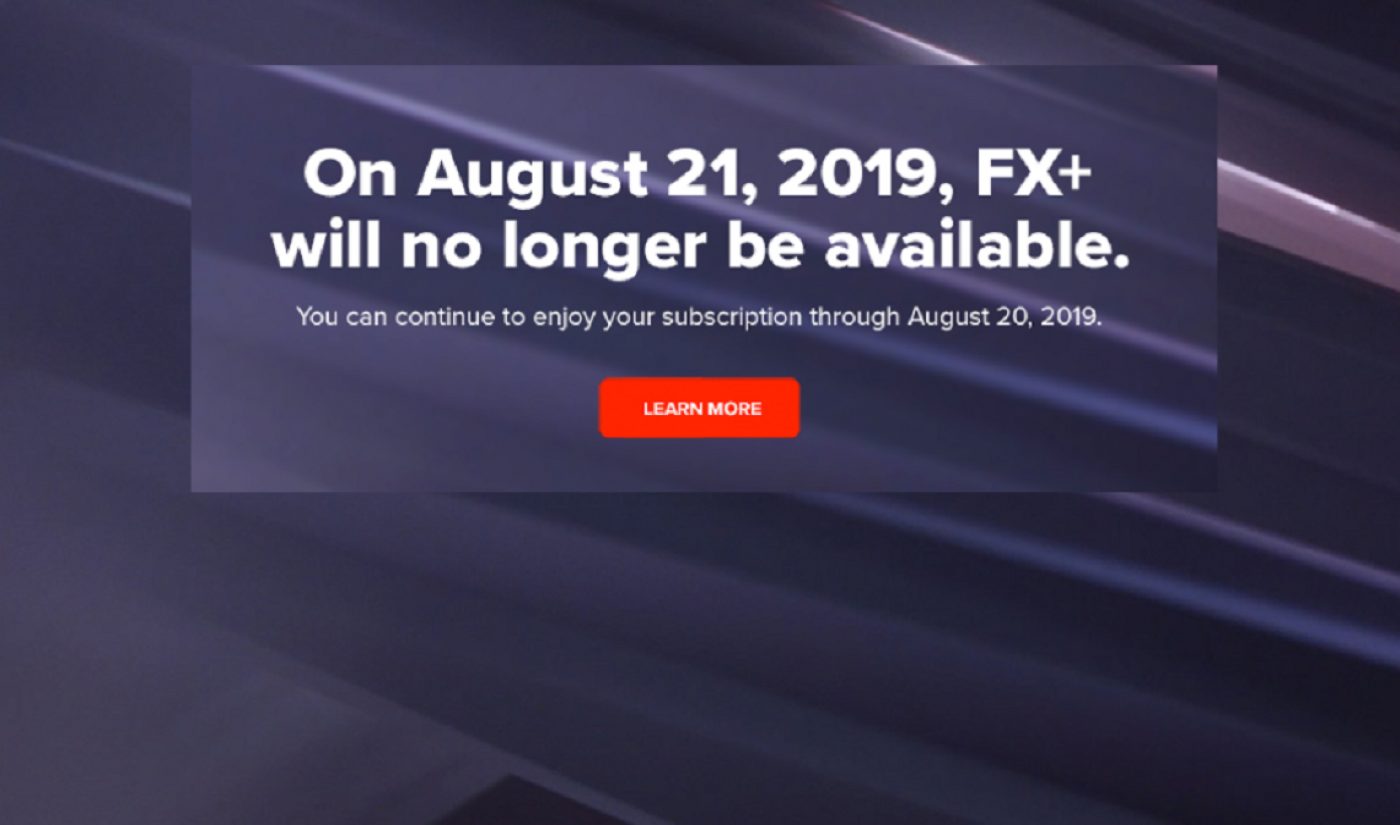 After less than a year of operation, FX Networks’ streaming service, FX+, is being shuttered by its new owner — Disney.

Disney gained ownership of FX, and thus FX+, in March as one tiny slice of its massive $71.3 billion acquisition of 21st Century Fox. FX+ launched in September 2018, accessible as a $6 per month add-on only to Xfinity, Armstrong, and Cox subscribers. The service offered up every episode of FX and FXX (a sister channel focusing on comedy) programming ad-free. The service never publicly released the number of subscriptions it garnered, Variety reports.

As of right now, FX doesn’t appear to have streaming plans in place for past seasons of shows. In a small FAQ about the shutdown, it says customers can watch current episodes of shows for a short period of time on the FXNOW app, but there’s no information about older episodes.

It would be easy to assume at least some of FX’s programming will end up on Disney’s soon-to-be-launched streaming service, Disney+, but that may not happen without a fight. As Variety reports, FX+ was specifically conceptualized as a way for FX to retain streaming rights for all its series, and to avoid doing deals with streamers like Netflix and Hulu (which is now 100% controlled by Disney thanks to the 21st Century acquisition and a complicated agreement with Comcast).

In fact, when FX+ launched, FX Networks CEO John Landgraf said the media entity had been “diligent about recapturing the in-season stacking rights [note: stacking rights allow a streaming service to offer all episodes of a current season, rather than just the standard latest five episodes aired] for all current programming and recapturing the rights to all seasons of a large portion of our legacy of great original series.”

But with Disney as owner apparently forcing the network to close FX+, that legacy of series will be utterly inaccessible unless FX is willing to bow and do a deal with a streaming service…like, say, Disney+.

Those who are subscribed to FX+ do not need to cancel their subscriptions or modify their billing information, the network said in its shutdown FAQ. Billing will automatically cease in August.