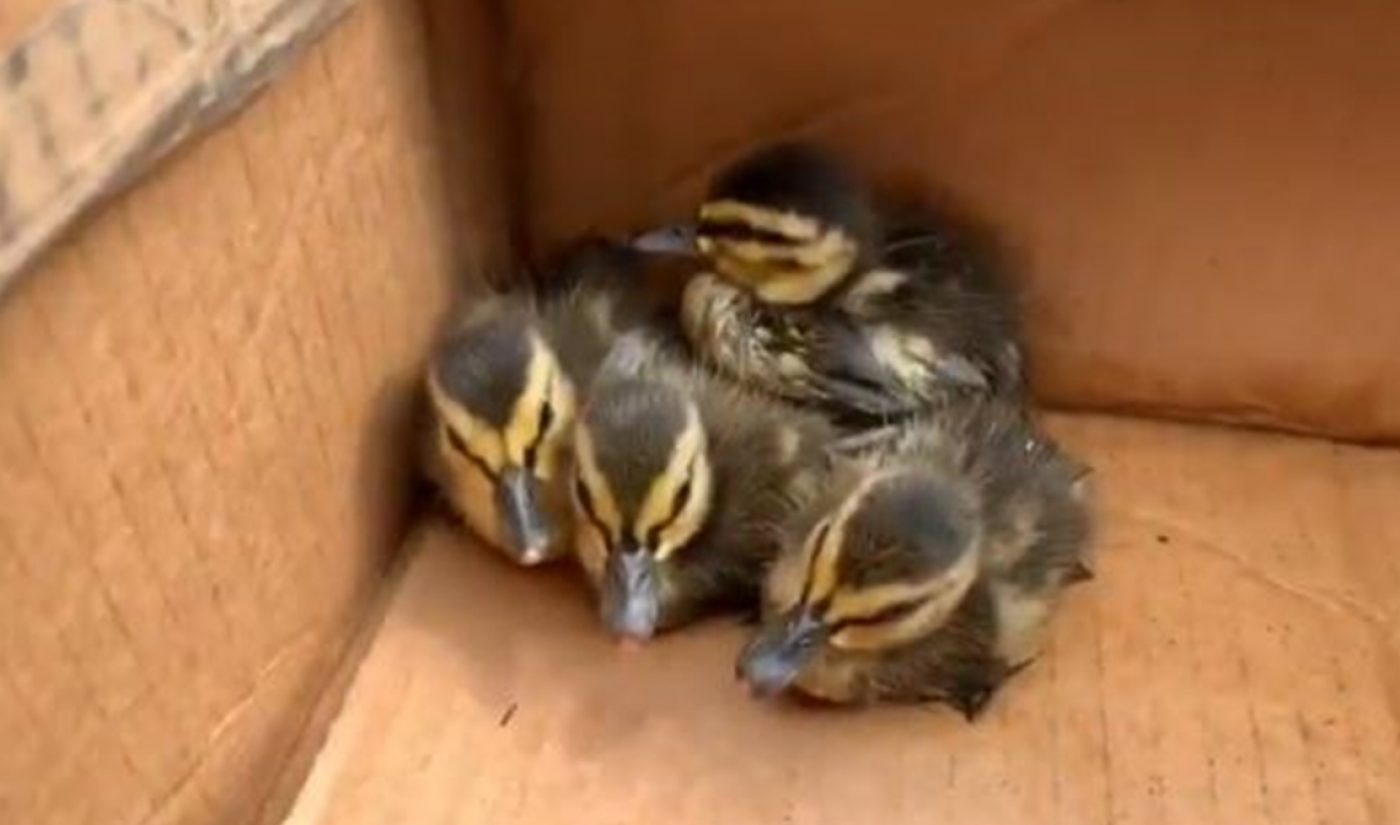 When firefighters in Littleton, Colo. were called to rescue four frightened ducklings trapped in a storm drain pipe, they initially had a tough time luring them out, reports ABC News.

Until one of the members of the South Metro Fire Rescue team had a brilliant idea. He fired up a YouTube video on his phone that played duck calls, and held it up to a pipe in a bid to coax the ducklings out. It worked like a charm. “The full flock of eight ducklings were safely reunited with their mother nearby,” the department tweeted, along with a video of the mission, which you can check out below. It has been viewed nearly 2,000 times.

“Did you play duck sounds?” one of the squad members asks. “That’s genius.”

In addition to the duck rescue, other heartening YouTube uses include: Cara Brookins, a single mom and domestic abuse victim who used YouTube tutorials to learn how to build a house, and Julius Yego, a Kenyan athlete who honed his javelin-throwing skills by watching relevant YouTube videos and eventually became an Olympian.

Since fire engines aren’t equipped with duck calls, Firefighters used the audio from a @YouTube video to talk 4 frightened ducklings out of a storm drain pipe in @CityofLittleton this afternoon. The full flock of 8 ducklings were safely reunited with their mother nearby. pic.twitter.com/J2L2ABydOP