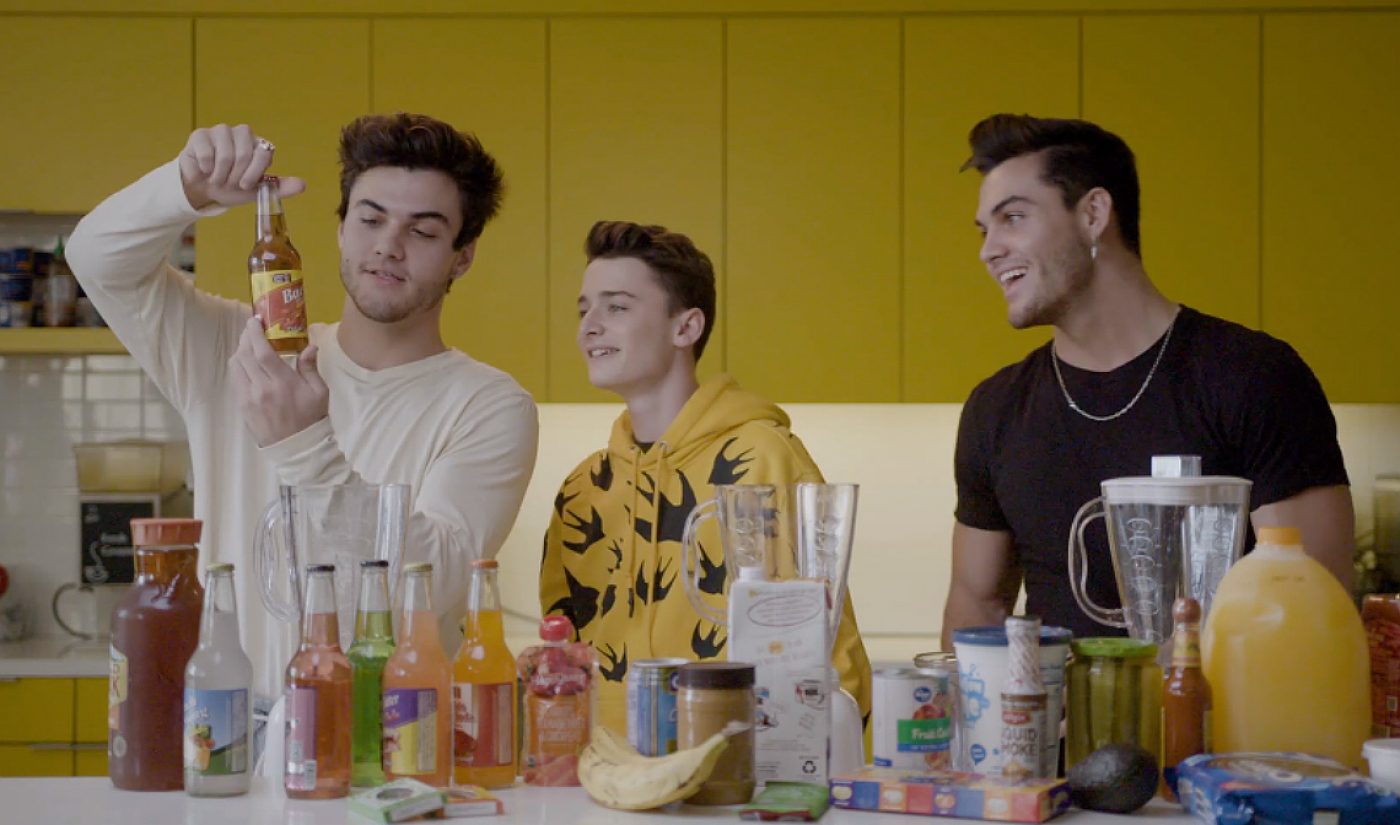 Stranger Things phenom Noah Schnapp, who plays main character Will Byers in Netflix’s hit original, has relaunched his YouTube channel with the aid of some familiar faces.

Ethan and Grayson Dolan, whose shared channel has 10 million subscribers on the platform, joined Schnapp for a fresh remake of one of their first videos: the infamous Blender Challenge. In Schnapp’s version, he and each of the Dolans must randomly draw five ingredients to blend, and must consume the final product. Some ingredients, like bananas and avocados, are fairly harmless. Others are more…adventurous. Like, for example, sour cream and onion crickets. And bacon-flavored soda.

To see which unlucky fellow winds up with flavored insects, check out the video below:

Schnapp, who’s 14, originally joined YouTube in 2017. His first video documented his journey to the SAG Awards, where the Stranger Things folks took home the award for Outstanding Performance by an Ensemble in a Drama Series. Schnapp’s channel pulled in 4k subscribers within just a few days. Now, he’s sitting at more than 26k.

Schnapp hasn’t officially commented on why he ended up taking a break from YouTube, but it looks like he’s returning with a new content strategy that reflects the sort of productions full-time YouTubers upload. All his old videos have been wiped, leaving his video with the Dolan twins as his only creation — for now.

the @dolantwins and i put a bunch of stuff in a blender and it was SO BAD. hit the link in my bio to watch my first YouTube video!

It’s worth noting that Schnapp is far from the only actor to have a YouTube channel. People like Will Smith and Dwayne ‘The Rock’ Johnson have been on the platform for a couple of years now. Recently, former Disney heartthrob Zac Efron launched a channel and Jennifer Lopez announced she’s retooling her own YouTube content to be more personal.