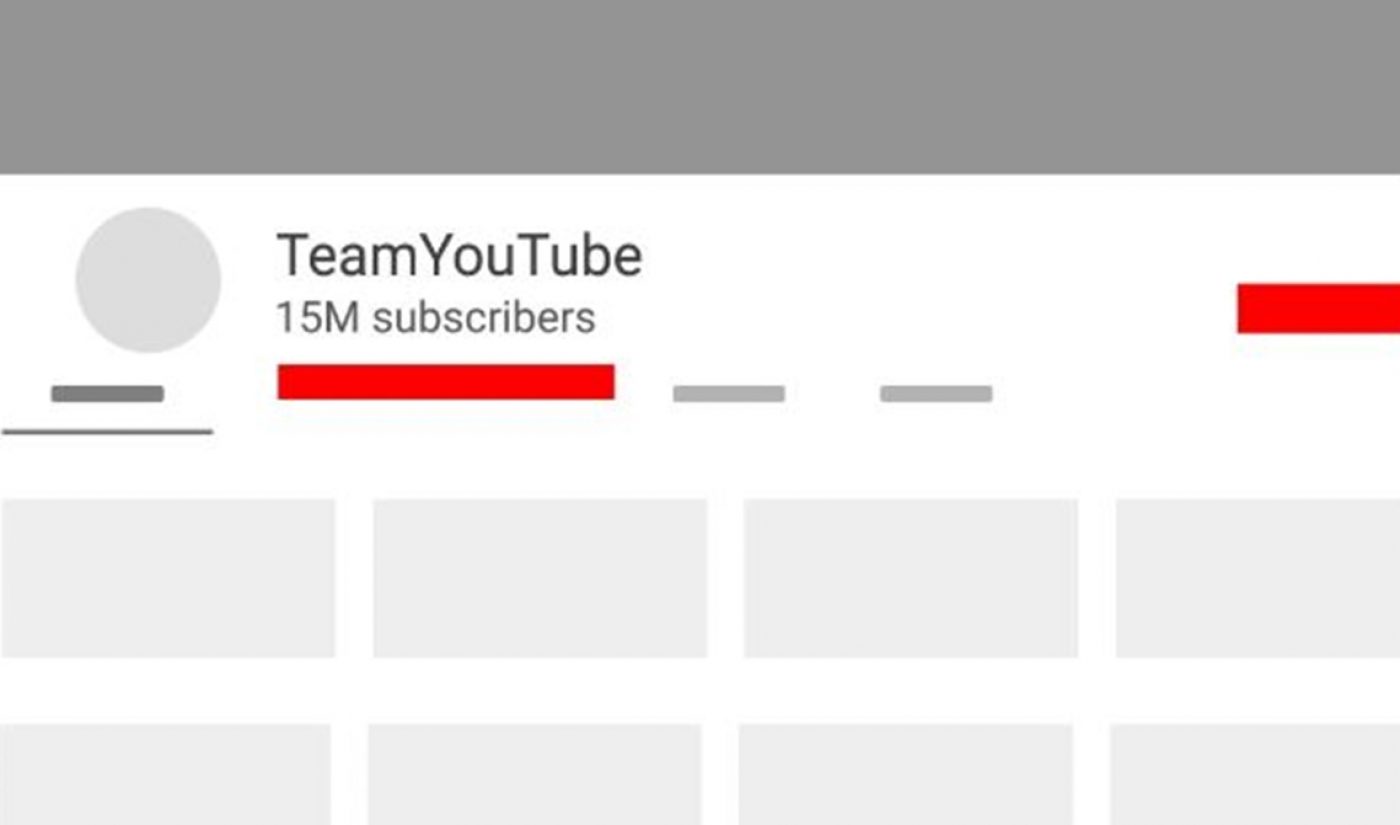 Come August, YouTube is rolling out a revolutionary change to the way that it displays subscriber counts across all platforms.

However, as of August, if a channel has 4,227 subscribers, for instance, their public display on all YouTube surfaces will read ‘4.2k.’ That is, until that channel reaches 4,300 subscribers — whereupon it will display ‘4.3k’. Notably, YouTube will not round up mathematically. So, even if a channel has 4,299 subscribers, for example, it would still only display as ‘4.2k’. For channels with hundreds of thousands or million of subscribers, YouTube notes that it will use the following formats, respectively: ‘100K’ (note the lack of a decimal point) and ‘1M’.

It’s also worth noting that creators will always be able to see their exact subscriber counts in their YouTube Studio dashboards. YouTube also said that change will only impact subscriber counts, and will have no bearing on displays of views, likes, or dislikes.

“Third parties that use YouTube’s API Services will also access the same public facing counts you see on YouTube,” YouTube wrote in its support post. To this end, third party websites like Social Blade, which track YouTube subscriber stats granularly, may be inhibited in their ability to do so as of August.

The Verge notes that YouTube is rolling out the overhaul in the wake of a massive rift within the beauty community last week, where fans breathlessly tracked the subscriber gains and losses of feuding creators Tati Westbrook, James Charles, and Jeffree Star. To this end, many YouTube channels also livestreamed the real-time subscriber losses and gains during the controversy — much in the same way that FlareTV did so successfuly during Felix ‘PewDiePie’ Kjellberg’s subscriber battle with Indian music giant T-Series. In many instances, this information is culled from Social Blade.

YouTube declined to comment about whether it was rolling out the display change in response to such situations. In its forum post, it said that it was doing so “to create more consistency everywhere that we publicly display subscriber counts.”