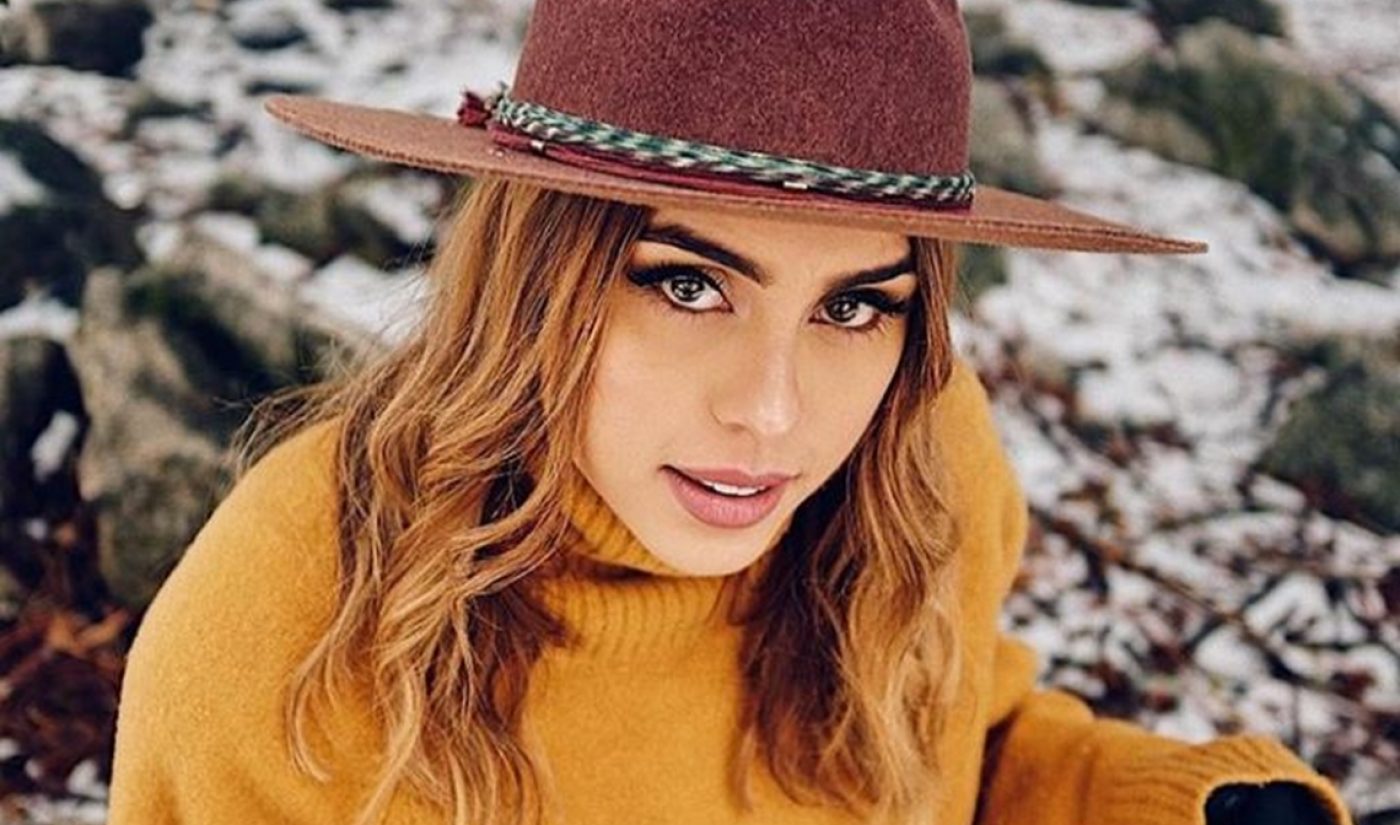 Twenty-four-year-old Colombian YouTuber Paula Galindo is one of the foremost beauty vloggers in Latin America, with 8.7 million subscribers on her Spanish-language PauTips channel, and 7.4 million followers on Instagram.

And now, Galindo is parlaying her online fame into an international beauty brand dubbed Paula By Pautips. The collection is being produced by France-headquartered beauty firm Maesa, and launched in Galindo’s native Colombia last November. Galindo says that sales exceeded projections by 30% — an encouraging sign as she eyes expansion into other markets. While currently only available in Colombia, Paula By Pautips will roll out to other Latin American countries, including Mexico, as well as the U.S., before the year’s end, the company says.

The line comprises blush, setting spray, highlighter, eyeshadow palettes, lipsticks, and brushes — complete with pastel pink packaging and the brand’s logo written in simple cursive. Prices range from roughly $11 for a lipstick to $23 for an eyeshadow palette.

In addition to her retail pursuits, Galindo works in close collaboration with Raze — the Latino digital media company that was co-founded in Jan. 2017 by actress Sofia Vergara amid a seven-figure funding round. Raze, which creates content for platforms like Facebook Watch and works with a slew of YouTube stars throughout Latin America, is currently in pre-production for season two of its hit makeover series hosted by Galindo dubbed Tu Mujer Version — which translates to ‘The Best Bersion Of Yourself’. The series, which is distributed on Raze’s YouTube channel, is named after a book Galindo wrote that bears the same title.

Galindo launched her YouTube channel eight years ago, and last year won the Streamy Award in the ‘International Creator’ category. (The Streamys are produced by Dick Clark Productions and Tubefilter).