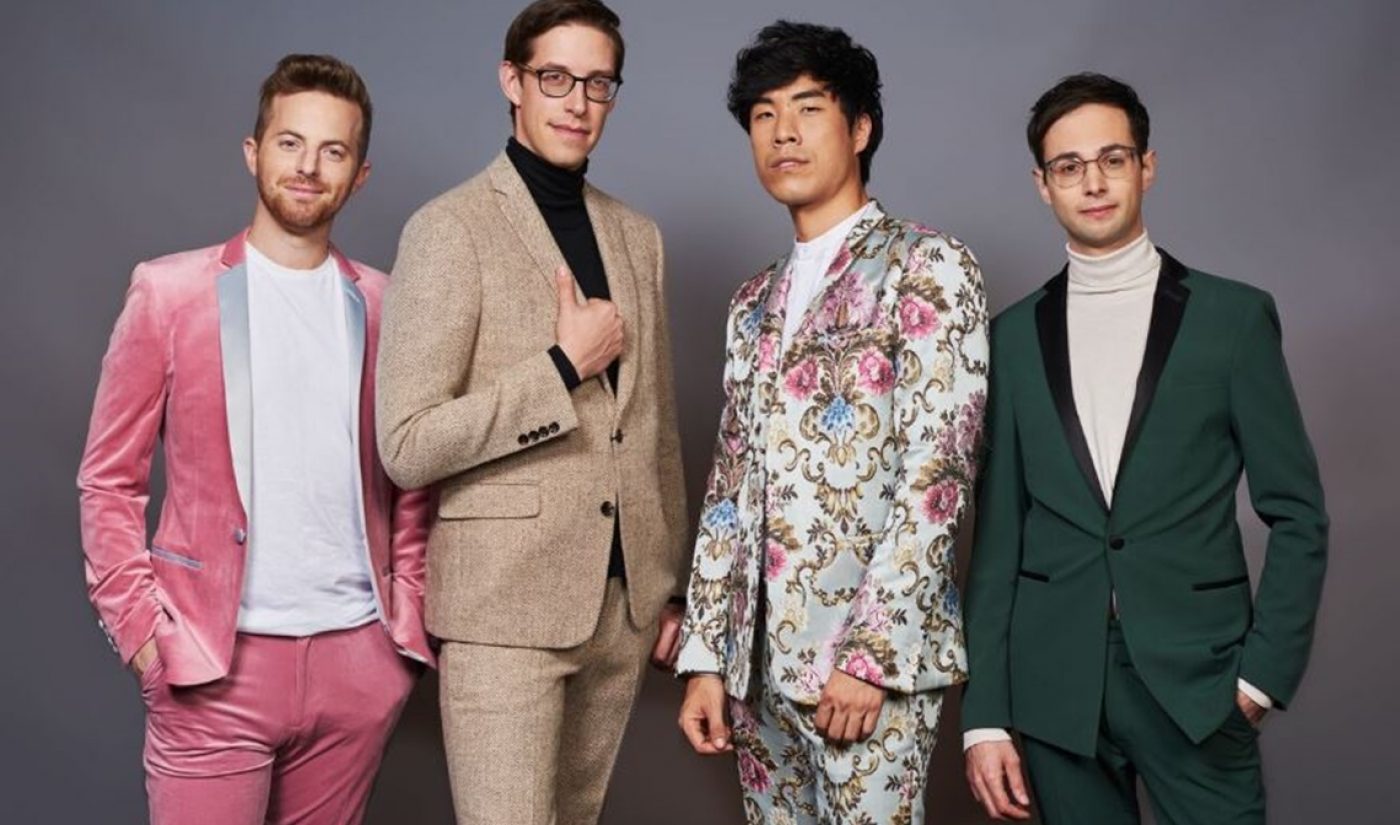 The Try Guys have some big shoes to fill. Following YouTube star Jon Cozart’s wickedly funny turn as host of last year’s Streamy Awards, the comedy quartet has been tapped to headline this year’s show.

CONSIDER THIS A WARNING: THIS #STREAMYS HOST ANNOUNCEMENT IS WAY 2 HOT 2 HANDLE. 🚨

The Try Guys — comprising Ned Fulmer, Eugene Lee Yang, Keith Habersberger, and Zach Kornfeld — rose to renown on BuzzFeed with viral clips in which they attempted various uproarious feats, including labor pain simulation and swimming with sharks. Since the launch of the supergroup in 2014, the Guys have netted 1 billion views across all social platforms. In June, they ventured out on their own to form an independent production company called 2nd Try — with BuzzFeed remaining onboard as an ad sales partner.

In addition to hosting duties (the Guys promised “amazing performances and surprises” in an Instagram post), the group is nominated for two awards this year: ‘Audience Choice: Show Of The Year’ and ‘Ensemble Cast’. The most-nominated creators at this year’s awards, however, include David Dobrik, Casey Neistat, YouTube Premium’s Escape The Night, and Emma Chamberlain.

“Ever since The Try Guys showed us how they prepared to present the Streamy Award for ‘Beauty’ [see below], we knew they were game for anything — and we’re proud they can add ‘hosting the Streamys’ as another challenge in their repertoire of tries,” said Streamys creator and executive producer Drew Baldwin, who is also the co-founder of Tubefilter. “I cannot wait to see what scintillating plans their hive-mind will devise to celebrate the achievements of the creator community.”