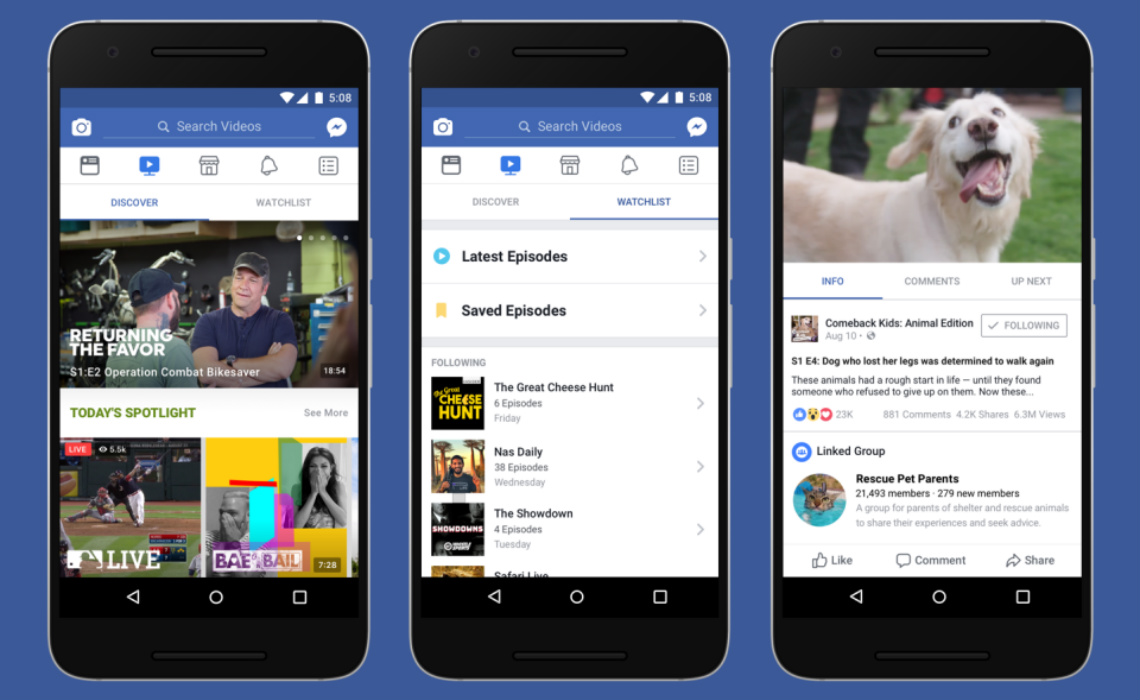 Facebook today announced that its on-demand, free-to-view video service, Facebook Watch, will now be available around the world instead of just in the U.S., as it had been since its launch in August 2017.

The social media giant is also pumping up people’s ability to monetize their Facebook Watch videos by expanding its Ad Breaks program. Previously, Facebook only offered Ad Breaks — where spots run in the middle of videos, and the social network shares revenues with creators — to a limited amount of users. Now, the feature will roll out to all eligible publishers and creators in the U.S., UK, Ireland, New Zealand, and Australia.

However, the criteria for Ad Breaks eligibility will still keep the amount of people who can use it fairly tight. Pages on Facebook are only eligible for Ad Breaks if they’ve been creating three-minute videos that have, over the past two months, nabbed at least 30,000 one-minute views. On top of that, the Page must have 10,000 Facebook followers, meet a bevy of ‘Monetization Eligibility Standards,’ and be located in one of the above countries. (Facebook plans to expand Ad Breaks eligibility to a couple dozen more countries in September.)

For comparison, to monetize via YouTube’s Partner Program, YouTube creators’ videos must have surpassed 4,000 hours of watch time within the past year, and their channel must have at least 1,000 subscribers. These elibility standards were introduced this past January. Previously, there was no subscriber requirement, and creators’ channels simply had to have 10,000 lifetime views.

Facebook is also giving all creators and publishers globally access to its Creator Studio –a backend management dashboard for videos, and adding an ‘Insights’ tab to that dashboard. Insights is intended to help creators better track their contents’ audience retention rates.

While Facebook Watch is not yet ready to compete with YouTube when it comes to pulling in independent content creators (especially considering only half of U.S. adults even know it exists), the platform is certainly going big when it comes to producing homegrown content. Facebook Watch will be the home of upcoming Catherine Zeta-Jones drama Queen America, has been in talks to pay $10 million for a Cristiano Ronaldo reality series, and recently teamed up with seven large media companies to produce a suite of news content exclusive to Facebook Watch.