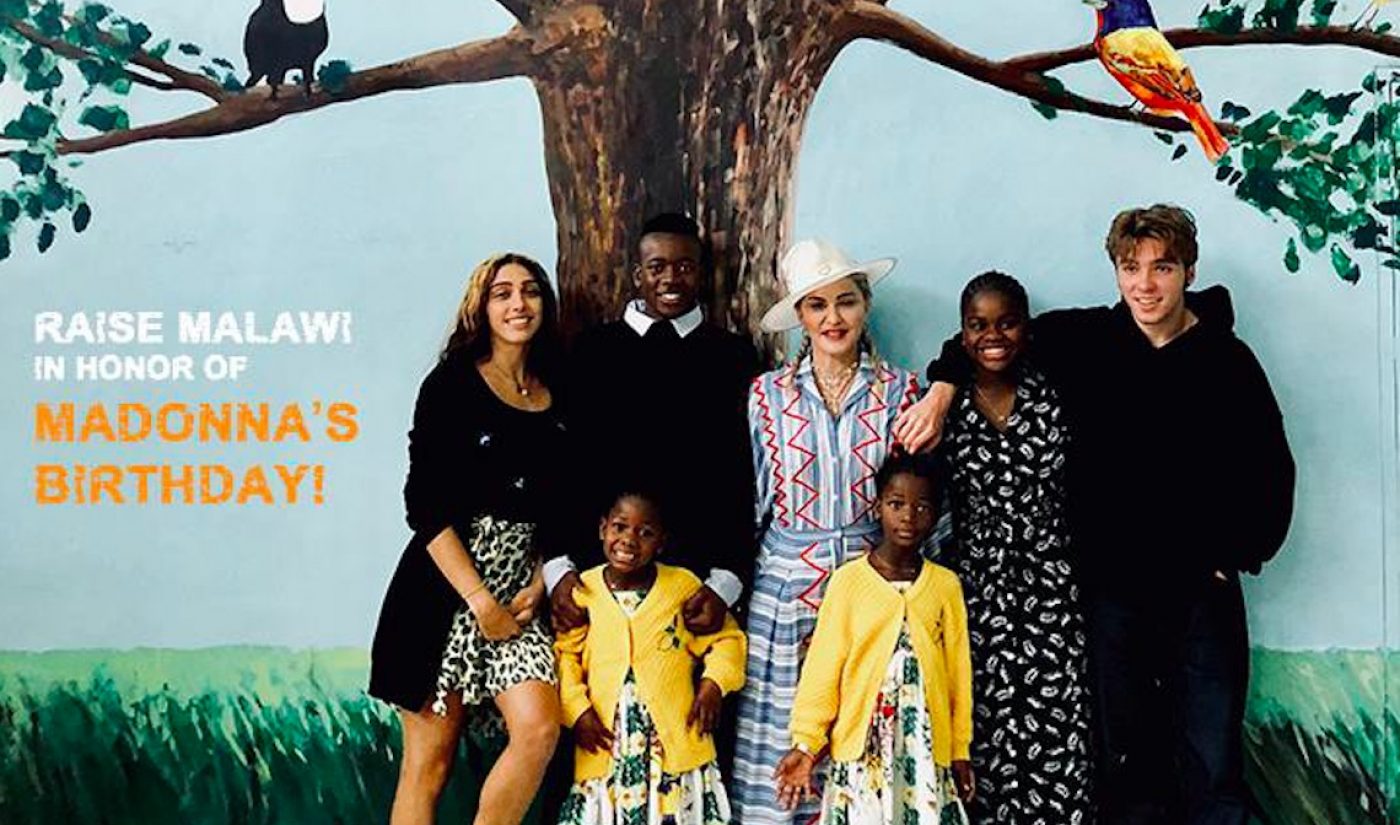 Facebook has many functions—you can use it for everything from sharing photos of a recent trip to influencing political campaigns. But lots of people simply check into the social platform to wish their friends and acquaintances a happy birthday, and because of that, Facebook users have raised $300 million in the last year for various causes.

Exactly one year ago, Facebook launched its birthday fundraisers initiative. The feature allows users to raise money for a cause of their choosing by creating a fundraiser page in honor of their birthdays. Around 750,000 nonprofits in the US allow for this type of Facebook-enabled funding, including the American Cancer Society, the ASPCA, and the Alzheimer’s Association.

Most recently, Madonna took to Facebook to create a fundraiser for her 60th birthday (which is today – Happy Birthday, Madge!). The fundraiser, which aims to support Madonna’s Raising Malawi foundation, will benefit children in the country by putting money toward “meals, schools, uniforms, and healthcare,” according to Madonna’s birthday fundraiser page on Facebook. The fundraiser started on July 30 and will end on August 31. So far, it’s raised $212,171 of its $300,000 goal.

Other successful birthday fundraisers over the past year include NBA player Stephen Curry raising $82,512 for Nothing But Nets, an organization that works to prevent childhood malaria. Others have raised more modest funds for organizations like 13th Street Cat Rescue in San Jose and the Lorraine Hansberry Theatre in San Francisco.

Today, Facebook announced some changes to the fundraising tool. Citing user feedback, Asha Sharma, the company’s head of products for social good, wrote in a blog post that Facebook would be adding the ability to match donations and add organizations to people’s fundraisers. Brand and non-profit pages will be able to create their own fundraisers, and users will be able to set up recurring monthly donations to their chosen causes.

In addition, Sharma wrote that the social/media company will “soon” provide more detailed information about each non-profit organization that participates in Facebook fundraising—information like organizations’ missions, locations, and “how many people like their Page.”

Outside of its birthday initiative, Facebook has dabbled in charitable donations in the past. For example, last June, the platform allowed users to donate money during a live stream of an Ariana Grande concert aimed at raising funds for families of the victims who were killed during a terrorist attack at her Manchester show the previous month. And a Facebook Watch series announced in December 2017, Do or Dare, features celebrities competing on behalf of their charities.