Check Out This Fully-Functional, YouTube-Based Edition Of ‘Who Wants To Be A Millionaire?’ 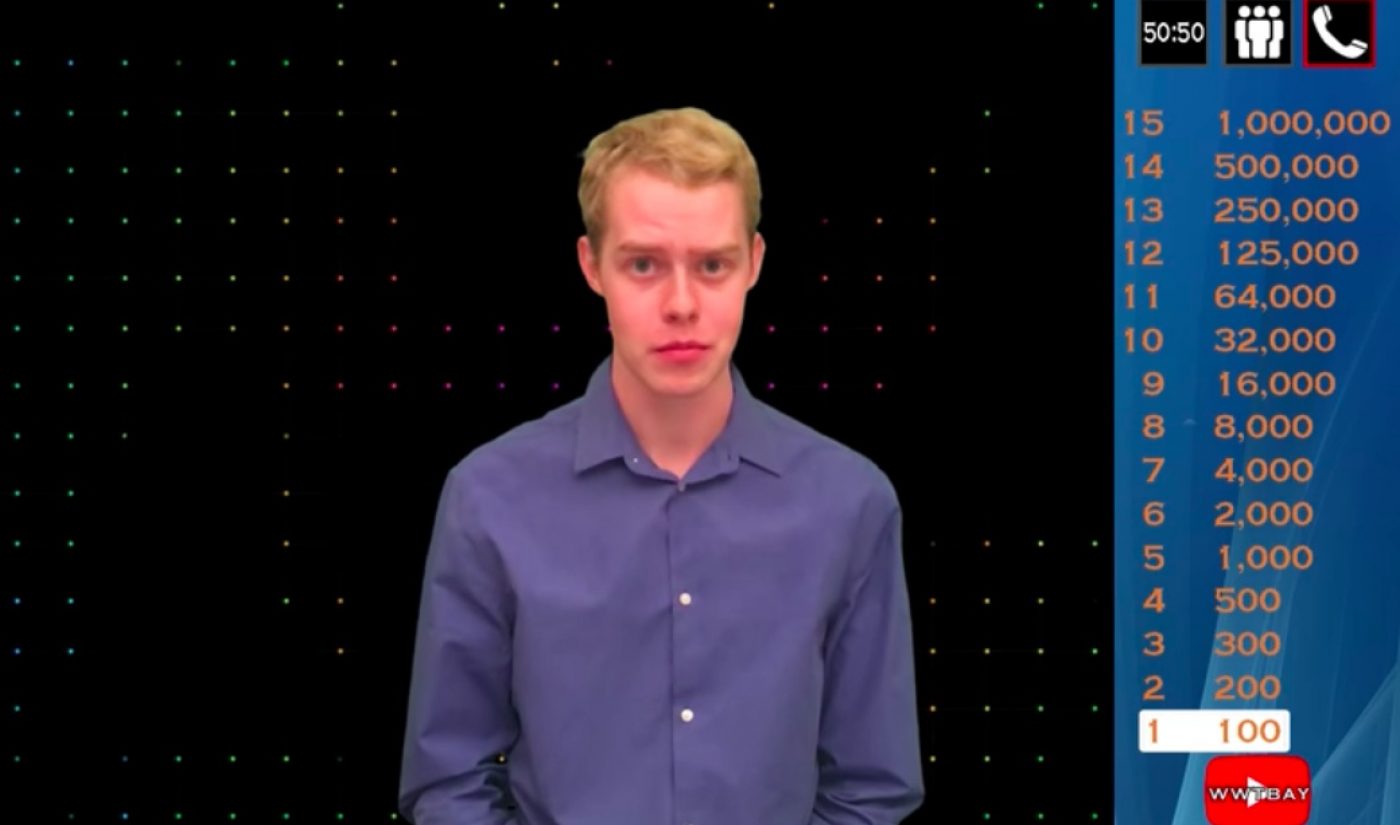 YouTube’s annotations, before they were phased out in favor of cards in 2017, were used to power a few cleverly-designed formats, including several choose-your-own-adventure games that lived entirely on YouTube.

Though cards are now the way of the YouTube world, creators are still finding innovative ways to gamify the world’s top video site. The latest example comes from a guy named Nigel, who used cards to create a YouTube-focused version of Who Wants To Be A Millionaire?, titled Who Wants To Be A Youtuber.

The game, which Nigel shared on Reddit, works the same as the TV version of Millionaire, albeit with a few cosmetic tweaks that will protect Nigel should Millionaire rights holder Sony Pictures Television come knocking. Players must answer 15 increasingly-difficult questions in a row in order to win “1,000,000 subscribers.” Get a question wrong, and you’ll have to start over. Three lifelines — 50/50, ask the comments section, and ask a YouTuber — are available to help you with your quest.

Despite writing about YouTube for a living, I flamed out at the $64,000 tier thanks to a tough question about Cinema Sins. Still, even though I’m salty about my loss, I must say the amount of effort Nigel put into this is thoroughly impressive. Creating separate landing pages for different combinations of question tiers and available lifelines could not have been a quick task.

And, to put a cherry on top, this is the only series available on Nigel’s YouTube channel. If he was looking to establish himself as a creator to watch, he’s succeeded.