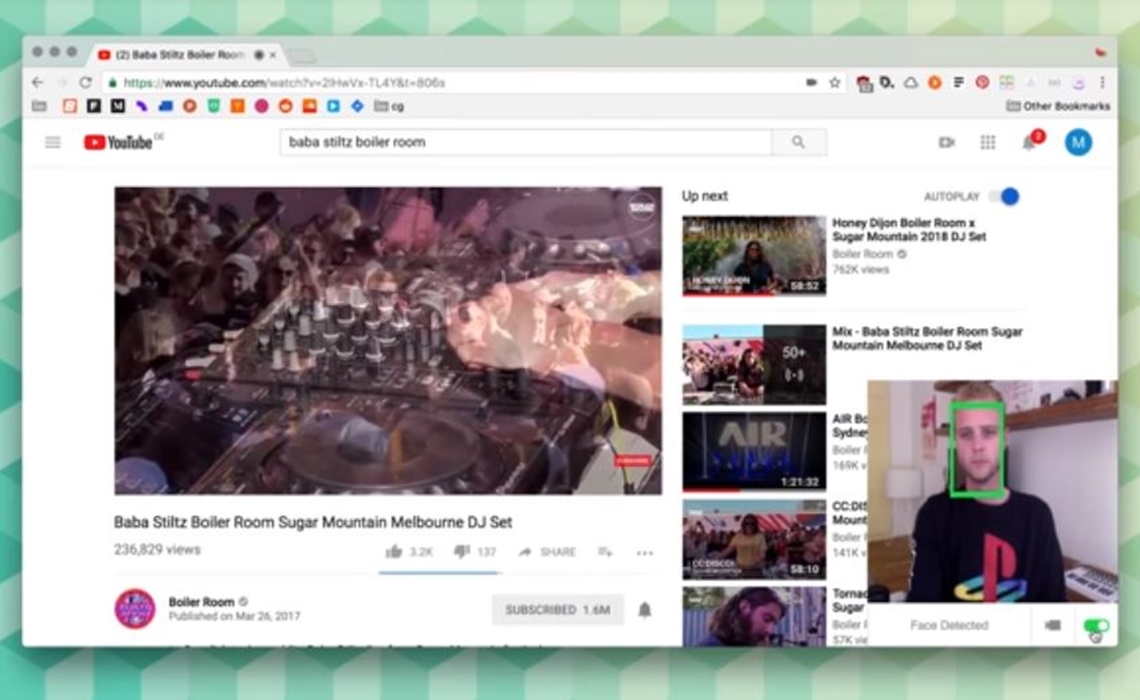 A Berlin-based developer has conceived an eerily convenient extension for Google Chrome that automatically pauses YouTube clips when a viewer averts his or her gaze.

The extension, dubbed FacePause, was helmed by Mattias Hemmingsson and is able to detect when viewers aren’t staring directly at their computer screens, per Gizmodo. The extension works via Chrome’s built-in FaceDetector application programming interface (API), which can detect faces in onscreen images. The app appears to track when viewers’ entire faces are trained on their screens, and thus likely won’t pause when reading comments or browsing what to watch next — although Hemmingsson does note that FacePause tends to be a bit buggy in the dark.

“I don’t trust my webcam and I have it covered,” he writes of the project, noting that he “sees this more as an experiment of Chrome’s new technology than a product you’d use every day.” (The extension illustrates the ways in which Chrome can essentially be trained to “watch” its users).

You can check out a demo of the app below, or download FacePause right here — after which you’ll need to enable Chrome’s experimental web platform features, per Gizmodo. After doing so at chrome://flags/#enable-experimental-web-platform-features and relaunching your browser, you should be good to go.