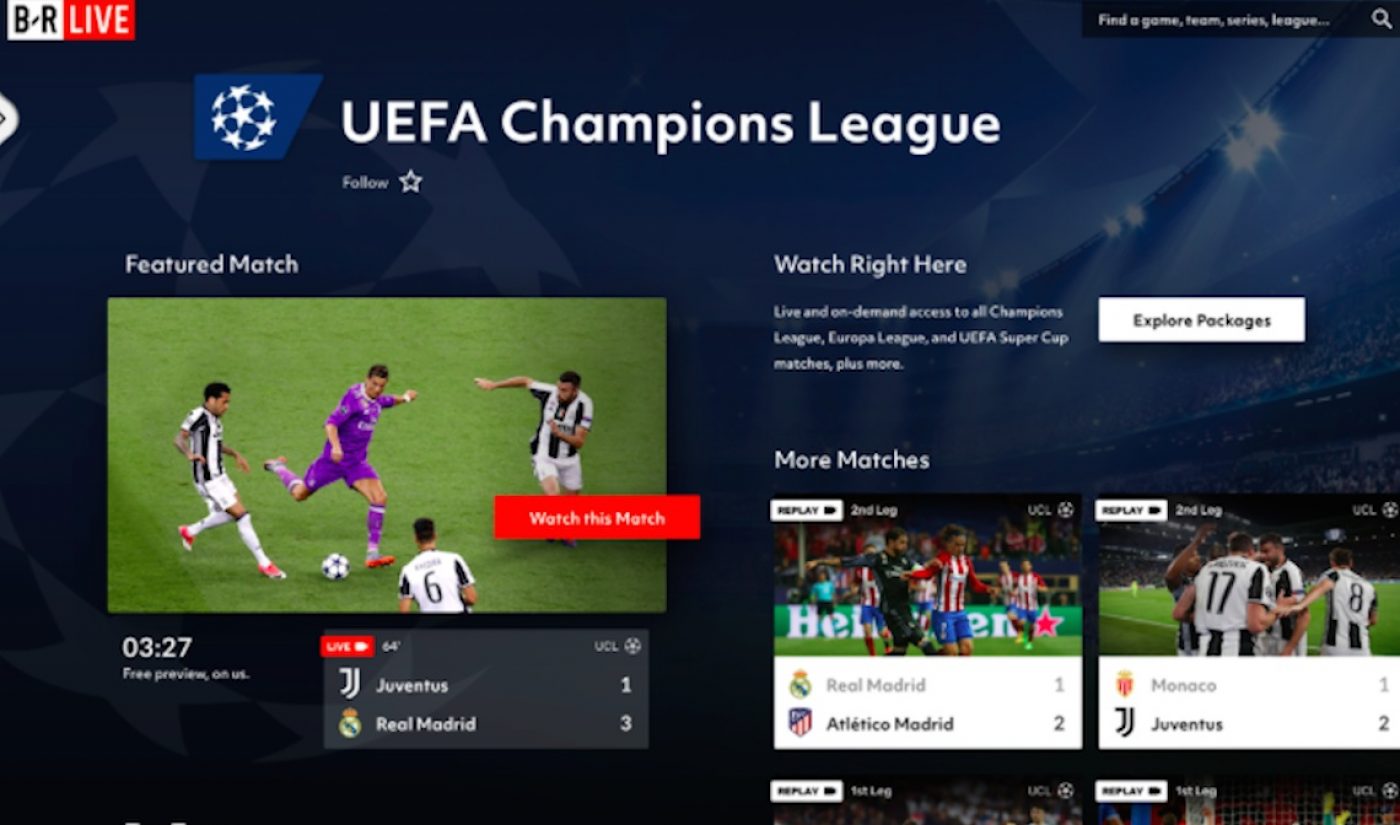 Turner is launching a new livestreaming service based on its digital sports property, Bleacher Report. Unlike other sports streaming services, users will be able to pay for just one game at a time.

Called Bleacher Report Live—alternatively referred to as B/R Live in the press release—the service is set to debut in April with a free “preview period.” The first available streaming event will be the doubleheader NFL Spring League games on April 7 (the first of which starts at 1:30 PM CST in Austin).

Though Turner hasn’t revealed specific viewing costs for games streaming on Bleacher Report Live, the media giant calls pricing options “flexible,” with the opportunity to pay either per single game or for a full subscription. The service will feature content from UEFA Champions League, UEFA Europa League, NBA League Pass games, 65 NCAA Championships, PGA Championship, National Lacrosse League, and even the World Arm Wrestling League, among others. Starting next season, NBA League Pass games will be available on the service at a discounted price (again, not yet specified), as well as on the NBA app and website.

In addition to letting users tailor their own viewing packages, Bleacher Report Live will offer ways for users to personalize the service, including a recommended content aggregator. Meanwhile, a live feed of sporting events will help users find current games.

With the launch of Bleacher Report Live, Turner aims, in part, to target millennials. Turner president David Levy cited a “high concentration of millennials” in talking about fans looking for “direct access to premium live sports” in a press release announcing the launch, going on to explain that the company had long been prepared for Bleacher Report to evolve into a “virtual network.”

Turner acquired Bleacher Report back in 2012 (for at least $175 million). The livestreaming iteration will rely on Turner’s iStreamPlanet video technology, which is used by media companies including CNN, FuboTV, TNT, Cartoon Network, and NBC Sports.