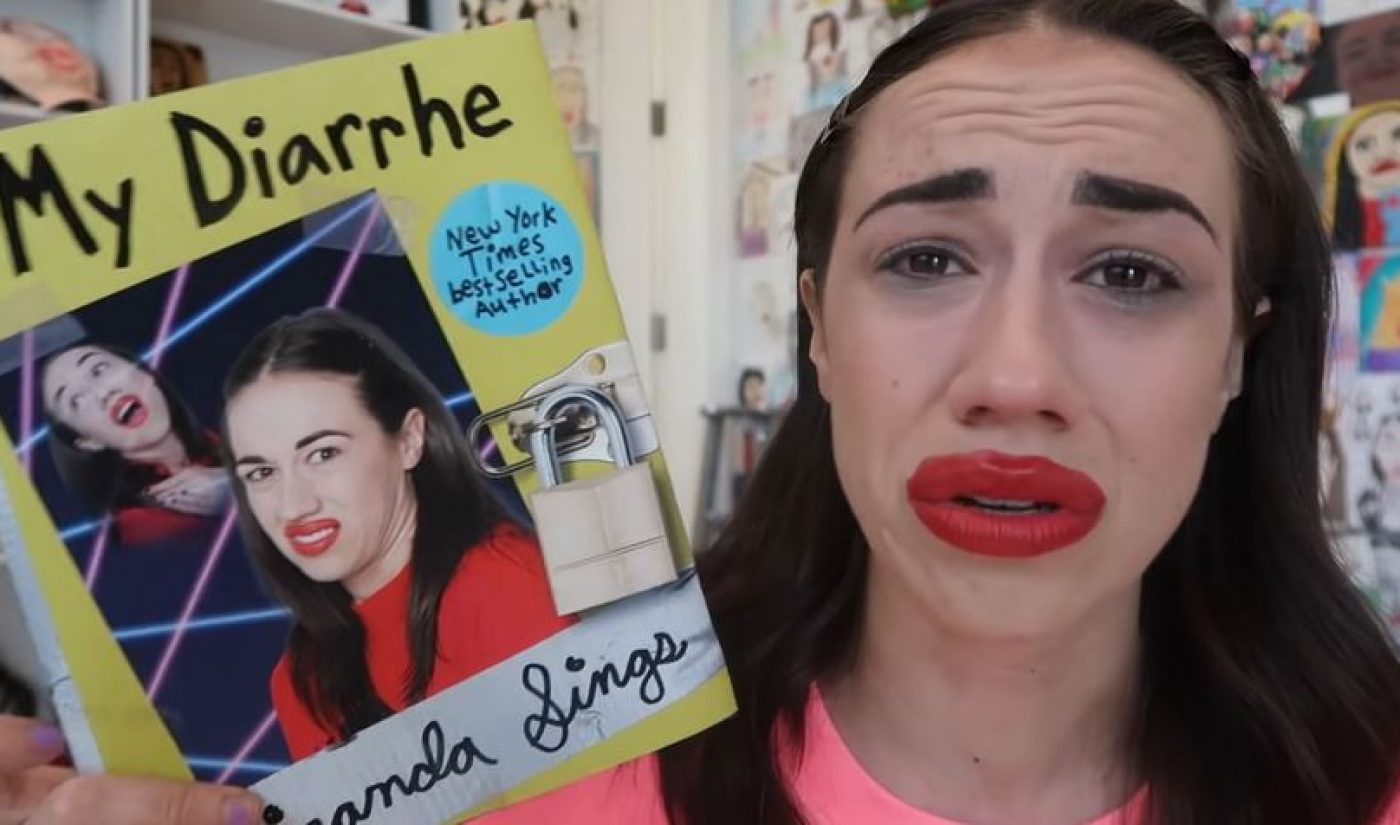 Miranda Sings may not be coming back to Netflix for a third season of her scripted series, Haters Back Off, but the beloved character creation of YouTube luminary Colleen Ballinger is forging onward as a noted author.

Ballinger will release Sings’ second book in July called My Diarrhe — an indubiously scatological spelling of the word ‘diary’. The book, published by Simon & Schuster, comprises Sings’ “leaked” diary — including pages from her baby book, poems from her teen years, dating secrets, and anecdotes about her ascension to viral renown. “It has every single secret about my life in it,” Sings writes in a description provided by the publisher. “My first kiss, my first period, stories about secret family members, secret photos of other celebrities, etc… so don’t read it!”

My Diarrhe, priced at $24.99, is currently available for preorder. Sings also made an announcement video on YouTube, in which she tearfully recounts how her diary was stolen by Simon & Schuster — vowing to get revenge on the “hater” thieves. “Why couldn’t I have just had a sex tape,” she wails. “That would’ve been better than this.” Check it out below:

Ballinger, 31, released Sings’ first book, Self Help, in 2015. The guide to nabbing a boyfriend and performing magic tricks — complete with illustrations from Sings herself — was a New York Times Best Seller, and also climbed to the top of several Amazon charts.

Sings is currently in the midst of a nationwide live comedy tour.