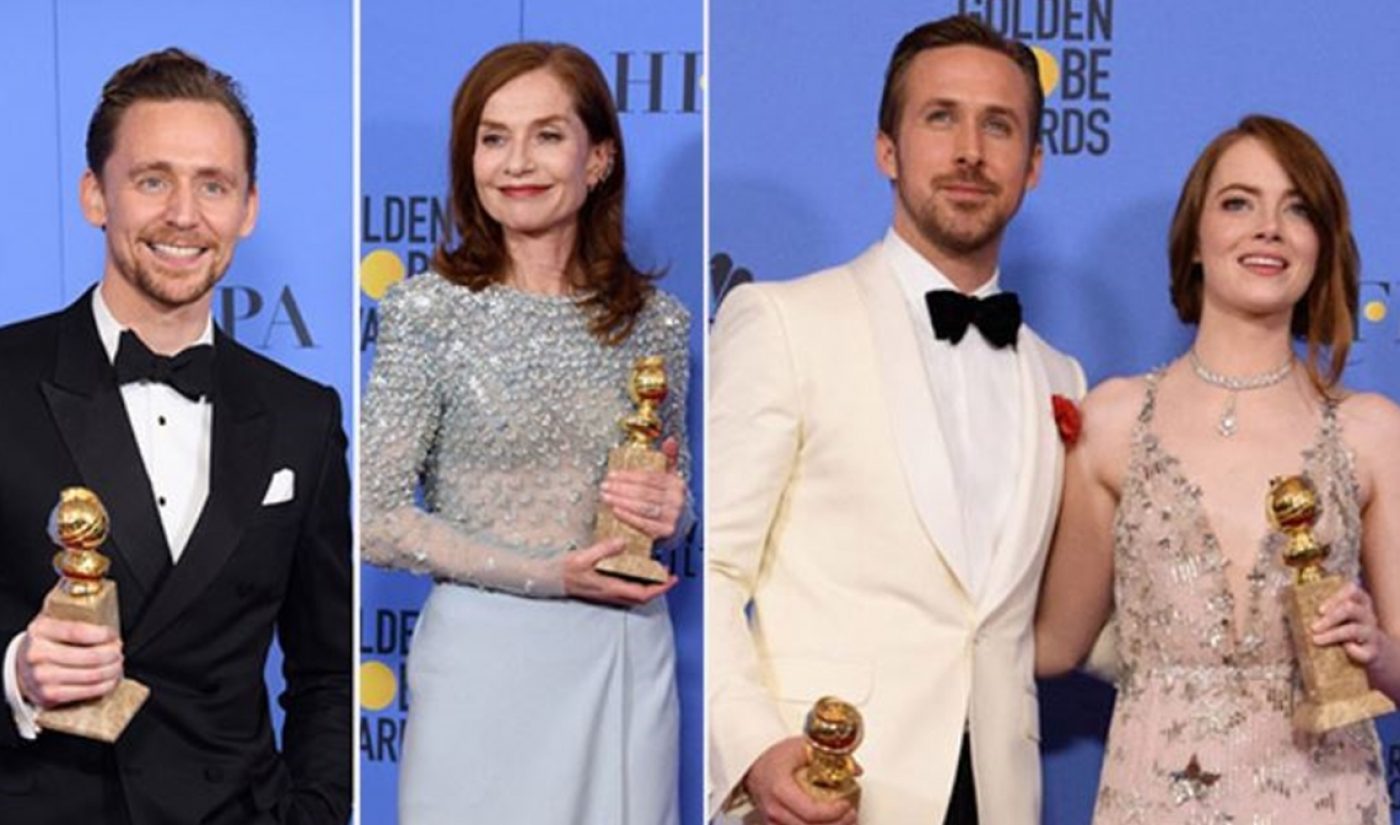 Ahead of the 75th annual Golden Globe Awards, set to air this Sunday on NBC, Facebook has inked an exclusive livestreaming pact with the Hollywood Foreign Press Association (HFPA) and Dick Clark Productions (DCP).

Facebook will stream a two-hour red carpet pre-show titled The HFPA Presents: Globes Red Carpet Live beginning at 6 pm ET, according to Variety. The DCP-produced broadcast will be hosted by television personalities AJ Gibson and Jeannie Mai, the film critic Scott Mantz, and actress Laura Marano. The deal also calls for 360-degree Facebook videos as well as exclusive backstage content to be posted to the @GoldenGlobes Instagram account. Furthermore, the Story on the official @Instagram page will be hosted by Marano on the day of the awards.

“We always aim to create unique experiences which bring communities together, and partaking in the kickoff of award season in conjunction with the Hollywood Foreign Press Association is a demonstration of our commitment to bring fans together through entertainment they enjoy,” Sibyl Goldman, Facebook’s head of entertainment partnerships, said in a statement.

Last year’s Golden Globes pre-show was streamed on Twitter and co-hosted by YouTube personality Liza Koshy, ultimately drumming up more than 3 million viewers. Twitter subsequently inked a pact with DCP (which also produces the Streamy Awards with Tubefilter) to stream red carpet pre-shows for several award show properties throughout 2017, including the Academy Of Country Music Awards, the Billboard Music Awards, and the American Music Awards.