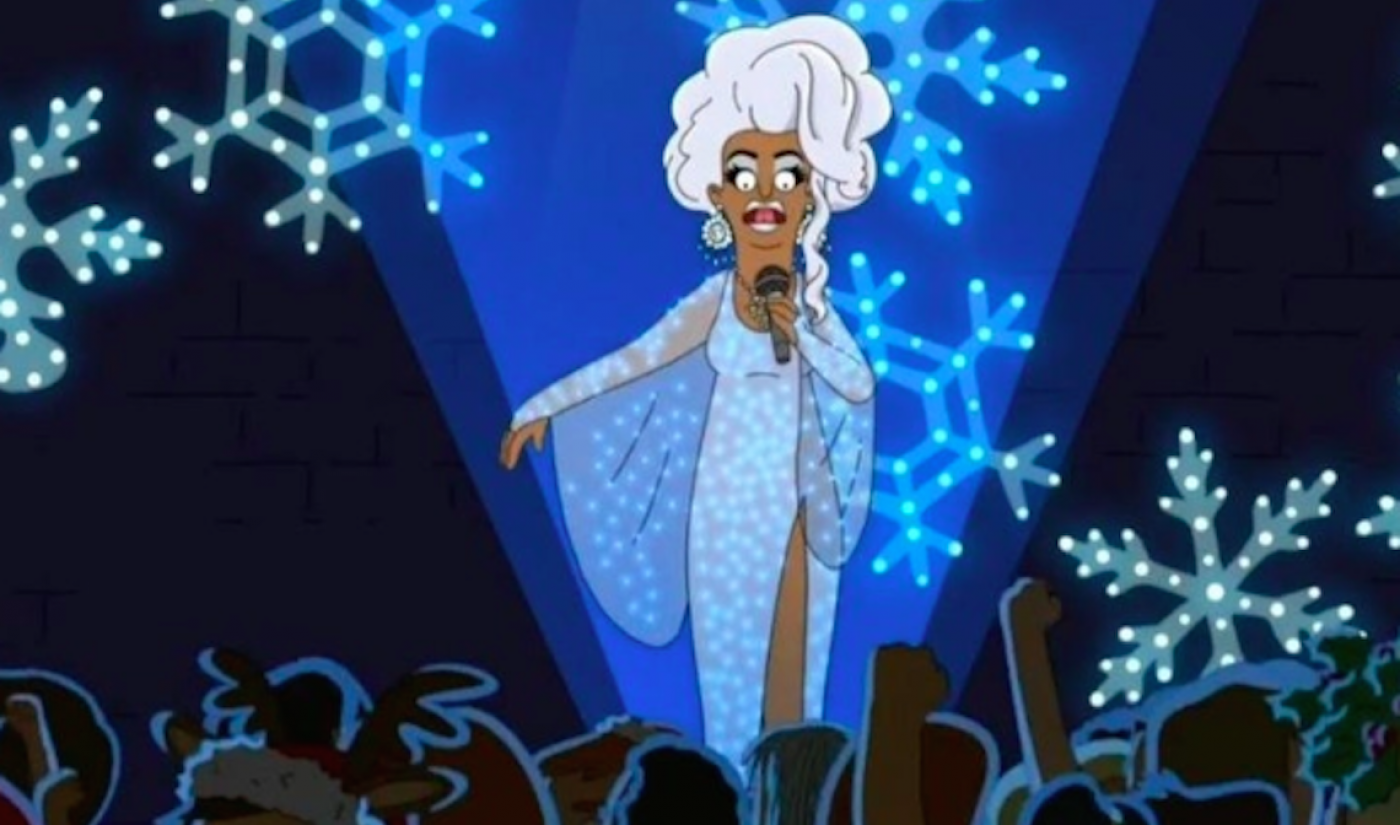 Digital star Todrick Hall did some dancing and singing in 2D for a change this past Sunday on network television.

Hall appeared as Christmas-themed drag queen “Miss Triple X-Mas” in the December 10 Bob’s Burgers Christmas episode The Bleakening. As Miss Triple X-Mas (who normally goes by “Cleavage to Beaver”), Hall sings a song titled “Twinkly Lights,” which he performs both in the episode at an underground rave and during the closing credits.

Hall announced his appearance in the family-friendly cartoon on Instagram. “HAPPIEST MOMENT OF MY LIFE,” he wrote, punctuated with clapping hand emojis. “And yasssss for this Deena Jones/Elsa dress they put me in.” Here is the full post:

HAPPIEST👏🏾MOMENT👏🏾OF👏🏾MY👏🏾LIFE. Just in case you missed me on @bobsburgersfox last night! Miss Triple X-Mas is lit, literally! And yasssss for this Deena Jones/Elsa dress they put me in. BAHAHAHA

Miss Triple X-Mas marks Hall’s first role in an animated series, but it’s far from his first time in drag. Hall has performed in the Broadway show Kinky Boots as Lola, a cabaret performer and drag queen. On his YouTube channel, Hall also frequently appears in costume, sometimes wearing drag and other times dressed as whatever his latest music video demands. In 2016, Hall served as a guest judge on RuPaul’s Drag Race.

The multi-talented online star has been busy as of late, having just recently celebrated the release of his documentary Behind The Curtain, produced by AwesomenessTV. He also showed up as a backup dancer in the music video for Taylor Swift‘s Look What You Made Me Do, and he’s currently preparing for a tour of his live show, Todrick Hall American — The Forbidden Tour in March.